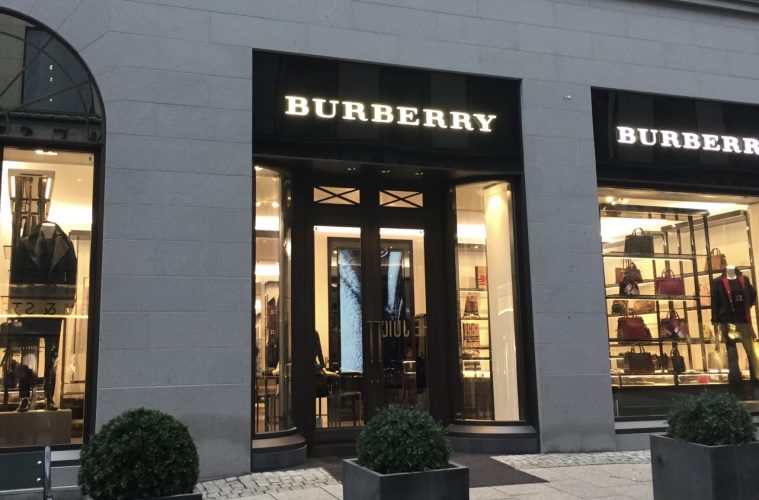 The History of the Iconic Fashion House Burberry

Burberry is one of the iconic brands that have stood the test of time thanks to its distinctive trademark, making it easily recognizable. Although the brand’s history goes back quite further, it still defines class and elegance for decades.

Burberry’s history made it a mainstay in global fashion and contributed to its evolution over the decades to transform into a staple in the industry. Here, you will find nothing but the truth about Burberry’s humble beginnings to its current powerhouse status.

The Founder Was Only 21 Years Old.

The most impressive aspect about the brand’s humble beginnings is that Thomas Burberry, its founder was only 21 years when he thought of the idea that has now become an icon. Thomas started with a draper shop in his neighborhood in 1857, which had only four thousand people meaning that he didn’t have many customers.

Nonetheless, Burberry had turned the shop into a fortune by employing men, women, and boys. Little did he know that this was just the beginning and that better things were in store for him.

When he first started his small shop in Basingstoke, England, Thomas Burberry sought to address outdoor sales with attires favored by notable figures such as Lord Kitchener. By 1871 the return on investment was significant, and Thomas significantly increased his workforce with the census details describing him as a manufacturer and draper with around 70 employees.

The return was massive that Burberry acquired a house with 160-acre land and hired staff to look over it. Eventually, he extended his family as it was becoming clear that the business world was favoring him.

In 1879, Thomas developed a concern for the extreme weather in England and saw the need for a weatherproof fabric that could withstand these elements. As a result, he invented the gabardine fabric, which ended up transforming his company and fashion as it is today.

The new outfit’s main inspiration was the shepherds’ practice of waterproofing their smocks with lanolin when grazing their flocks in Hampshire. Gabardine is made of light cotton fabric with wind and water resistance enhanced by its waterproof coating.

Then Came the Trench Coat

Notably, the trench coat gained its popularity after it appeared in most Hollywood films. As a result, the company started advertising its other garments, including the women’s trench coats that cemented their place in the 1940s.

Burberry and the Military

Before the trench coat even gained popularity among actors and consumers, it had already become an essential military gear piece. Notably, the trench coat was one of the attires that featured in the South African War worn by British soldiers.

By 1906, the coat had received special approval from the British office. Actually, the term trench coat was coined by the service members who gave the coat that name as they used it to fight in the trenches in World War 1. With time the coat gained public popularity both as combat attire and a fashion statement.

One of the notable aspects that have made Burberry endure the test time to time is its versatility since it can be used for multiple purposes, from military to office. In other words, the brand is more than style maintaining its roots for an outfitter of outdoor gear.

The consistency made the brand popular among explorers who found the attires favorite in their expeditions. The waterproof feature of these attires and the strong coating make them durable and protective, especially in extreme weather conditions.

Officially referred to as the Haymarket Check, the Burberry check pattern is arguably the most iconic design. You will find the scarf and bags’ design giving you a status symbol with a Scottish design with white, red, and black accents on the background.

The design was invented way after the company was established and started as a coat lining in the 1920s. However, the pattern was solely stitched into the coats and eventually other items. The design’s success prompted the company to manufacture the now-iconic check making it popular among the upper class and gained a status symbol.

The Symbolism in the Logo

Although the logo has some history, it didn’t come immediately in its inception but appeared later in around 1902. The logo features the Latin word for “forward” “prosum” with an equestrian knight. The knight also carries a shield to symbolize the company’s protection, determination, grace, and honor.

The logo has also evolved with the company, with a new logo introduced in 2018 incorporating “Burberry London England” as a brand revamp. The revamp also came with a new print that now features entwined letters “B” and “T” in honor of Thomas Burberry’s founder.

Although the brand enjoys international recognition, it is particularly beloved in the U.K. Besides, it is the most significant and most influential brand in the country and considered a British brand.

The company has played a substantial role in the country’s most troubled periods, such as the Second World War, and associates itself with a British identity. For that reason, the company boasts of its distinct British attitude both as a clever marketing tactic and as a demonstration of its affiliation and fabric.

The Burberry fashion and design company has undergone a robust transformation since it was invented in the 19th century by Thomas Burberry.

Today, the company boasts of local and international markets enhanced by incorporating modern strategies such as technology. Notably, the company has quickly adapted to the contemporary digital world to improve its brands and introduce new things.

What to Know When Buying a Home