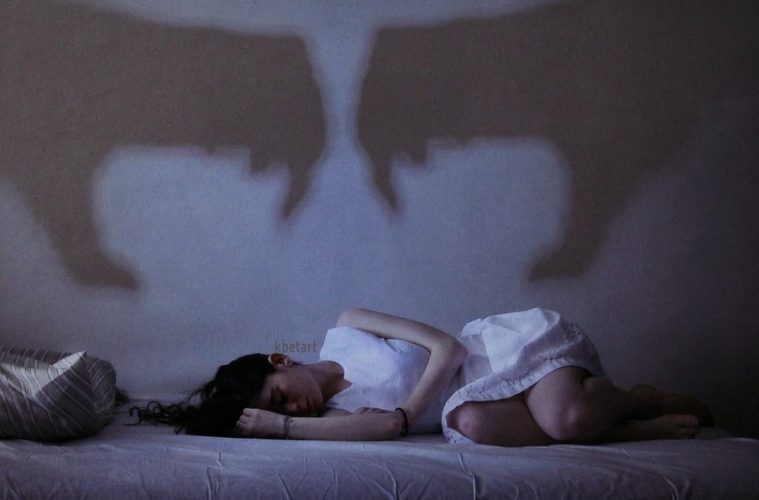 5 Most Common Nightmares And What They Say About Your Life

Have you ever wondered what makes you wake up in the middle of the night terrified senseless due to a dream you were having? Some of the most common dreams are someone chasing you, feeling that you’re falling into an endless pit, or the death of a loved one. Despite the nightmare’s nature, often are the times you wonder about dreams and their meanings.

How Often Do People Experience Nightmares?

Nightmares are routine among children. However, research shows that one adult out of every two experiences nightmares occasionally.

Sometimes, the bad dreams are so frequent and disturbing, causing sleeplessness, which sets the stage for fatigue and emotional issues.

At the core, nightmares are dreams that evoke profound feelings of distress, fear, or anxiety. What makes a bad dream a nightmare is that it causes you to awake from slumber.

Therefore, there are three types of dreams.

These are intense dreams that occur when you have a fever. Though unsettling, the dream episodes usually stop when your high body temperature subsides.

Recurrent dreams are those that keep coming back from time to time. Due to their repetitive nature, psychiatrists believe they represent unresolved conflict.

Vivid dreams are more impactful. They usually involve extreme emotion to the extent you might feel like you were actually in the dream. Vivid nightmares can be jarring.

Why Do Nightmares Happen?

Nightmares are a function of our subconscious mind and often represent an imbalance of some sort.

Check out some things that can cause you to have nightmares.

Taking some supplements or medications can cause you to experience nightmares. Some of the drugs proven to trigger nightmares include:

According to physicians, such drugs affect the brain’s activity and neurotransmitters, affecting the way you dream.

2. Substance use and abuse

Indulging in alcohol and recreational drug use can also make you experience nightmares. Withdrawal from the same can also cause nightmares.

This is a sleeping disorder that involves irregular breathing patterns. When someone has sleep apnea, their breathing tends to stop and start abruptly when they’re asleep.

People with this condition often dream about lacking oxygen. Such dreams can manifest in various forms like drowning, suffocating, or even a diabolical creature pressing against your chest.

Eating substantial portions before retiring to bed could be the reason behind your spine-chilling dreams. Eating increases your brain’s activity, resulting in restlessness during your slumber. This ultimately heightens your chances of experiencing a nightmare. Having a regular nap schedule can keep the boogeyman at bay.

What Are The Top Most Searched Nightmares and What Do They Mean?

Falling in your dreams is one of the most common nightmares, and could mean different things.

Firstly, it could be the feeling associated with your nervous system shutting down, to relax your body.

Secondly, it could represent the loss of control over a situation in your life. It’s associated with feelings of being overwhelmed or helpless. Thirdly, it could mean that you’re disappointed; either your plans fell through or something you had high hopes for didn’t go as expected.

Psychologists associate this dream with avoidance; avoiding issues instead of dealing with them head-on. Others interpret it as a sign that you’re repressing emotions like anger, resentment, or jealousy.

When you have a bad dream about losing your teeth, it often has something to do with a form of loss in your life. It could be a break-up, a loved one’s demise, losing a job, or losing a substantial amount of money.

The nightmare could also mean that you’re concerned about people’s perception of your appearance.

Alternatively, teeth are tools of power (eating, fighting, etc.) losing them in a dream could mean you’re fearful of being powerless.

Although the concept of nightmares and their meanings remain a mystery, experts are constantly seeking answers. Often, you’ll realize that the most common nightmares are a negative indication that you need to improve your overall wellness.