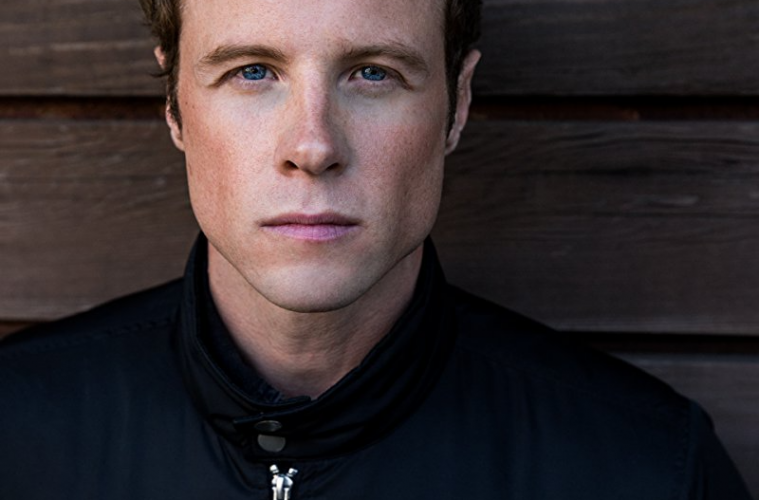 Ashton Holmes is an American actor, largely recognized from his many roles mainly in TV series. His debut as Jack Stall in A History of Violence back in 2005 was his breakthrough, getting him further TV series roles such as Private Sidney Phillips in the HBO miniseries The Pacific and Thom on the CW action-thriller series Nikita. However, his popularity and wealth really picked up after his role as Tyler Barrol on the ABC drama seriesRevenge.

How much cash flow does Ashton Holmes have now? Before diving into that, let’s get to know a little more about him.

Born in Albany, New York, Ashton Holmes started acting in the community theatre even as a child. He first fell for the theater at the age of 5. His mother, Susan, a social worker, took him to a production of Peter Pa at the Schenectady Light Opera. For a5-year-old, Peter Pan is the most magical story,” said Holmes, “It’s when theater really bit me.” He started taking acting lessons at age 6 and was determined to play Luke Skywalker when he saw Star Wars: Episode IV – A New Hope (1977). He went to The Albany Academy, and during his senior year, he attended an intern program at the New York State Theatre Institute.

Holmes really found his stride at the University of Albany, where he graduated with a bachelor’s degree in theater in 2001. About his theater major, he said: “I thought I knew everything about theater, but in hindsight, SUNY was really beneficial because I learned a lot about life. I was more equipped to handle the stresses of life as an actor.”

In 2011, he was honored by his alma mater, the University at Albany, which recognizes successful grads through its Reaching Higher, Achieving More campaign. “The college student work ethic was really such a great foundation for the work ethic it takes in Hollywood,” Holmes said in his recognition speech.

One professor, in particular, Leigh Strimbeck, pushed Holmes to try his hand at theater professionally. Her encouragement helped him land his first gig before he even graduated.  It was the lead role of Mark Cohen in Jonathan Larson’s musical Rent of the Collins Tour company from 2002 to 2005.

Holmes made his debut on television with a recurring role in the daytime soap opera One Life to Live from 2002 to 2003. In 2003, he appeared the role of Zach Alder in the direct-to-video horror outing Raising Hell.

The genial, square-jawed actor graduated to fame at the hands of David Cronenberg in his A History of Violence (2005). He played the role of Jack Stall, the son of an Indiana restaurateur, who repeats his father’s pattern of violence. The film had multiple Oscar nominations and was screened in Cannes and the Toronto Film Festival. This paved the path for the future roles of Holmes in the film world.

The next year he appeared in Peaceful Warrior, and in 2007 had major roles in What We Do Is Secret and Normal Adolescent Behavior, and co-starred with Emily Blunt in the horror film Wind Chill. In 2008 he appeared in the comedy-drama movie Smart People.

In the last years, he gained his fame on television, where he started appearing first in few episodes of Law & Order: Special Victims Unit, Cold Case, Ghost Whisperer, Numb3rs,  House, Law & Order: Criminal Intent and CSI: Crime Scene Investigation. In 2010 Holmes played Sid Phillips in the HBO miniseries The Pacific. From 2010 to 2011, he starred as Thom in The CW series Nikita. From 2011 to 2012, he appeared as Tyler Barrol on the ABC drama series Revenge.

In 2013, Holmes was cast as Wyatt Bickford in the ABC TV drama Reckless. Reckless follows staid engineer David Ritter, whose wife, Sarah, goes missing during a military coup in East Myanmar. He casts off his generally careful demeanor and risks everything to get her back, including embezzling money from his powerful father-in-law’s company to hire a mercenary. The role of Holmes, Wyatt Bickford, is described as confident (bordering on arrogant), charming and entitled.

In the next few years, he did not land any major roles, but appeared in several TV films, shorts and series, such as Criminal Minds, Only Human, Motive, and Stitchers. In 2017 landed the role of Garret in the TV series Being Mary Jane that follows the life of a black American TV host.

After several minor roles in the next years, in 2020 he portrays Roger Dillon in the TV series Bosch, where an L.A.P.D. homicide detective works to solve the murder of a thirteen-year-old boy.

Holmes was also involved with the Albany music scene, as the lead singer for the local band Method of Groove. During this time, Holmes befriended the New York band Coheed and Cambria. According to the documentary featured on their box set Neverender: Children of The Fence Edition, it was Holmes that took their demo into Equal Vision Records, and earned them their first record deal for their first album, The Second Stage Turbine Blade.

Neverender was a four-night concert series that took place in New York, Los Angeles, Chicago, and London. It consisted of one of the band’s four studio albums played in full each night, telling the story in a sequence of the concept of The Amory Wars. The Neverender: Children of the Fence Edition is a live CD/DVD box set containing five DVDs and four CDs featuring live footage of the concert series and audio from each night. In addition, a fifth disc features a documentary of the concert series, in which Holmes appears.

Net Worth And Earnings

For Ashton Holmes, his acting roles are his main source of income. As of its year, Ashton Holmes’s estimated assets are around $5 million. He has played many small and supporting roles in a good number of popular TV shows, such as The Pacific, Nikita, and Revenge, for which he is mostly known for.

This 42-year old actor has yet to land any major role in blockbuster movies, but his cash flow isn’t anything to look down upon. So far,  he has 36 acting credits in TV shows, appearing in one or more episodes. He also received an OFTA Television Award nomination for Best Supporting Actor in a Motion Picture or Miniseries for Revenge in 2010.

From his TV debut, he has had a steady flow of acting roles, but nothing major that would put him on the high-paying actor’s list of Hollywood. His most recent role is in the TV series Bosh as Roger Dillon.

Like most celebrities, Ashton Holmes tries to keep his personal and love life private. Online rumors of Ashton Holmes’s dating past may vary. It is relatively simple to find out who’s dating Ashton Holmes, but it is harder to keep track of all his flings, hookups and breakups.

Ashton Holmes is reportedly single now. Although there were rumors that he secretly married his ‘long-lasting girlfriend’, it was proven to be fake news. Everything that is known for his relationships is that he has had at least two in the past, and has no children from any previous partners.

The public is familiar with the fact that has been involved with Camille Mana (2009) and Lauren German (2009 – 2010). Ashton Holmes and Lauren German dated from 2009 to August 2010. Although everything seemed that they would tie the knot, the marriage never materialized.

Why Wool Will Forever Be The Best Suit Jacket Material