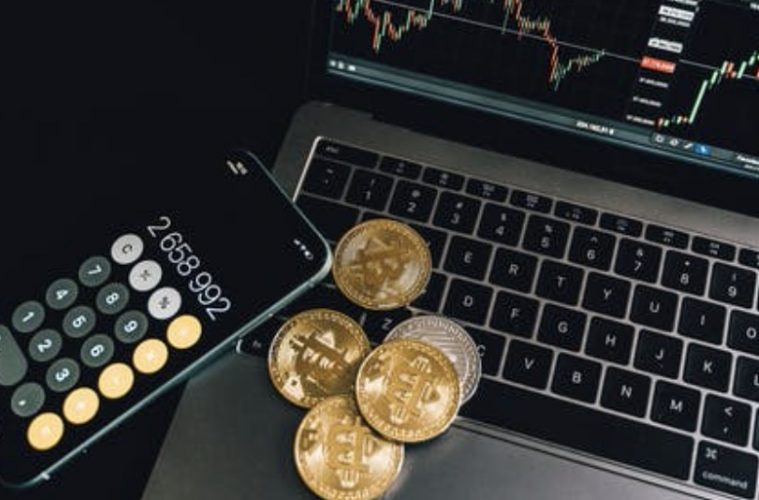 Did you know that 16% of Americans say they’ve invested in cryptocurrency? Over the past decade, cryptocurrency has become a bit of a buzzword. And, few cryptocurrencies remain as popular as Bitcoin.

However, despite this fact, there is still a large segment of the population that has no idea how Bitcoin and cryptocurrency technologies work. When you consider the complicated nature of this topic, this isn’t too surprising.

So, to make things easy for you, we’ve created a straightforward guide to introduce you to the world of Bitcoin.

That way, you can decide whether you want to invest in this exciting new form of currency. Let’s get started!

Before we dive into facts about Bitcoin, it’s important to first understand exactly what cryptocurrency is. Official definitions usually refer to cryptocurrency as a database with limited entries that no one can change without fulfilling certain conditions.

This can get a little confusing, though, so let’s go with a simpler definition. Cryptocurrency is a medium of exchange that takes place entirely on the internet.

Financial transactions surrounding this type of digital currency use cryptographical functions when currency is exchanged (hence the name).

The cryptographical functions give this type of currency three important characteristics. The technology is:

When we say decentralized, we mean that the currency isn’t regulated by a central authority like a government or bank. Instead, the network relies on a peer-to-peer transaction that operates more democratically.

It’s transparent in the sense that cryptocurrency is essentially a public ledger. Anyone can look at the record of how cryptocurrency has passed hands over the years.

Lastly, it’s immutable. That means that no one can make changes to the public ledger by muting it.

To get a better understanding of how cryptocurrencies work, we first need to understand blockchain technology. Let’s take a closer look at how it works.

You might be wondering how cryptocurrency can be decentralized, transparent, and immutable. The answer lies in blockchain technology.

You can think of blockchain as a shared ledger that looks like an actual chain. Every time a transaction is recorded with a piece of cryptocurrency, another chain is added to the link of the blockchain.

This link contains important information like contracts, past owner records, and other types of information. Once the transaction has been confirmed, it’s broadcasted across the entire decentralized network.

Every person with a node in the network is aware of the change in the blockchain. What’s more, it’s secured and immutable. That means that no one person can make a change to the blockchain.

It’s a public record forever. The biggest benefit of blockchain technology is that it makes transactions with cryptocurrency incredibly secure.

Now that we know more about cryptocurrency and blockchain technology, we can answer the question, How does Bitcoin work? Bitcoin is a specific type of cryptocurrency.

The digital currency was first created by a man named Satoshi Nakamoto in 2009. Bitcoin doesn’t come with any bills or coins. That means that no centralized power, like a government or bank, can control it.

What’s more, the owners of Bitcoin are anonymous. Instead of names, they’re either represented by social security numbers or tax identifications.

Encryption keys are used to connect buyers and sellers of this digital currency. Traditionally, a bank or government will distribute new cash from the top down.

That means that the entity will print more bills, then issue them to the economy. Bitcoin doesn’t operate this way.

Instead, new Bitcoin is mined using a network of powerful computers. Let’s take a closer look at how this mining process works.

You can think of Bitcoin mining as a combination of record-keeping services and advanced mathematic computations. Let’s cover the record-keeping aspect first.

Remember that when someone buys or sells Bitcoin, it’s recorded on a block. This is possible thanks to computers that run a specialized type of software.

The people that own these computers are referred to as miners, and they record their transactions onto a massive digital ledger that they contribute to space. Miners then convert these transactions into code sequences.

These sequences are known as a hash. It’s important to note that producing a hash is not easy. It requires a lot of computers to create the computational power that’s needed.

However, at the end of the day, the only person who gets paid is the person that creates a perfect version of the mansion.

New hashes are placed at the end of the blockchain once they’re created. And for the massive amount of effort that goes into mining, the miners are rewarded 12.5 new Bitcoins for each hash they add to the blockchain.

Now that we know more about Bitcoin and how it’s produced, let’s dive into the all-important question: How much is it worth? Like stocks, the value of Bitcoin is determined by how much people are willing to pay for it.

And, so far, that amount has been fairly high. This has been spurred on by the fact that Bitcoin has a limited supply in circulation. According to a protocol, only twenty-one million Bitcoins can be mined.

As of the time of this article, almost nineteen million Bitcoins have been mined. So, like gold and other precious metals, there is a finite amount in circulation that can raise its value.

However, unlike precious metals, it’s important to note that Bitcoin has no intrinsic value to it. Remember that part of the appeal of Bitcoin is that there is no central authority like a government controlling the supply.

However, this can have consequences as well. It creates volatility in the price of Bitcoin that continues to shoot up and down to this day. You’ve likely heard that people have made fortunes with Bitcoin investments and lost them just as quickly.

For example, just recently, Bitcoin reached its lowest level since June. That’s because Bitcoin, and cryptocurrency in general, tend to follow market conditions.

So, when the market enters recessions, you can expect the value of these assets to drop. As such, Bitcoin does not make a great short-term investment.

How Do You Buy Bitcoin?

If you think that Bitcoin is the right investment strategy for you, then you’re probably curious about how to buy and sell it. The most people, the easiest way to do this is to find a good digital currency exchange online.

These are online platforms that allow you to purchase, sell and store a variety of different cryptocurrencies, including the ever-popular Bitcoin.

Getting started on these platforms usually requires just a few personal details. However, before you hop on, you will first need to set up a digital wallet. This will be used for storing any Bitcoin you decide to buy.

Once you link your digital wallet to your account, then you can start exchanging physical money for cryptocurrency. Remember that there are plenty of credible exchanges out there.

But, there are also just as many scam artists looking to steal any cryptocurrency you buy. So, make sure to do your research before settling on one.

Keep in mind that there is also a growing infrastructure that’s making it easier to buy and sell cryptocurrency.

For example, there are now physical Bitcoin ATMs that allow you to buy and sell a variety of different cryptocurrencies. If you want to find one of these ATMs near you, then make sure to check this out.

What Are the Risks Associated With Bitcoin?

We’ve already mentioned the value volatility risks associated with investing in crypto. But, there are other ones that you should be aware of too. First, there’s the anonymity aspect.

For people that want to avoid companies tracking their every purchase, this can be a good thing. But, it also opens the doors for unknowingly contributing to money laundering.

Theft is also a risk since Bitcoin refunds are unheard of. It’s important to note that the IRS views Bitcoin as property, not currency. So, there are taxes that you will likely need to pay with your crypto investments.

We hope this article helped you learn more about Bitcoin and cryptocurrency technologies. There’s no denying that the volatile nature of cryptocurrency means that there’s potential to make fortunes off of it.

That being said, it’s just as likely that you’ll lose money if you aren’t careful. So, do your research and start slow.

That way, you can get a sense of the playing field and decide for yourself if it’s right for you.

Enjoy learning about cryptocurrency? Keep scrolling to find dozens of similar topics on our website that you’re sure to enjoy.