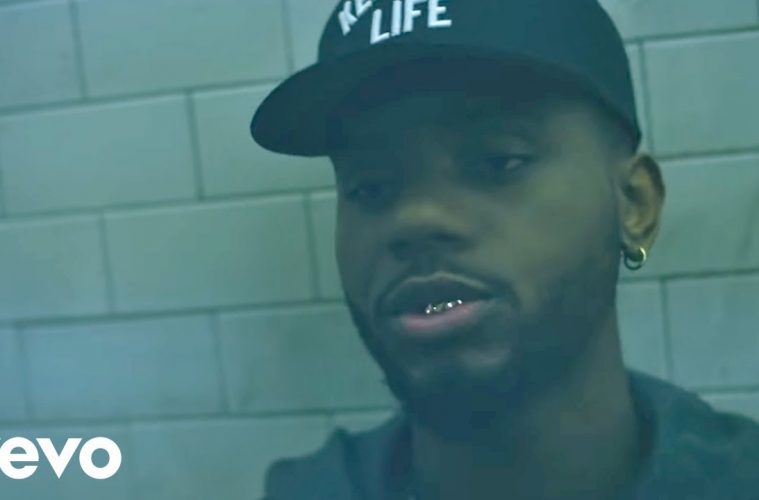 Bryson Tiller is an American singer and rapper. He started his career in 2011 releasing his debut mixtape Killer Instinct. But his most notable album is his second studio album, True To Self. Bryson won two BET awards so far. With his talent, we can expect more and more in the future. Born in 1993, Bryson is one of the young and up and coming singers. How much is Bryson Tiller net worth?

In 2017, Forbes included him on the 30 under 30 list. The list showcases entrepreneurs, entertainers, and celebrities under 30 years that made a mark. As of June 2020, Bryson Tiller net worth is more than $2 million. Expect that number to go up in the coming years.

Born in Louisville, Kentucky, Bryson started his career in 2011. He released the debut mixtape Killer Instinct Vol.1. He then released his debut single, Don’t. It peaked at Number 13 on the Billboard Hot 100 chart. As a result, he signed a deal with RCA Records.

Bryson uploaded Don’t to his SoundCloud account in October 2014. In May 2015 he released it on iTunes for digital download. The song served as the lead single for his debut studio album. The song got remixed by many artists, including WSTRN, DRAM, Mila J, and K Camp.

He then released the third single, Sorry Not Sorry, peaking at Number 67 on the Billboard Hot 100 chart. His album got included on many 2015 year-end lists.

In January 2016, he started a promotion tour for his Trapsoul album. THEY served as the opening act for the tour. On March 12, he played in Louisville. Mayor Greg Fischer gave him the key to the city and named March 12 Bryson Tiller Day. In June 2016 he performed at the BET awards. There, he also received two awards.

In January 2017, Forbes included him on the 30 Under 30 list. And in the same month, he announced his second album, True to Self. The album got released in May 2017. For the album, he released three singles. On the Get Mine single, he collaborated with Young Thug.

The album debuted at Number 1 on the Billboard 200. It earned 107,000 album-equivalent units, 47,000 of which were pure album sales. True to Self is Tiller’s first Number One album.

In June 2017, he partnered with Nike Inc. to provide a Wyandotte Park for teens and children. That summer, DJ Khaled released Wild Thoughts featuring Tiller and Rihanna. That single peaked at Number 2 on the Billboard Hot 100chart. In January 2018, Tiller, Rihanna, and DJ Khaled performed the song at the 60th Annual Grammy Awards.

During 2019 and 2020, Tiller collects material for his third album. Titled Serenity, it does not have a release date yet. In April 2020, Bryson released Slept on You on SoundCloud as part of his upcoming album.

Bryson Tiller net worth is more than $2 million. He is part of the new wave of trap and hip hop singers. He cites Omarion as his biggest influence. Omarion’s first album got Bryson into singing. Other influences include The-Dream, R. Kelly, Lil Wayne, Drake, and Chris Brown.

Tiller describes his music as the perfect marriage between hip hop and R&B. He says “There are some things I can say rapping that I can’t say singing”. Music critics compare him to Drake and Tory Lanez.

Fun fact: he doesn’t do video interviews. Bryson says he wants to remain a shadowy figure.

As one of the up and coming young artists, Tiller won a couple of awards. He has a couple of BET awards under his belt. He won his first BET award for Best New Artist in 2016.

He also won an award for Best Male R&B and Pop Artist. Then, in 2018 he won Best Collaboration for Wild Thoughts and best Hip Hop Collaboration.

Besides his BET awards, Bryson won a Soul Train Award for Best Collaboration and two iHeartRadio Music awards for best new artist and hip hop song of the year.

Bryson Tiller net worth is $2 million. He has two daughters. He got his first daughter in 2013, and his second in 2019. Tiller is in a relationship with Kendra Bailey, the mother of his second daughter.

Bryson graduated from high school in June 2020 through Iroquois High School in Louisville, Kentucky. He revealed the graduation on Twitter, saying “I Never thought about going back to school until I started thinking about my goals and how to reach them”.