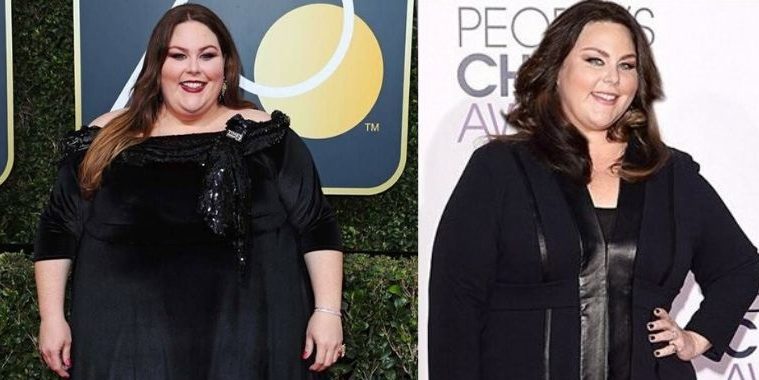 Lately, Chrissy said: “I want to have a fit, healthy body. I don’t want to be limited by anything”. Let’s take a look at Chrissy Metz weight loss journey throughout the years.

Chrissy has almost the exact same life story as her character Kate in This is Us. And that applies to her relationship with weight loss and struggle with people around the world. When Metz got the role, she said, “She was a real woman who was really struggling, and all I could think was, Oh my God, I’m Kate”.

Born chubby, Chrissy actually achieved a thinner frame during her life. But she says, “I was definitely a chubbier kid”.

While her friends could eat whatever they wanted to, Chrissy had to pay attention to her diet. She knew that if she ate certain things, she would gain weight.

As a young kid, Chrissy joined Weight Watchers. And same as her character in the show, she had parents that didn’t really know how to cope with the problem.

Chrissy went to Weight Watchers at the age of 11. And she was the youngest person in the room. Speaking about the experience, Metz said, “It was awkward. My mom was trying to figure it out, but it is a process”.

And during her life, she had a lot of experience with yo-yo dieting. When she started acting, Chrissy wore size 12 clothes. At the recommendation of her manager, she dropped 50 pounds before moving to LA. But because she didn’t get many jobs, she started feeling depressed. And soon, she started eating again. Or in Chrissy’s words, “I was eating my feelings”.

So, she gained more than 100 pounds before having a panic attack on her 30th birthday. That event changed her life.

The incident that changed her life

We talked before that the panic attack on her 30th birthday forced her to think differently about her health. Following the incident, Chrissy lost 100 pounds in less than five months. How? She walked 20 minutes per day and limited her calorie intake to 2,000 calories.

And then, she got a recurring role on American Horror Story: Freak Show. That role required her to wear a fat suit. This kept her in check. Chrissy says, “It was sobering. I thought, What if I become that heavy and can’t walk around or get stuck in the doorframe? I was like, I don’t want this for me”.

So, she maintained her healthy life, keeping her weight in check as much as she could. 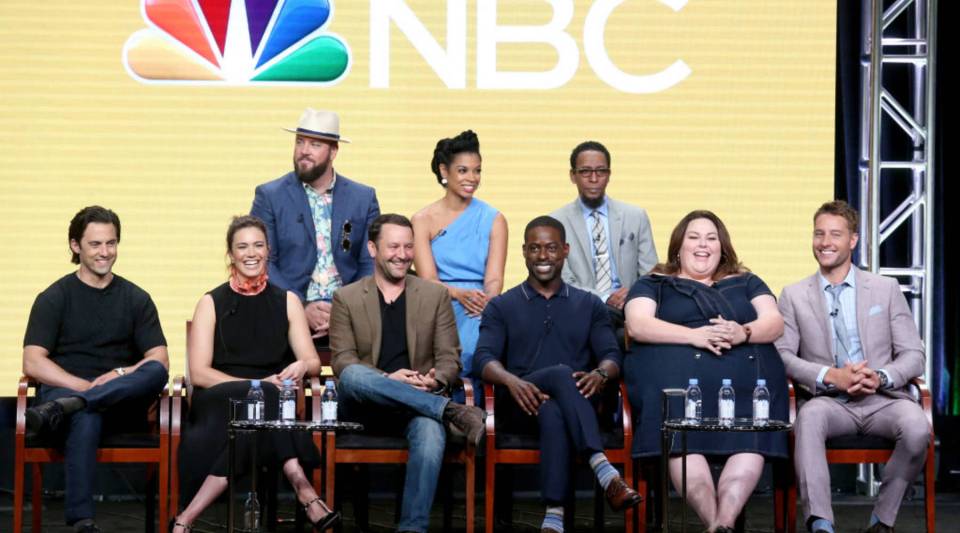 Soon after her experience in American Horror Story, Chrissy got her role in This Is Us. In the series, she plays Kate Pearson, a woman struggling with her eating habits and body image. The creator of the show, Dan Fogelman, created the role based on his sister’s weight loss journey.

When she read the script, Metz said, “These are my fears”. So, from the get-go, she had a real connection with the character she had to portray on the scene.

Kate’s desire to lose weight has served as a central arc of the series. Chrissy got a clause in her contract requiring her to lose weight as much as her character. Both of them have to go on the same journey.

But Chrissy didn’t mind it. She says, “It was a win-win for me. Because it’s one thing to try and do it on your own. But as human beings, it is an ego thing. We are more likely to do something for someone else”.

Dan Fogelman, the creator of the show, says that Chrissy had no direct pressure to meet a certain goal. And Chrissy says she doesn’t care about numbers. She doesn’t know how much she weighs. Metz says she will lose weight on her own schedule. She wants to have a fit, healthy body.

Instead, she wants people to let her wear whatever she wants. She works with a stylist for her outfit. And in 2017, she wore a red latex dress to the MTV Movie & TV Awards. Body-shaming trolls attacked her with full force. But she didn’t care.

Chrissy changed her life in 2014 following a panic attack on her 30th birthday. She believed she had a heart attack and landed in the ER.

Following that incident, she changed her lifestyle habits. She takes her health more seriously. Five months later, she dropped more than 100 pounds. And she did it by walking 20 minutes every day and limiting her calorie intake to 2,000 calories.

Besides her weight loss journey, Chrissy says she supports body positivity. She said: “I want to be very clear. Whether or not I lose weight or stay the same, it is purely a choice of mine for health. Not because I think that plus size, curvy, voluptuous, big bodies aren’t attractive. Because I think they are awesome and sexy”.