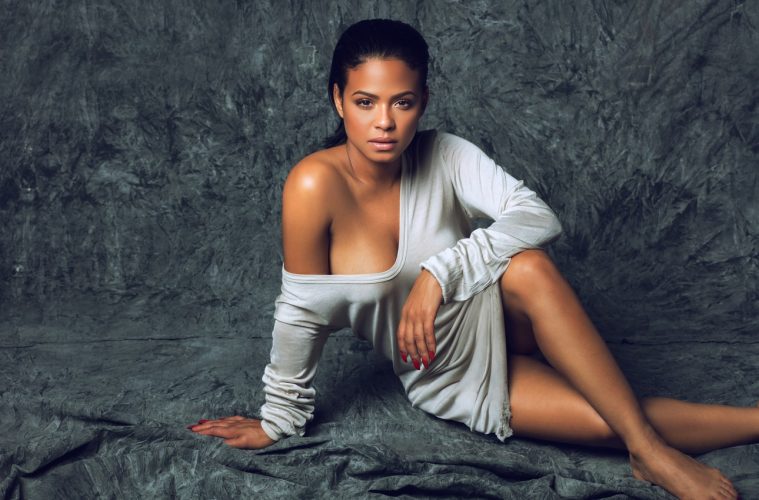 Christina Milian is a pop and Rn’B singer, actress, and entrepreneur. With her outstanding singing abilities and natural on-camera persona, she was able to seize the hearts of the audience and make a career of herself that is worth mentioning. By the time she reached her 20s, Christina Milian was one of the biggest stars in Hollywood. She released an album that got two Grammy nominations, three singles that were part of the Billboard Top 100, two  Number 4 singles on the UK Top 40, as well as nominations by the Teen Choice Awards.

Christina Milian was born as Christine Flores, on September 26, 1981. She has Cuban ancestry, that lived in Maryland with her parents and two younger sisters. From a very young age, her parents noticed her imaginative and creative mind, pushing forth her abilities to pursue a career in the entertainment business. They relocated to LA, the land of opportunities.

Before Christina started singing professionally, she started as an actress. One of her earlier roles was a small role on the hit sitcom “Sister Sister“. However, Christina did admit that it was hard to get certain acting roles as an Afro-Latina, thus leading to changing her stage name. Initially, she was Christine Flores and in the early stages of her career, she couldn’t get assigned for a Latina role because she didn’t look Latina enough. On the other hand, she couldn’t go for an Afro-American role because of her last name. And that resulted in changing her last name to Milian (her mother’s last name). Once Christina changed her stage name, she was able to get more acting roles and she eventually transitioned from acting to singing.

She started by writing music and working with a Grammy Award-winning producer Rodney Jerkins. In the year 2000, Christina landed her first feature on Ja Rule’s song called “Between Me & You“. This was the song that helped her to get her first record deal with Def Soul Records, which was sub-label under Def Jam Records.

Once Christina was signed, she was figuring out what to do with her music and image next. “Between Me & You” was a great stepping stone for her, but the song was a little too provocative and it didn’t properly represent who she was at that time. She began writing music for herself, and one of the songs she wrote was called “Play“. The executive of Sony at the time, Tommy Mottola heard the song and wanted to be given to Jenifer Lopez. However, she didn’t mind because she did get paid for that song.

Christina was more enthusiastic about her other single “A.M to P.M“. This song was Christina’s first solo single. It is an up-tempo party song that fits the bubblegum pop-sound of that time. Christina was marketed as an Afro-American Britney Spears, with Janet Jackson dance moves and Aaliyah-inspired style.

After dropping her first album, Christina decided to move back to acting again. She sang the soundtrack of the popular Disney show “Kim Possible“, and she went on to audition on more acting roles.

In 2003, Christina got a leading role in a movie called “Love Don’t Cost a Thing“. The movie was a popular teen-comedy, which introduced her to a whole new audience. However, she wanted to create more music, and around 2004, she dropped her single “Dipping Low“. This stunned her fans. She went from being a cute bubblegum pop-star to a flaming-hot kitten. This song was very catchy and reached Number 5 on the Billboard Top 100, as well as a hit on R&B and Pop radios. The song was also certified gold through digital sells and it was Christina’s biggest hit on her album “It’s About Time“.

Even though Christina was singing, she didn’t stop acting. She started another movie projects, such as “Pulse” and “Be Cool“.

In 2005, she was preparing to release her third album “So Amazing“. This album was more urban than her previous ones, and it was produced by hip-hop producers Cool & Dre. Unfortunately, right when Christina was set to release her album, she was dropped by her label Def Jam because of budget cutting. According to her, the label was trying to save money and invest in their artist Rihanna. However, this album was a fan-favorite, despite her label drop.

In 2008, Christina signed with MySpace Records and started writing with other producers like Cool & Dre and Mad Scientists. She released the song “Us Against The World“, and a music video with cinematic visuals. This song managed to get over 8 million streams on MySpace.

Christina moved to act again, and in 2009 she took a role in “Bring It On: Fight To The Finish“. She also starred in the ABC Family Christmas movie “Snow Globe“.

In early 2009, Christina started working with the music producer The-Dream, and they eventually started dating. After a couple of months, she got pregnant and got married. In 2010 she gave birth to her child, Violet. around this time, she took a break from music, but she was still working in the studio with her husband. While she was in the studio, she co-wrote a song called “Baby“, which was given to the artist Justin Bieber. Unfortunately, Christina and The Dream broke up after leaking pictures of himself with another woman.

The star went on to date Lil Wayne, and they started making music together. She was featured in Lil Wayne’s song “Start a Fire“, and they performed it together on American Music Awards. Lil Wayne also appeared on Christina’s 4th music project “For You“, on the song “Do It“. Christina also dropped music videos for her other three songs, “Rebel“, “Liar“, and “Like Me” featuring Snoop Dogg.

Around this time Christina had a reality show called “Christina Millian Turned Up“. The show focused on Christina’s family and gave an inside look at Christina’s personal life. Unfortunately, while she was filming the reality show, she dealt with the embarrassing news of Lil Wayne cheating on her with another woman. This resulted in a break up in 2015, after a year of dating.

Over the years, Christina’s music career did lose a lot of steam. However, she was involved in other projects that help keep her name afloat. She competed on “Dancing With The Stars” and she also continued to act. She starred in several Christmas movies, as well as in “Baggage Claim” and “Fallen In Love“. On top of that, Christina was correspondent on the Emmy award-winning show “The Voice“.

In 2019 she was starring in a series produced by 50-Cent called “The Oath“. Additionally, she has other businesses. She owns her jewelry line “House of Fine Gold“, a pastry company called “Beignet Box“, and she owns a wine company “Viva Diva Wines“. Not only that, but she also co-founded an automated messenger app called “Chatbot“. Christina also launched several fashion lines and has a collaboration with the fashion company called “Z-Crave“.

In 2020 Christina announced that she will take part in a romantic Netflix comedy, produced by Alicia Keys.

Christina’s multi-talented persona opened a lot of opportunities during her career. She is proud to be known as a successful record producer, actor, singer-songwriter, model, a dancer as well as a voice actor. That brought her a fortune of about $6 million.

Outside of having successful businesses and despite her unsuccessful past relationships, Christina’s personal life has taken a turn for the better. She is currently in a happy relationship with the French singer Matt Pokora and they are having a baby together. Even though she is not as popular in the music industry as she once was, she still has a lot of success in other areas and accomplished a lot in her career.

4 Things To Know Before Buying CBD For The First Time