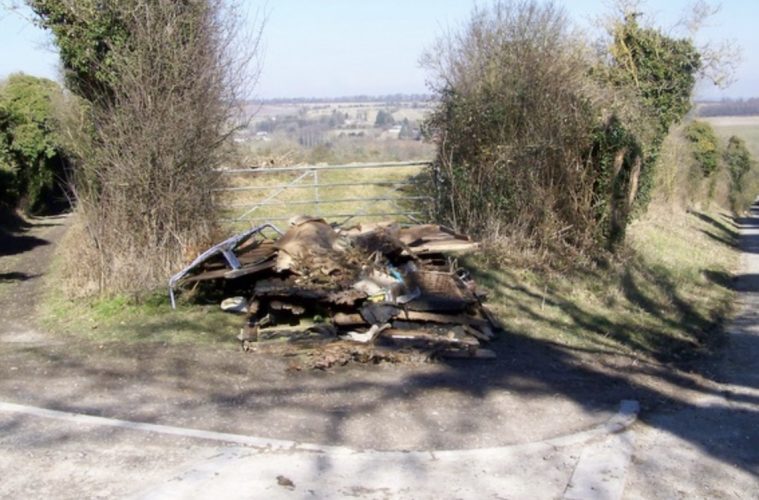 Councils dealing with nearly ONE MILLION fly-tipping incidents a year

Councils in England dealt with just under one million fly-tipping incidents in 2019/20, according to the latest government figures.

This is a rise of 2% from the previous year when they dealt with 957,000 reports of illegal waste dumping around the country.

Nearly two thirds (65%) of the incidents reported involved household waste according to KwikSweep a London based rubbish removal company.

The rise likely is in connection to more and more households falling victim to scam waste collections, according to a study by BusinessWaste.co.uk.

A lot of the time, people (unknowingly) pay unlicensed waste carriers, who upon collecting it from you dump it on roadsides and in quiet alleyways.

But how can you know who to trust?

Here’s some things you should know about fly-tipping in the UK and how you can avoid scam waste collections.

What the Government’s report found

Local authorities carried out 474,000 enforcement actions in 2019/20, according to the Department for Environment Food & Rural Affairs’ report.

The most common place for fly-tipping in 2019/20 was on pavements and roads, which accounted for over two fifths of total incidents reported that year.

The number of fly-tipping incidents that occured on the country’s highways totalled 419,000, which is an increase of 6% from 396,000 the previous year.

Why fly-tipping is such a big problem

Aside from it being expensive for councils to clear, it has the potential to cause some serious harm to the environment.

A large amount of the waste dumped is non biodegradable and can sometimes contain hazardous materials that can be harmful not only to plants and local wildlife, but humans as well.

Disease transmission is a big potential problem that comes with fly-tipping.

As well as health complications, peoples day-to-day lives can be impacted by rubbish being left just anywhere.

It can have effects on local businesses and property values, it can cause rat infestations and other pest control problems as well as many other things you might not have even thought about.

Why you need to be wary about scam rubbish collections

The current fixed penalty for fly-tipping is £400.

Failure to pay will result in formal action being taken.

This is still the case if you pay someone to take your rubbish away for you, and they end up dumping it somewhere they shouldn’t.

It will be traced back to you, you will be held responsible and therefore have to pay the fine.

How to avoid scam collections

When fly tipping occurs, it’s often carried out by illegal waste carriers who promise to take your waste away for a bargain fee – but then dump it.

If this is the case, the waste can be traced back to you rather than the person who dumped it and you would be held responsible and have to pay the penalty fee.

You might not even know you’ve used an illegal carrier or you might be wondering how you can find someone you can trust.

You can check their licence on the environment agency website.

This is a must if you’re getting rid of anything, like fridge removals, rubbish and waste clearances.

Remember, if it seems too cheap, there’s probably a reason why.

It’s believed that the rise in household waste being dumped is directly related to more and more people falling victim to scam rubbish clearance.

Although it might seem simple enough to recognise who’s genuine, this isn’t always the case and some scams are sophisticated.

To help put a stop to fly-tipping, make sure you always use a trustworthy and reputable carrier.