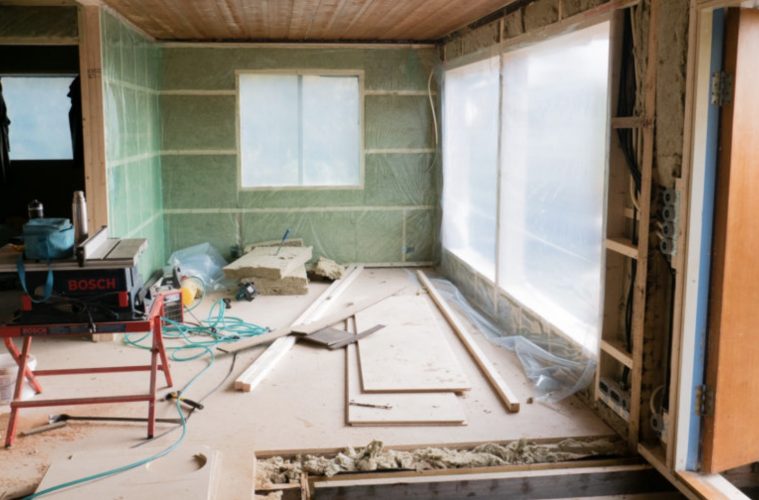 When you think of solar power, an apartment complex or commercial business probably aren’t the first things that come to mind. But, what you might be surprised to learn is that these venues are perfect for implementing solar power arrays.

As more and more people are becoming increasingly attuned to the problems of global climate change, the greater the need for green solutions and eco-friendly business practices. This can be especially attractive if you’re an investor and are looking to make an impact in your community through implementing sustainability efforts.

If you’re considering applying for a mix-use property loan, and you’re interested in the thought of investing in green solutions, the following guide will outline the reasons why implementing solar power is a great option and the features that make such an expense worth your time, effort and money.

How Green Solutions are Making an Impact

You’ve probably heard of recycling. And, you’ve probably also heard of water conservation efforts, wind energy, hydroelectric, nuclear, and solar power. But, why are these options landing at the forefront of cutting-edge research and development?

In the past 40 years, the global human population has nearly doubled. And at the current trending rate, our population now will double again in another 40 years. Why does this matter?

The short answer is: We’re running out of resources.

Yes, the resources we use on a daily basis on this planet are finite. This means that they aren’t renewable. We only have a finite amount of coal, oil, shale, and fossil fuels on the planet that we can currently access, and the stockpile is dwindling.

Renewable energy sources like solar power, wind, water, and nuclear power are all considered “clean energy.” This means that they don’t leave behind the monstrous carbon footprint that the burning of fossil fuels currently does. But, the keyword to note here is “renewable.”

Renewable energy sources have no carbon footprint because they generally don’t produce greenhouse gases. And, it’s these greenhouse gases that humans have been releasing into the atmosphere for 200 years that have contributed to an already warming climate.

The sun is at the center of our solar system, approximately 93 million miles away from Earth. Our life-giving star is so powerful that not only can it heat our planet from this great distance, the light emitted from the sun is powerful enough to burn the skin.

It’s estimated that if we humans could simply harness one full hour of sunlight and disperse this energy across the globe, it would be enough to power everything on Earth for a full year.

In fact, if we could isolate a solar array in the Mojave desert and connect it to power grids across the country, we would never have to mine, drill or spend money producing fossil fuel energy ever again.

The sun is the most abundant source of energy on our planet, and as the development of solar power equipment continues to evolve, we’ve become better at capturing it and using it efficiently.

You might be inclined to think that solar power is a relatively new concept and that capturing the sun and using it is a recent development… Well, while solar power has made leaps and bounds in just the last 15 years alone, its history goes back to the time of antiquity.

Humans have always marveled at the sun. In the ancient past, entire religious movements were centered around sun worship. Festivals, rituals, and the like were all planned around the celestial movement and the cycles of our great star.

The earliest known human use of the sun on historical records goes back to the 7th century BCE. This was the simple act of using polished, natural glass such as obsidian to magnify the sun’s rays in order to light fires. Evidence of the sun’s use as a firestarter goes back even further and is evident in paleolithic sites across the globe, not centered in any one location.

As time progressed, the ancient Greeks and Romans in the 3rd century BCE both were known to use elaborate mirrors to focus the sun’s rays in order to light torches for religious ceremonies, tools often referred to as “burning mirrors.”

The Chinese also had a similar ceremony that utilized solar power for ritual ceremonies at the turn of the millennia in 20 CE.

As humans moved out of the Bronze and Iron Ages, the use of solar power only progressed. The use of sunrooms can be traced back to Roman times and was a popular method for heating bathhouses.

In the Middle Ages, around 1200 CE., the Anasazi Puebloan people of North America used the path of the sun as a building tool to place their homes. In the winter, they stayed warm, while in the summer they stayed cool, all because of their knowledge of the sun.

But, it wasn’t until the late 1700s to the early 1800s, about the time when the industrial revolution began, that humans used solar power to produce energy for shipbound ovens on long oceanic voyages.

This all brings us to our time, the here and now.

Today, the applications for solar power are much more sophisticated than a polished piece of glass or an elaborate mirror used for ceremonial purposes. In our current era, each individual has the means to buy a home and install a photovoltaic (PV) solar system.

As the means for implementing solar power in buildings have become more user-friendly and much more cost effective in the last 20 years, more businesses have begun taking advantage of this resource.

Some of the benefits of using solar power on a business property or apartment complex are as follows:

Solar power not only looks attractive for a business when it comes to marketing, it’s becoming a key feature on properties across the country.

Not only does installing a solar PV system increase the value of a business or home property by thousands of dollars (anywhere between 40,000 to greater than 6 figures), it gives the community a standard to strive toward when it comes to sound sustainability practices.

Investors and landlords who install solar panels on their commercial and residential properties not only reduce overall energy costs for their tenants, you also attract an entirely new customer base.

Today, especially with the younger generations from millennials down to Gen Z, these individuals are more inclined to be attracted to an office space or apartment with renewable energy resources incorporated.

This is a desirable feature for many environmentally-minded people, and as an investor, you can cash in on sustainability, and gain an edge over your local competition.

Once you install a PV system, your property instantly becomes much more valuable. The cost for the equipment will be high, but this becomes a permanent addition to your property, thus increasing the overall property value.

This results in more revenue for you if you choose to sell or expand your commercial endeavors.

Interestingly, people are attracted to higher-value properties. Not only will you attract more tenants, you’ll also attract a new financial demographic. People who make more money will want to check you out, and possibly rent or buy from you if they know you’re offering a valuable property.

Commercial spaces for businesses, as well as apartment complexes, use way more energy than a single family home. In addition to your tenants using electricity, particularly for apartments, you have common areas such as the office, lobby, laundromat, gym, landscape, lighting, and several other elements.

By installing solar energy panels, you can not only power your individual business or apartment units, but you can also power everything and run an even lower operating cost.

This also makes it possible for you to include electricity in your tenants’ rent, which is a huge perk for anyone looking to rent a space, commercial or otherwise.

This is particularly common in regions that receive ample sunlight during the spring and summer months.

If you generate more power than you actually use, the power company will cut you a check if you choose to sell back your excess energy production.

Setting a Standard in Your Community

Picture this: You install a solar system in your commercial space or apartment building, and your tenants talk with their immediate neighbors about how much money they’re saving on energy.

Not only is the word of a cheaper monthly payment getting around, but you’re also not producing any greenhouse gasses in the process, eliminating your energy consumption footprint altogether.

People take notice of these things, and word gets around. Pretty soon, more people will be wanting to rent from you because it will save them money, a truly attractive feature for anyone in this day and age.

Types of Solar Systems for Commercial Use

While the use of solar power on large-scale arrays and single-family homes are built entirely differently, so are solar arrays on commercial spaces and multi-use buildings.

Individual solar panels can be connected passively, where each panel is connected individually to an electrical meter, or you can choose to go the more expensive route and have a direct inverter system, where each cell is connected to the meter itself.

For the latter option, this gives you the greatest amount of oversight for maintenance purposes and quality control. You can also choose to install monitoring equipment which will relay the usage and condition of each cell. This way you’ll know when a cell needs replacement, and how much power each cell is generating.

In addition to solar power for electricity purposes, you can also use solar systems for powering your hot water heater as well, which transfers the solar collection into thermal energy.

If you’ve chosen to invest in commercial spaces, mix-use buildings, or apartment complexes, the accolades, respect, and revenue you’ll get for adopting green solutions will outweigh the expenses immensely over time.

Today, we’re faced with the dire consequences of human industrialization, and these ramifications have only begun to show themselves in our world climate. It’s said by numerous climatologists that climate science is a 7-generation phenomenon. So, what does this mean for all of us?

Truth be told, many of us living today will not be around when the real problems are evident and begin causing massive disruptions of civilizations across the globe. But, our great-great-grandchildren will.

This makes it all the more important to adopt green solutions. And, for those with the means to develop or install large scale solar operations, this option should be at the top of the list.

If global climate forecast models hold true for the next century, we’ll not only see a rise in sea level that will displace millions, and alter the way millions of people live, we’ll be dealing with much more erratic weather and disruptions on a global scale that have never before been seen.

Currently, the carbon levels in our atmosphere exceed levels from of the hottest years on record that the Earth has seen in 200 million years. And, Earth’s temperature increase always follows a rise in atmospheric carbon.

We are truly in uncharted territory when it comes to global temperature, with an increase of 2 to 5 degrees Celsius for global temperature projected by the end of the century. A statistic that will wipe out numerous species across the globe.

Doing our individual part to help heal the planet is everyone’s obligation. We all live here, and we don’t (currently) have anywhere else to go. And, while modern energy solutions are still in their early development stage, we can all play a part by adopting the solutions that we have now, and at least try to save what we can of our world for our future generations.