Over the course of his career, actor Ethan Suplee has lost and gained more than 1,000 pounds. That is a big number, would you say? But he is now close to his goal of having a six-pack. That is a long way to go for someone who had roles as the fat kid in the group. You will be shocked after seeing his body transformation. How did Ethan Suplee achieve his weight loss journey?

In a recent interview, Ethan said his most successful weight loss project remains 210 pounds. During that period, he rode 100 miles per day, six days a week.

Read on to find more about the weight loss journey of Ethan Suplee.

During the past two decades, Ethan has tried almost every diet in the book. Some have worked for him, some have not. Some diets made him gain all of his weight back and some extra.

He went on his first diet at the age of 5. After visiting his grandparents, they made him start a diet. His grandparents got shocked at his size. So they limited his food. Ethan learned quickly that if he wanted a second helping of lasagna, he had to grab it while they didn’t look. That made him learn an important lesson, food was something people didn’t want him to have.

As a result, Ethan would start binging in private. By the time he reached 10 years, he weighed more than 200 pounds. At that point, his dad put him on a liquid diet. He drank diet soda and protein shakes. Ethan did lose some weight using that diet. But his mom didn’t like it, and she pulled him off.

Suplee didn’t think about dieting again until he reached 20 years of age. At the time, he started working on a project in Romania and had to try the liquid diet again. He shed 60 pounds using the diet.

Over the course of his life, he has tried everything. The list includes Atkins diet, blood type diet, keto diet, and many more. And while he has once lost 210 pounds, he describes his body at the time as “all skin and bones”.

How he lost weight

In 2001, at the age of 24, he found himself standing on a freight scale at a shopping center. The humiliating detour came in a facility for drug and alcohol addiction. The facility didn’t have a scale for patients his size. Ethan says, “I was utterly horrified”.

At the time, he weighed more than 530 pounds. He suffered from congestive heart failure. Despite the wake-up call, he gained more than 14 pounds during his rehab. He would just eat and eat.

But he has stopped it. Now, he weighs 255 pounds and has shredded down to just 11% body fat. In his American Glutton podcast, the actor shared the linear journey.

In 2018, everything clicked for him. He stumbled across a TED Talk by Mike Isratel. That is when he realized his problem. Carbs and gluten didn’t represent his problem. His problem was his relationship with food. 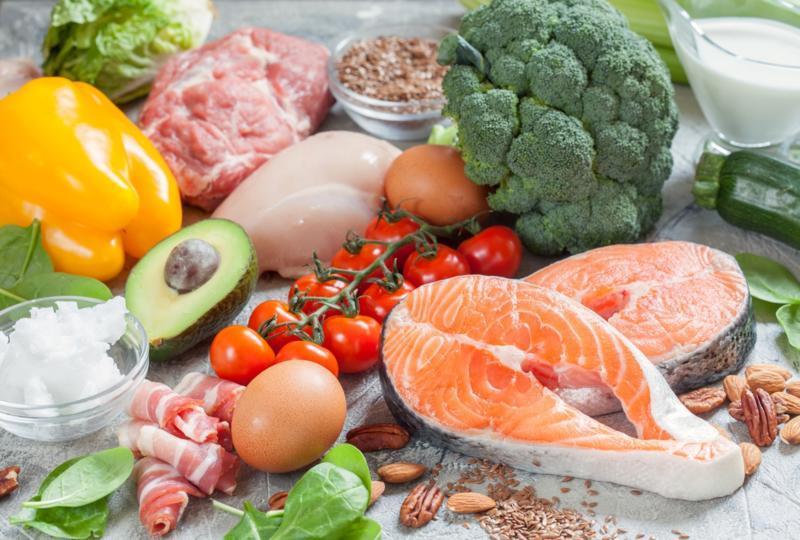 At the time, Ethan followed a low-carb, high-fat keto diet. The TED Talk he saw made him change his life. He realized the problem “was not what he was eating, but how much he was eating”.

So, he began tracking what he put in his body. He introduced carbs back into his diet. But he also started eating what he wanted. The only difference is he ate in portions appropriate for his body.

The main thing he had to do is find a balance. He didn’t want to eat more calories than he expended each day. And he consumed very nutritious foods like dark leafy greens, salmon, chicken, and similar that pack very few calories. As he started to realize his calorie consumption, he binged less and fill up on healthier foods.

A few months later, calories stopped “being calories”. Instead, he looked at calories as food. He now follows a high-protein, moderate-carb, and low-fat plan that allows rice, potatoes, and pasta. But the actor limits himself to just one cup of these foods. And he doesn’t call it a diet. He says, “I eat like a normal person”.

He lifts weights six times per week for one hour. Sometimes he will also do cardio for 20 minutes. And he is not the only one reaping the benefits of his new lifestyle. Ethan says his wife feels very happy with the change. She has followed him for ups and downs and dark times in his life. Now, he has the energy to do things he couldn’t do before.

Ethan has one thing to say to his fans and followers, throw diets in the garbage. He says that following some diets, he developed bad habits early in his life. And these habits broke his body’s ability to tell him to stop eating.

He says, “Diets told me I was defective, and yo-yo dieting is the worst sort of hell. It is chasing a goal that disappears immediately once achieved”.

Now, he puts in work to devise his own way of eating. He took control back from diets that commanded his free will. And Ethan now understands he can have whatever sort of body he wants. He lifts weights like a bodybuilder, and it is all thanks to his understanding of his body. Now, he trusts himself to follow through.