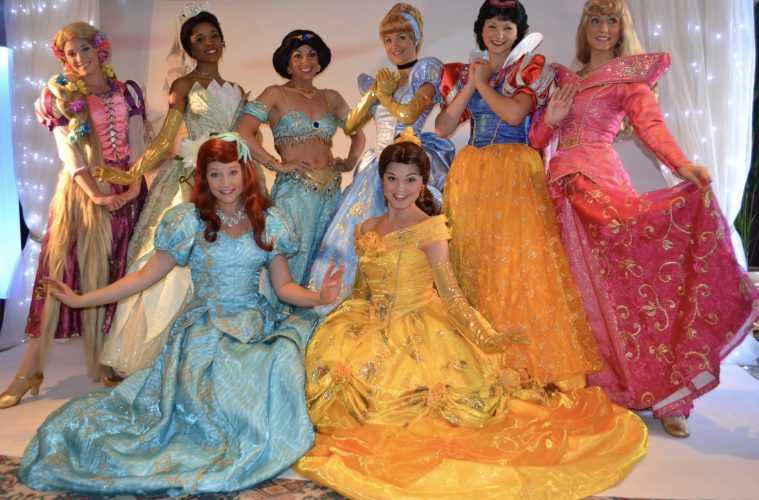 Exploring the Evolution of Disney Princesses

Among Disney’s expansive landscape of characters, make-believe worlds, and inventive ways to tell stories is one of Walt Disney’s most significant contributions to movies — the Disney Princess. Over the decades since the viewers were first introduced to his cinematic female characters, Disney Princesses have undergone multiple evolutions.

As society changes and the expectations of movie fans develop, we’ve seen the role of the Disney Princess evolve alongside these changes. Movies are a significant source of cultural influence and affect viewers’ perceptions and behaviors consciously and subconsciously.

Join us in exploring the evolution of the Disney Princess.

In the early days of movie animations, Snow White was a leader in her artistry and in the fact that she was the first of what would be known as the Disney Princesses. Snow White and the Seven Dwarfs was released in 1938 and was based on the Brothers Grimm fairytale, Snow White.

Snow White’s demeanour was very of-the-time, where female characters were portrayed as demure and as ladies-in-waiting. She took care of the Dwarfs, maintained the home, and dreamed of her Prince Charming. The movie was well-received at the time and served as the blueprint for the possibilities Walt Disney and his team would take advantage of as technology advanced, and his audience grew.

The 90s were known for many things, and that includes the development of the Disney Princess franchise. Young children’s imaginations were encouraged as Disney created more multi-dimensional characters. Princesses like Mulan were also warriors and challenged the typical feminine expectations of women. Belle was a girl in love with reading and longing for an adventurous life in The Beauty and the Beast.

During this decade, we saw the evolution of their characters and their styles. Some YouTubers like Azzyland have even documented their transformations on their channels, fascinated with the progression of the Disney Princess. Jasmine showed an independence that viewers hadn’t seen with the early animations, including Cinderella and Snow White.

In the 2000s, Disney Princesses have seen arguably their most significant transformations to date. The circle of Princesses has expanded to include heroines like Meredith from Brave, a new take on Rapunzel in Tangled, and island explorers like Moana.

The most apparent characteristic the modern Disney heroines seem to share is their independence and curiosity to explore worlds outside their own kingdoms. When Tiana was introduced in The Princess and the Frog, it was a welcomed development in the Disney universe as the first Black Disney Princess — in addition to her powerful career goals as a restauranteur.

When Frozen was introduced to audiences, it was widely praised for its focus on the bond of sisters rather than centring the film around a love interest.

As Disney widens its lens and creates films to speak to the modern viewer, we will undoubtedly continue to see innovative new heroines on our screens. The twenty-first century Disney Princess is paving the way for future animators to create their own female characters and tell their own stories.