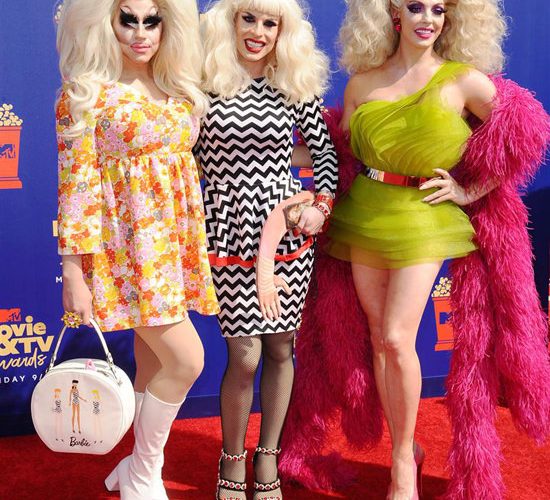 Top 10 Famous Drag Queens You Need to Know About

Drag Queens made RuPaul a genuine mogul. He started the show “RuPaul’s Drag Race”, bringing drag queens into the mainstream media spotlight. The wonder and mystique of drag culture instantly captured viewership. Thanks to the show, a lot of people earned millions. Today, we will look at some of the most famous drag queens. How they continued their career following Drag Race? Take a look.

For more than one decade, RuPaul managed to put drag queens into the spotlight. And they all can thank him for their salary and earnings. Here are some of the best. 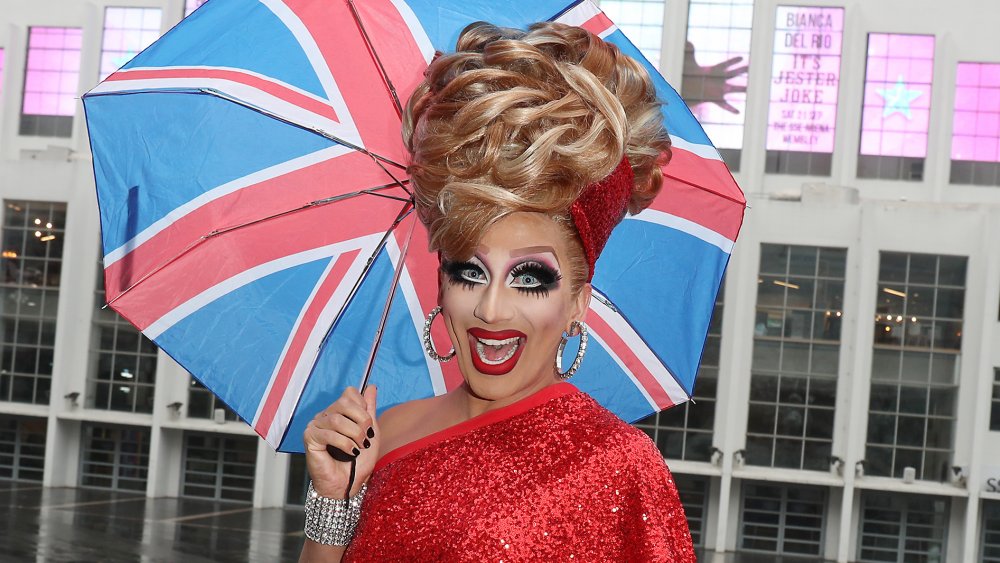 You have to start with the queen of drag queens. Born as Roy Rene Haylock, Bianca Del Rio is an American drag queen, but also a costume designer. She won the sixth season of Drag Race and managed to turn her career around.

From the moment she stepped on the show, Bianca captured the audience. Now, she has more than 2 million followers on Instagram.

Following the end of the show, she toured America as a stand-up comedian. She played a role in a couple of shows, including The Rolodex of Hate, Not Today Satan, Blame it on Bianca Del Rio, and many more.

Bianca is the first drag queen to headline at Wembley Arena. She grew up in Gretna, Louisiana. She has Cuban heritage on her mother’s side and Honduran on her father’s side. Fourth of five children, Bianca moved to New York after high school. There, she worked at Bloomingdale’s for nine months. 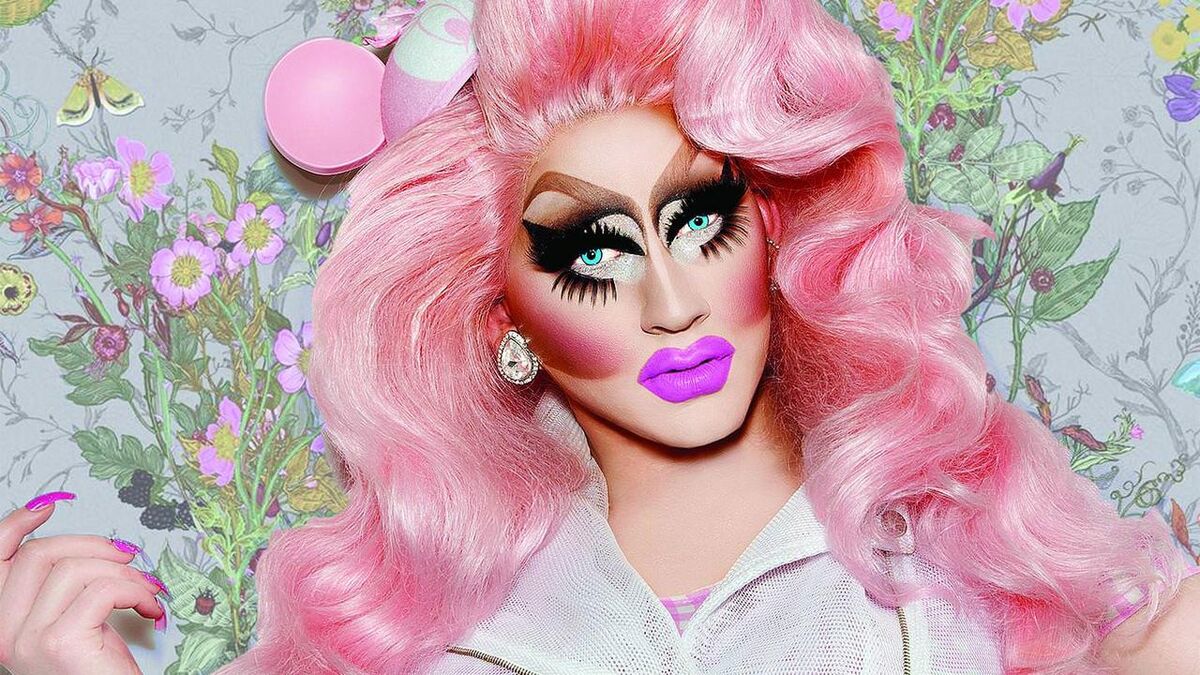 Born as Brian Michael Firkus, Trixie has a true Cinderella story. She grew up in a poor family in rural Wisconsin and now can fully support more than one family. Trixie appeared in Season Seven of Drag Race for the second time. Before that, she won Season 3.

She is a singer, comedian, author, and television personality. In 2019, the New York magazine placed her at Number 4 on the top 100 stars to come off of Drag Race.

She now co-hosts the web series UNHhhh. And as an entrepreneur, she founded Trixie cosmetics. Mattel now serves as the CEO of the company and operates a YouTube channel. There, she shows off the products of the company but also does product reviews from other brands. And of course, she posts new music. 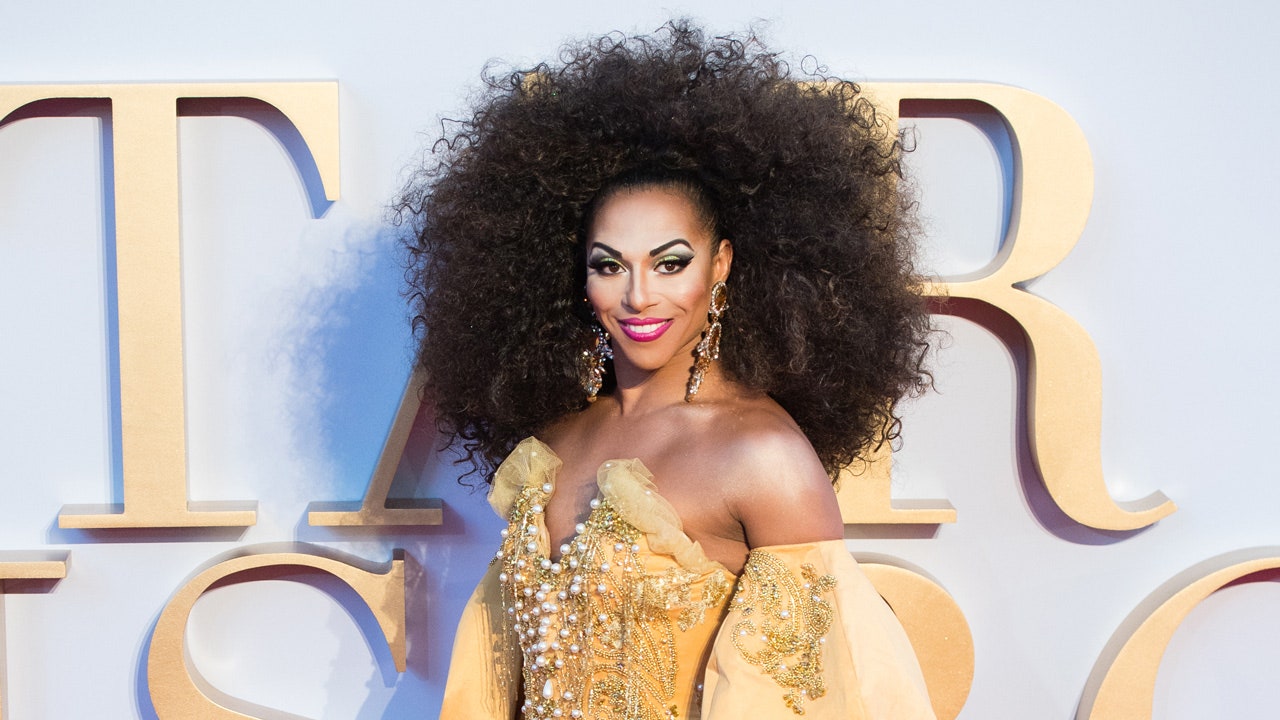 At the age of 37, Shangela is already a worldwide star. Born as Darius Jeremy Pierce, the American drag queen also works as a reality television personality and actor. She appeared in Season 2, finishing in 12th place, and then in season 3, finishing at sixth place.

Surprise surprise, she got eliminated as the first contestant in season 2. But then returned in the third season. She now performs regularly in the US and Canada. Fun fact: New York magazine ranked her second on the list of 100 stars to come off Drag Race.

Following her exit from Drag Race, she appeared in television series like Community, 2 Broke Girls, Glee, Bones, Broad City, and many more.

Shangela emerged as Prince’s drag persona in January 2009. Since then, she choreographed a three-person act to Singel Ladies. In 2014, she started Say What Entertainment, a management company for drag performers. 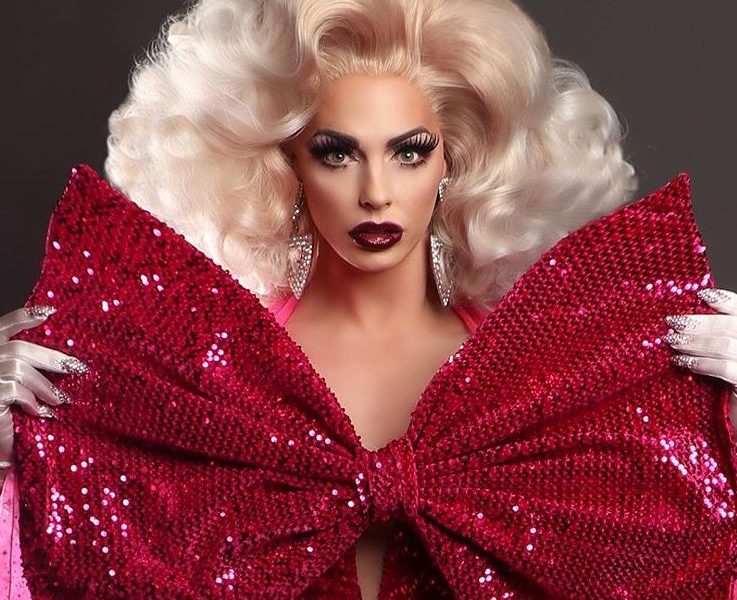 Born as Justin Dwayne Johnson, Alyssa is a choreographer and businessperson. She competed in a number of drag competitions, including Miss Gay America. Yes, she started in drag pageantry. Alyssa rose to international attention after her appearance in the fifth season of Drag Race. The fans loved her, and after her exit from the show, she started her own web series, Alyssa’s Secret.

She lived in Mesquite, Texas. There, she owns and operates a dance studio, Beyond Belief Dance Company. Her studio is the centerpiece of Dancing Queen, another show produced by RuPaul.

What made her so popular? Make a pick. Iconic looks, killer personality, and all-around fabulousness. Alyssa got famous the moment she entered the show. Nowadays, with more than a million followers on Instagram, she continues to make waves as one of the most famous drag queens. 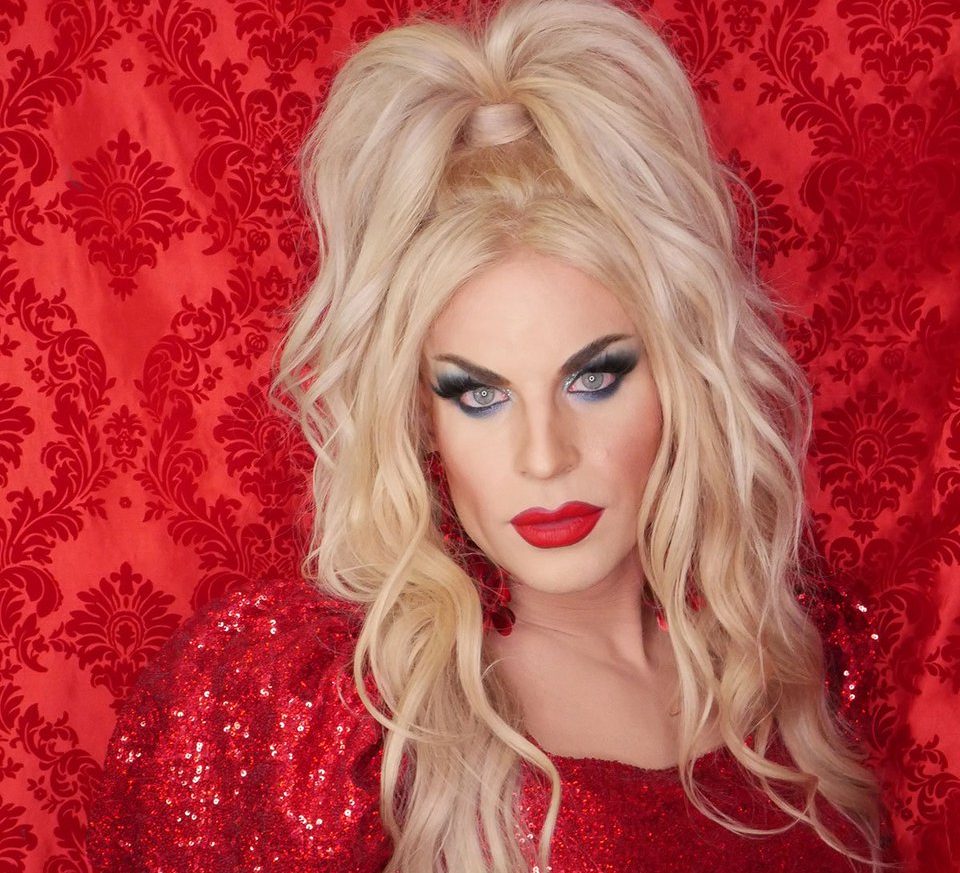 Katya appeared in season 5 of Drag Race, finishing fifth at the end. She also appeared in the World of Wonder web series, UNHhhh. Brian graduated from Marlborough High School and then created the Katya character in 2006.

He took the stage name from a combination of Russian names, and one of his favorite gymnasts, Elena Zamolodchikova. Speaking of his choice, Brian says that he got inspired by female comedians and funny interesting women.

As Katya, he hosted a monthly drag show, Perestroika at the Jacques Cabaret. He performs songs by popular Russian artists, including T.A.T.U and Glukoza. 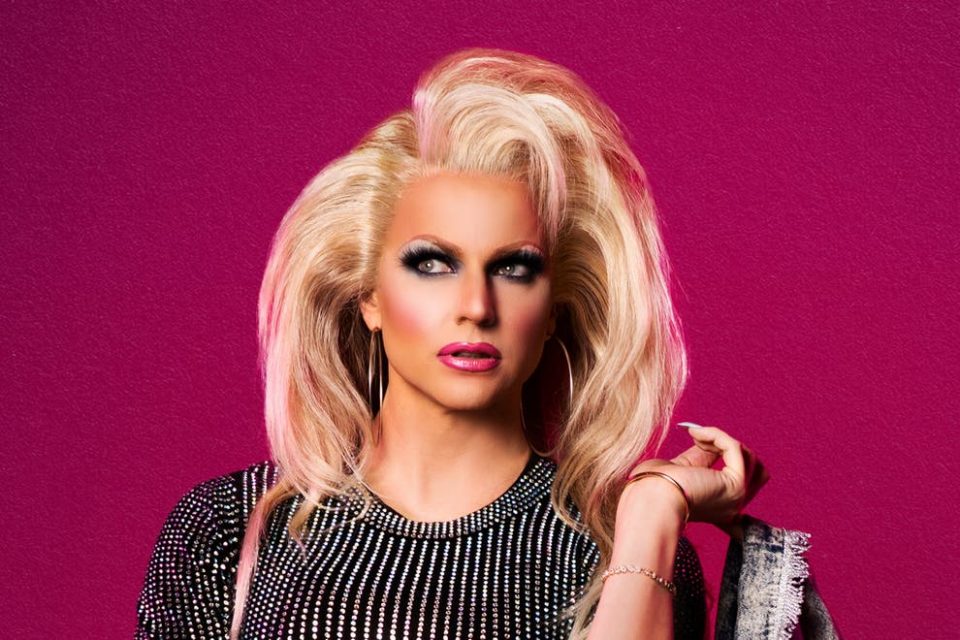 Born in 1982 as Shane Gilberto Jenek, Courtney is an Australian drag queen and singer. She came to prominence after appearing in Australian Idol in 2003. Following her exit from the show, she signed to BMG Australia and released her debut single, Rub Me Wrong.

The single helped her gain international popularity. During her audition for the Australian Idol, Courtney paved the way for other LGBTQ people. She is the first LGBTQ contestant to openly appear on a reality TV talent show.

In the 2010s, she continued recording music and even released an extended play. She then started a hosting career with the television special, The Courtney Act Show. In 2019, she also appeared in the Australian version of Dancing with the Stars, finishing as runner-up. 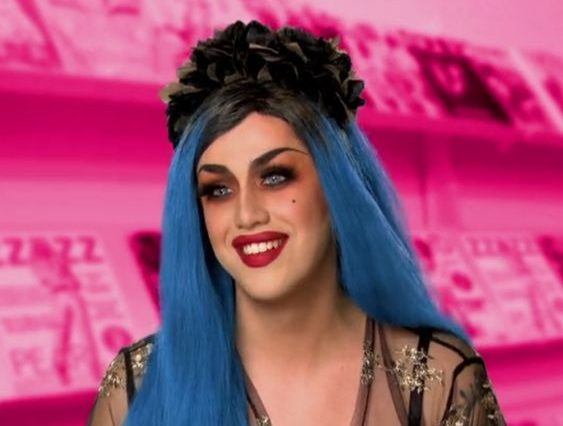 Born as Daniel Anthony Noriega, the American drag queen appeared as a contestant on the seventh season of American Idol in 2008. She then appeared in the sixth season of Drag Race, finishing in the top 3.

Following her exit from the Drag Race, she recorded and released three studio albums. Her headline tours proved a major success. 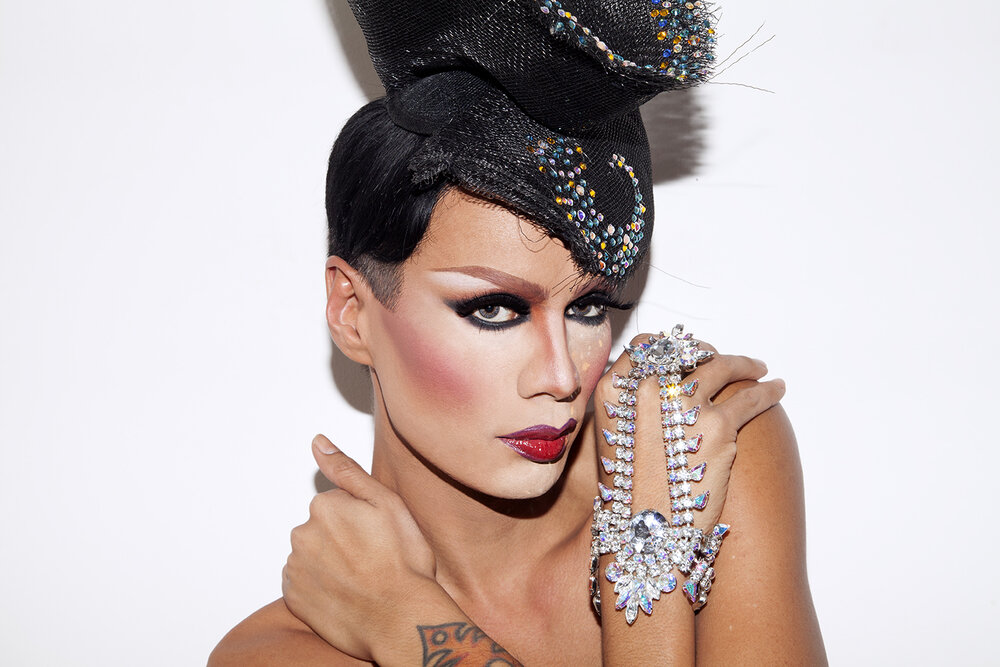 Gemini won the third season of Drag Race. But she earned more popularity as a makeup artist on America’s Next Top Model. So far, she has worked with celebrities like Adam Lambert, Twiggy, Tyra Banks, and many more as a makeup artist.

She worked as Lambert’s makeup artist for print media, live US appearances, and his international Glam Nation Tour in 2010.

Raja got into the drag scene at the age of 16, after attending LA nightclubs with his friends. He got inspired by the goth and punk subcultures. He spent his early days in the 1990s at the club Crayola. 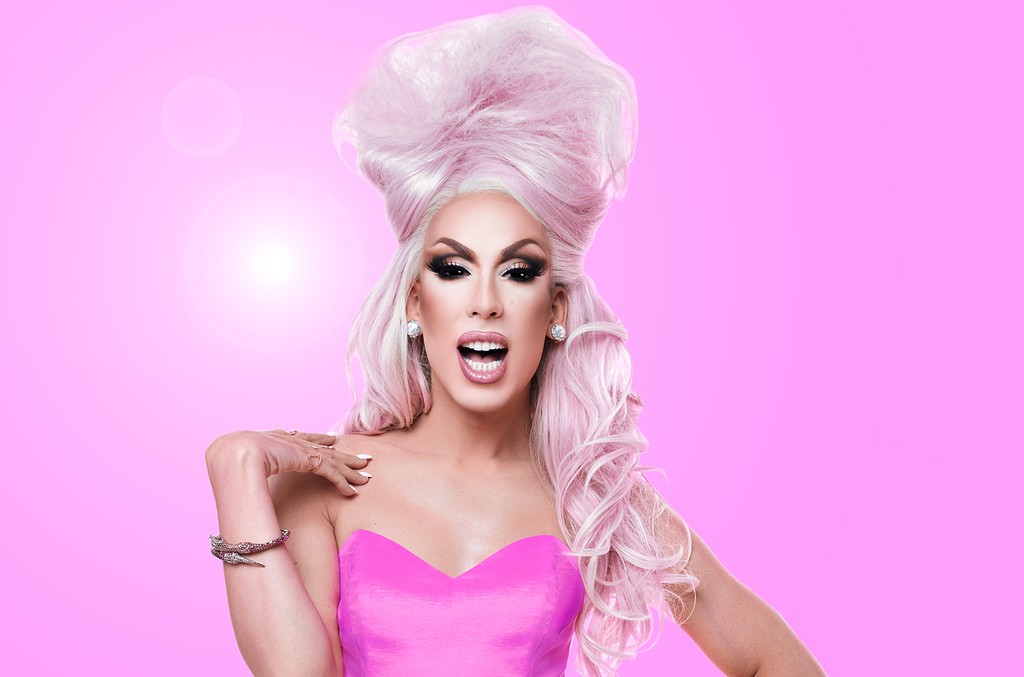 Born Justin Andrew Honard, Alaska finished as runner-up in season 5 of Drag Race. Since then, she has started a successful recording artist career. And she won the second season of Drag Race All Stars.

She now hosts the web series, Bro’Laska alongside her brother, Corey Binney. In 2015, she released her first studio album, Anus. And then in 2016, Alaska released her second album, Poundcake, followed by her third in 2019.

She also performs alongside William and Courtney Acct in The AAA Girls drag group. Fun fact: she moved to Los Angeles to pursue acting. But because of the auditioning process, she turned to drag and got a job. Since then, she performs in clubs. 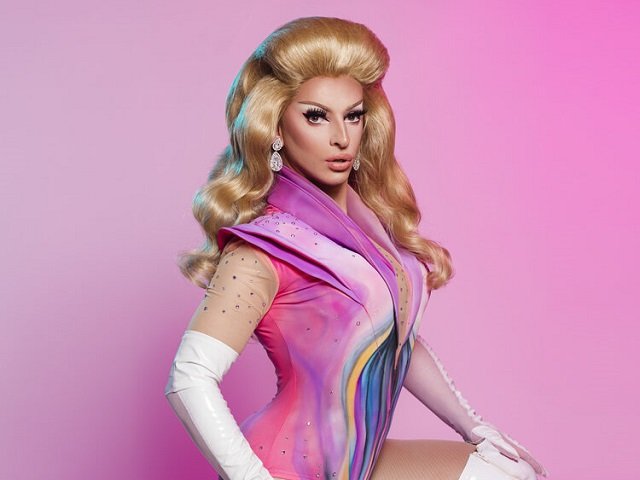 If you love famous drag queens that use their voice for good, you have to love Miz Cracker. Born as Maxwell Heller in 1984, she finished fifth on the 10th season of Drag Race.

She started her career in 2011, after meeting Bob the Drag Queen. She now has more than 1 million followers on Instagram.

Miz uses the platform to talk about real-life issues. She also worked for Slate and Muck Rack, talking about LGBTQ topics and drag queen topics.

And now she has her show, American Woman. She tours the world and empowers ladies through the show.