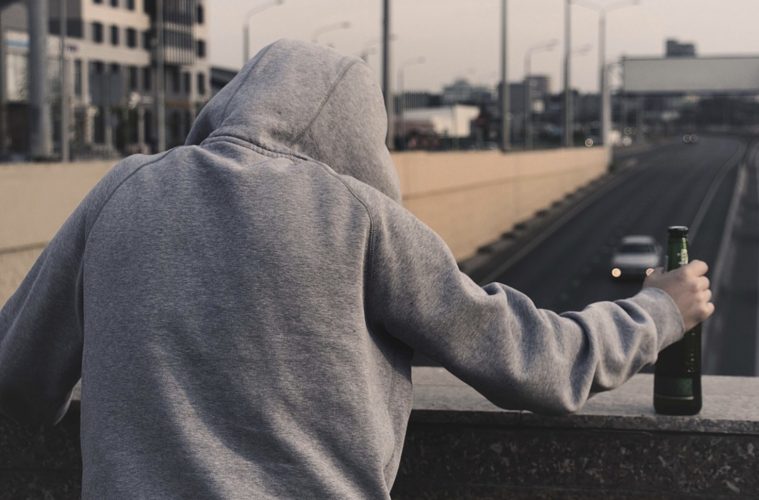 The general assumption regarding substance abuse disorder (SUD) has been largely mystified as a consequence of incorrect or exaggerated media representations over the past several decades. However, not every addiction looks or feels the same and will drastically vary by the substance itself, as well as many other factors. Therefore, it’s essential to tread carefully when we are trying to acknowledge either our own or someone’s substance abuse problems.

Whether it is recreational, over-the-counter, or prescribed drugs, one can easily fall prey to any of these substances, especially if they were misinformed or did not know how to use them properly in the first place. Although there is no concrete evidence to bind the root cause of poverty and addiction to substance abuse, studies have shown that illicit drug use is much more rampant amongst low-income families.

From what we know, addiction to these illicit substances and alcohol tends to change the way a person looks, behaves, and – to some extent – even their ability to comprehend reality. Some other inherently complex changes can also occur; however, they can be difficult to identify, and these changes can be typically spotted by medically trained professionals only.

Thankfully, we have sufficient evidence from various scientific studies that help us to determine whether or not someone close to us has fallen victim to substance abuse. Oftentimes, close friends or family members are among the first ones to notice when someone is dealing with such a problem. If you are worried about your own safety or a loved one’s substance abuse, it’ll be helpful to know the primary warning signs.

One of The Earliest Signs: Mood Swings

A person in the earlier stages of substance abuse disorder can show radical shifts in their moods in a very short amount of time. Within the span of ten to fifteen minutes, they can go from an overtly happy state to a really low and unenergetic one, regardless of any stimulation from the outside world. To the outside viewer, it can seem quite jarring and shocking.

Many substances impair the user’s ability to comprehend and channel their emotions in a logical manner, therefore resulting in either mass confusion or frustration. Depending on the severity of addiction, these changes can take any shape or form. If an otherwise calm and collected person is starting to show sudden waves of these changes, then there is a chance they could be battling with drug addiction.

Physical signs are probably the easiest to spot, but by no means should they be applied by themselves to conclude a claim about someone’s substance abuse disorder. Bloodshot eyes and constricted or dilated pupils can be clear signs of a person being intoxicated. In addition, you may also notice unusual or bad smells on their breath, clothing, and other personal items.

You can also tell by the sudden change of complexion or other similar factors, such as the development of facial acne, to determine if they are involved in drug-related activities or not. Some people have also been known to exude extremely poor hygiene, as well as a reduced interest in personal cleanliness and care, under the influence of drugs.

Fearing social stigma and misappropriation related to drug use, many users withdraw themselves from society and other forms of close relationships. Whether it’s to shield themselves from the harsh reality of what is to become of their addiction or they’re doing it just to fuel their addiction even more without interference, reclusive behavior is a fairly common symptom of drug addiction.

Spending extended periods by themselves and not sharing their whereabouts or details of how their day went is a common occurrence with people who are trying to keep their private struggles with addiction in the dark. In some of the more severe, worst-case scenarios, they may completely even cut themselves off completely from everyone in their social circle.

Most drugs will subsequently take over a person’s internal reward system and render them completely uninspired in life. Many experts strongly believe that this is an easier way for drug addicts to funnel their energy towards satisfying their cravings for illicit substances. Tardiness, constant failures, and dulling of talent can shortly catch up after a person has lost all interest in their goals in life.

Getting them back on the correct course will need deep intervention and behavioral counseling. Because of this, it is often the main point of focus for a lot of rehab programs that deal with chronic addiction. Many Las Vegas rehab centers, as well as other qualified facilities across the nation, have incorporated this strategy as part of their core treatment programs and have found success on real grounds.

This trait is mostly observed in people dealing with more severe substance addictions, such as opioids. Once a person’s natural affinity to decipher logic and reality becomes hindered, they become more vulnerable to reckless and dangerous actions. Comorbid mental issues, such as depression and anxiety, can also lead to a worsening of the situation if it remains unnoticed for a long period of time.

Recognizing the symptoms of substance abuse disorder is a fairly complicated endeavor, especially when it comes to gauging your own health situation. If you have identified any of these signs in yourself or someone close to you, it’s imperative to consider reaching out to a rehab center or an intervention specialist immediately for prompt and compassionate treatment.