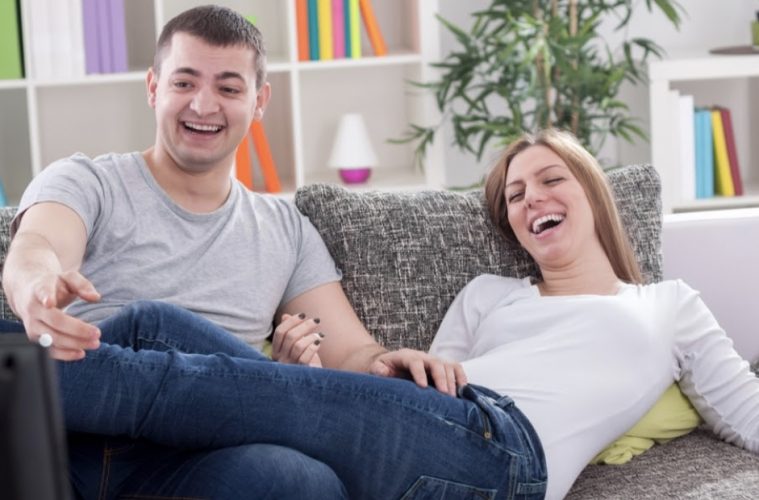 Running out of episodes of your favorite series? You’re probably thinking what to do on a weekend; will it be out with friends or just have some lazy time at home. As we go through a hectic week, we always look forward to having a rest, plunging into the bean bag and not thinking about anything. It’s probably the best time to binge-watch something fun — comedy reality tv shows can turn your boring day into hours of laughter and entertainment.

We don’t want you to spend hours deciding what to finally watch, so we got you covered!

If you like watching match-making with a little bit of sass, watch as the fab five of Queer Eye forges relationship of men and women, educating them about style, proper dating etiquettes, and giving relationship advice. The Fab Fives just gives the funniest but real side comments on dating scenes and goes around style and grooming for a more fabulous and successful match-making. You would be surprised how real straightforward they are when it comes to giving advice that can also go beyond funny insults to their guests.

This is the retail version of Gordon Ramsey burning restaurants with insulting advice. Mary Portas: Secret Shopper might appeal to you even if you don’t like Ramsey’s shows. This reality TV show exposes shoddy customer service in retail stores while also educating them on what to do for a more efficient selling. It gets funnier when the owners or staff denies everything that’s been observed, creating immense awkwardness and cringey-laughter at the same time.

The series is about a dating game initiated to be able to search for a match for Flavor Flav among 21 contestants to live in a mansion in Encino California. The dating game show starts with 21 contestants getting different nicknames by Flavor Flav and competes in challenges to see which one will be eliminated. The obstacles for the women tend to be hilarious as they also goof around while completing the challenges given. In the end, one woman remains to be ultimately chosen to date Flavor Flav. You won’t take how feisty and funny the contestants get as they get through the challenges. You can tell things won’t work out well since there are multiple seasons of this show and it spawned a massive series of spin-off shows featuring other musicians and even former contestants.

Rock of Love with Bret Michaels is basically a spinoff of VH1’s Flavor of Love format. The series is also a reality dating game show that features women as contestants in the fight for a cnahnce to date Poison frontman Bret Michaels. It also features behind the scenes of girls getting drunk while having the dumbest conversation and saying incomprehensible sentences. Rock of Love just gets funnier and funnier as the women fight through ridiculous challenges… and sometimes each other.

Due to the overlap of contestants of the giant network of VH1 dating shows, check out the complete Flavor of Love and Rock of Love viewing order before you dive into this crazy world of reality TV.

Billy on the Street (truTV)

The show revolves around comedian Billy Eichner going around the streets of New York and asks random people and celebrities questions and trivia that they don’t want to answer. You might want to put your popcorn on the table as the questions and answers would tend to go hilarious as you did not expect to be.

Drag Queens battle for a title to be the next America’s best Queen of all. Watch as the contestants go through challenges, have the most fabulous makeovers, and get into a hilarious and shade-filled conversation throughout each season. The reality show offers an out-of-this-world verbal fight comedy full of all types of drama and a whole lot more. There is such an artistic side filled with so much laughter and comical insults, so there’s something in it for most people.

Catfish is one of MTV’s most-watched shows of all time. The series revolves around people who are dating online and initiates to have the couples meet in real life. However, some might not be what they look like and what they are in reality; and Catfish’s main goal is to reveal who’s real and who’s not.

There are a whole bunch of reality TV shows to watch. You just need to find out what’s best for you. So go skip the night out and be filled with laughter over the weekend!