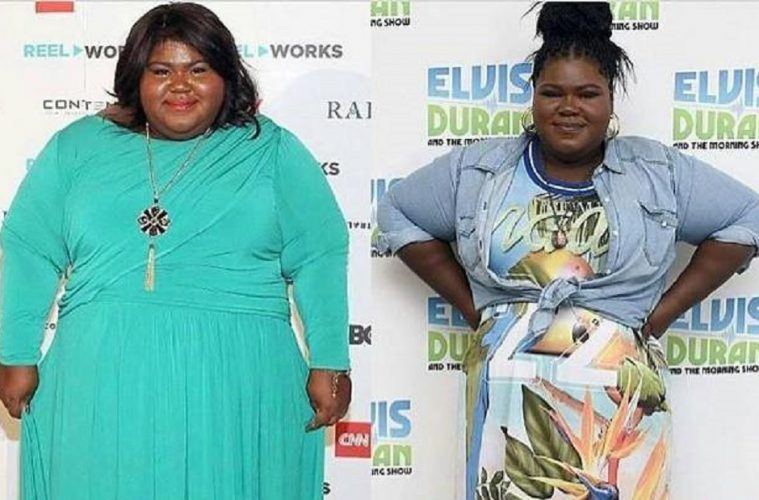 Gabourey Sidibe’s weight loss journey included bariatric surgery. But while she lost more than 100 pounds through the surgery, Sidibe managed to maintain her healthy weight with diet and exercise.

What does she look like now? Is she skinny? Let’s talk about her weight loss journey. The American actress made a splash when she appeared in the movie Precious. With that role, she earned a nomination for the Academy Award for Best Actress in a Movie.

She then continued her successful career, earning a couple of awards and nominations with her appearance in the television show Empire. Throughout her career, she was also nominated for a Golden Globe.

Here is her weight loss journey.

Battle with Obesity from Young Age 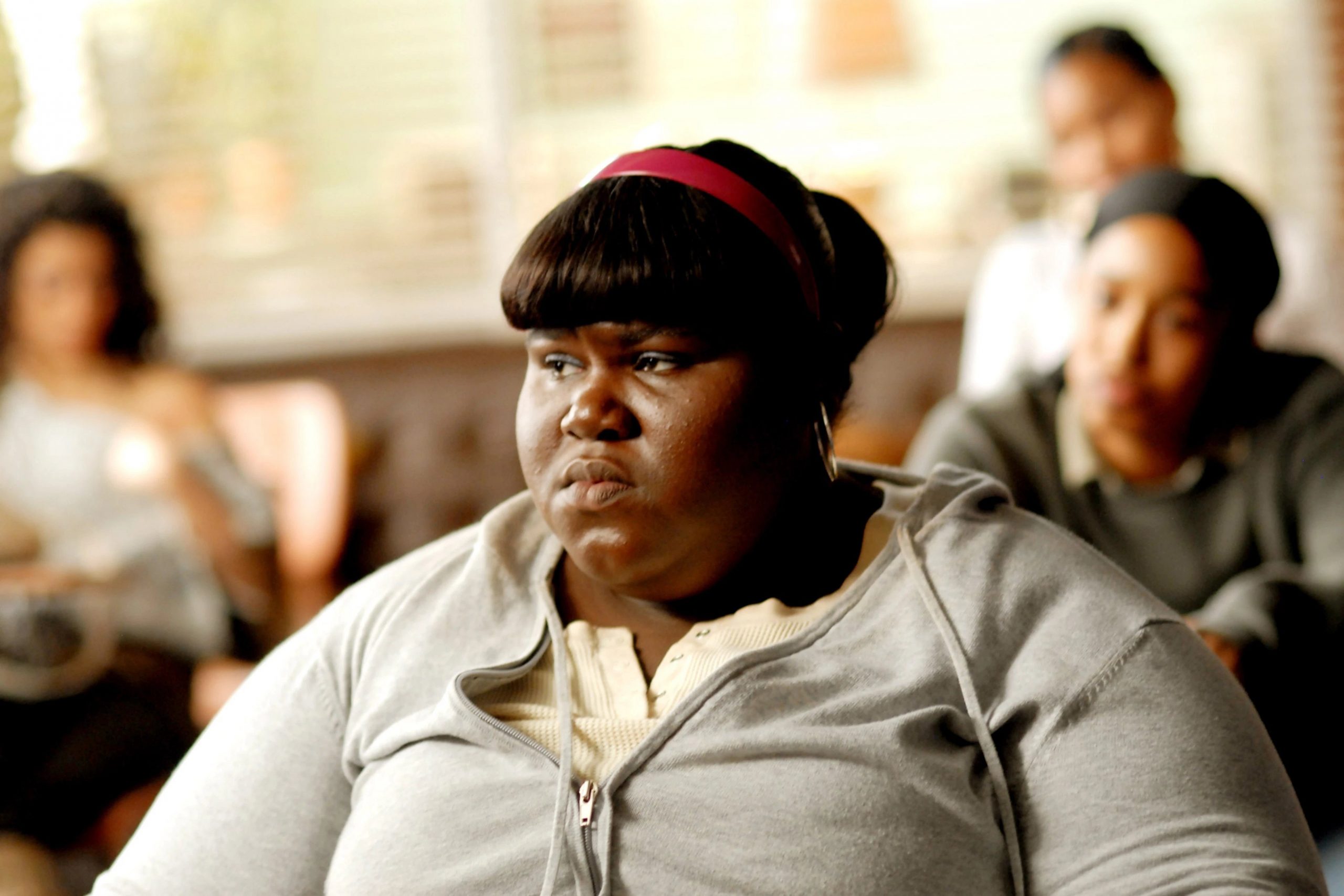 Born in Brooklyn, Gabourey spent her childhood years in Harlem. Her mother worked as a teacher and then a professional singer. Her father, on the other hand, worked as a cab driver to support the family.

She has two brothers and twin sisters. Sadly, her parents split up when she was just 12 years old. Even at a young age, she struggled with obesity. The Precious star was aware of it at her young age.

And that made life difficult for the Oscar-nominated actress. In one interview, Gabourey said her father had beaten her and called her “fatso”. He constantly reminded her of the fact she was obese. But one good thing that came out of it was her “practice acting”. She says, “I grew up pretending I was okay when I wasn’t.”

And that wasn’t the only thing she had to worry about. Sidibe had to put up with a lot of bullying from her older brother as well. Everyone made fun of her at school, and then she came up back, where everyone also made fun of her.

Gabourey had no interest in acting and took a part-time job as a receptionist. But things changed when Lee Daniels gave her the lead role in Precious. Lee noticed Gabourey and thought she was the perfect star to perform in the movie.

The role was definitely perfect for her. Sidibe had to portray Precious, an obese, illiterate, teenage mom who enrolled in a special education project.

Today, Gabourey weighs around 150 pounds. She weighed twice as much before her surgery. Before going under the knife, she experienced events that led up to it and bulimia was one of them. But now he has reached her weight loss goal without any weight loss pill,

Throughout her life, she suffered from an eating disorder, bulimia and depression. But therapy helped her a lot. While there were times she couldn’t stop crying, she now loves her look and body.

Because she couldn’t talk with others in her family, she had to seek professional help from a therapist. When she complained to her mother, her mom would tell her to “get a thicker skin” or “stop nitpicking”.

Sidibe says, “I found a doctor and told her everything that was wrong with me. The doctor asked me if I wanted to kill myself. I replied, Meh, not yet. But when I do, I know how I’ll do it”.

In March 2017, Sidibe underwent laparoscopic bariatric surgery. She said that she opted for surgery because it was the fastest way to shed some pounds. And because she had been unsuccessful in trying to lose weight in other ways.

She had to change her relationship with food, and surgery would help that. In one interview, she revealed, “My surgeon said that my brain chemistry would change and I’d want to eat healthier. I’ll take it”.

Another reason she went under the knife was that she got diagnosed with type 2 diabetes.

After going the knife for a weight loss surgery, you have to make sure to maintain that body frame. A lot of people make the mistake of going back to their old habits. And what happens is they get the weight back.

But Gabourey wanted to make sure she maintains her new healthy weight. How did she do it? Here are a couple of changes she made in her daily habits.

Junk food is something we call “empty calories”. You just pile up calories that provide little to no vitamins and minerals for your body. For example, Oreos, fries, pizza, burgers, and plenty of other processed foods.

Sidibe got rid of all of these to reduce trans-fats and salt intake. Instead, she opted for healthy alternatives like veggie chips, hummus, and saltine crackers. 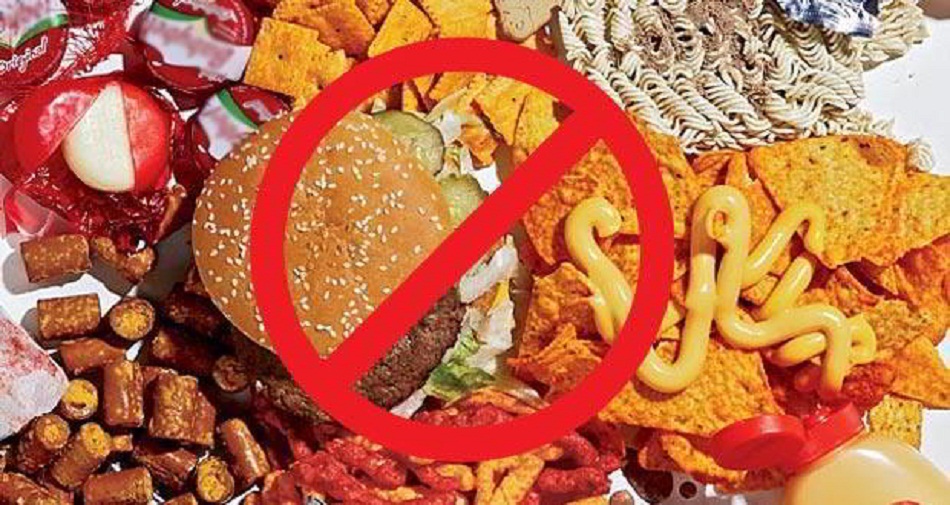 Eating at the right time

Do you know that the time you eat has a lot to do with your weight? We often say that breakfast is the most important meal of the day. You have to provide your body with healthy nutrients in the morning so that you do not crave sweets later on.

Another important aspect is to stop late-night snacking and eating. Gabourey started consuming 6 to 7 small meals per day and drink water 20 minutes before each meal.

Portion control is one of the common and popular weight loss techniques. Even if you eat healthily, there is a limit to how much you should eat.

After consulting with a nutritionist and a personal trainer, Sidibe came up with the right portion for her meal.

Cutting down on salt and sugar

This is the most important step if you want to lose weight. Do you know the sugar content in fries, cupcakes, cakes, pasta, pastries, and similar food?

Even if you are not a diabetic, you should control the amount of sugar you consume. 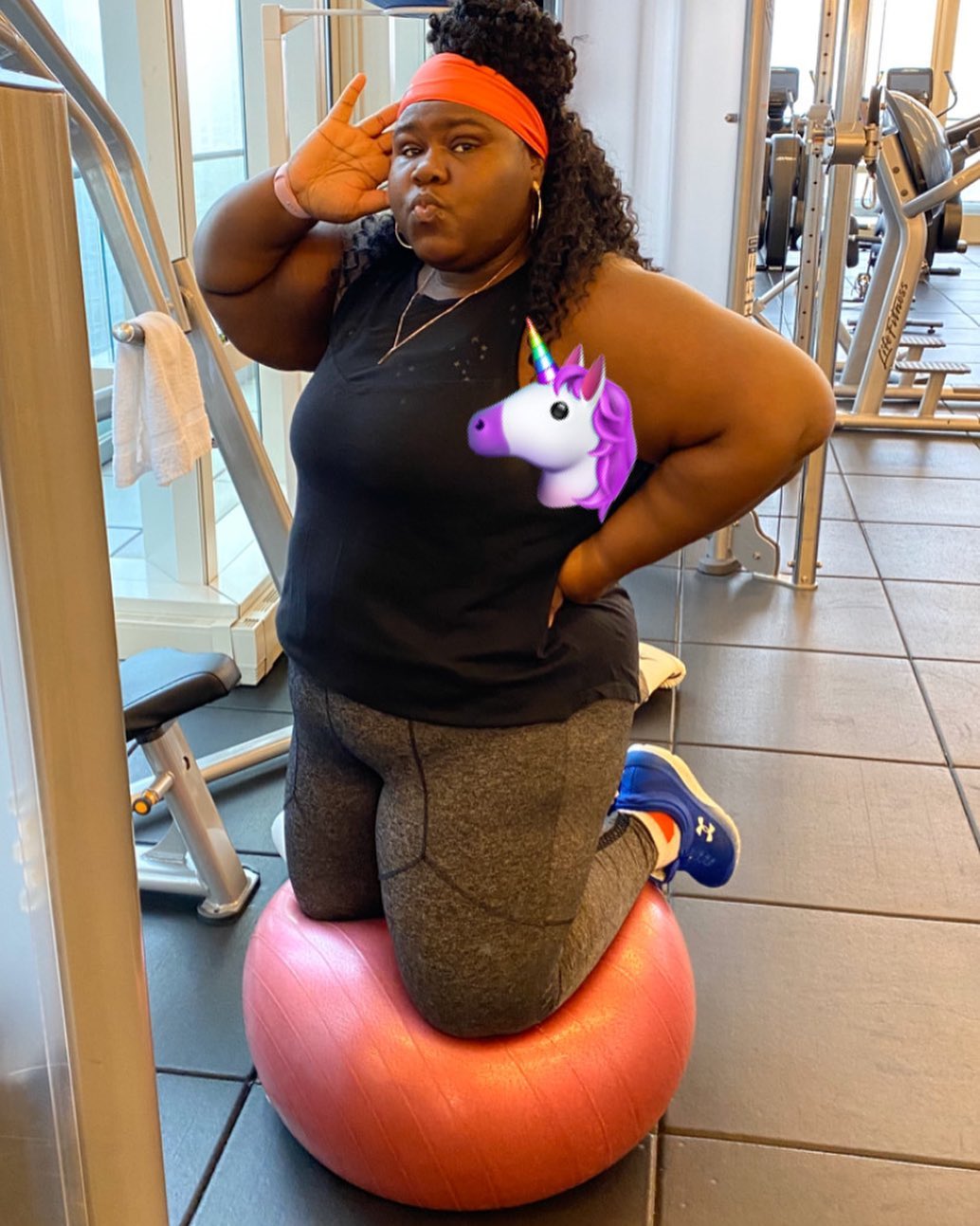 We try to repeat the formula every time we talk about weight loss. It is a two factors formula. One is diet, and the other is exercise.

After eating healthy for a while, Gabourey noticed she had a boost of energy. She wanted to use it to be more active.

Sidibe started with low-impact exercises, like slow walks. She also used the treadmill and the stair stepper.

Last, but not least, she tried aerial yoga. It is a nice and entertaining exercise to try.