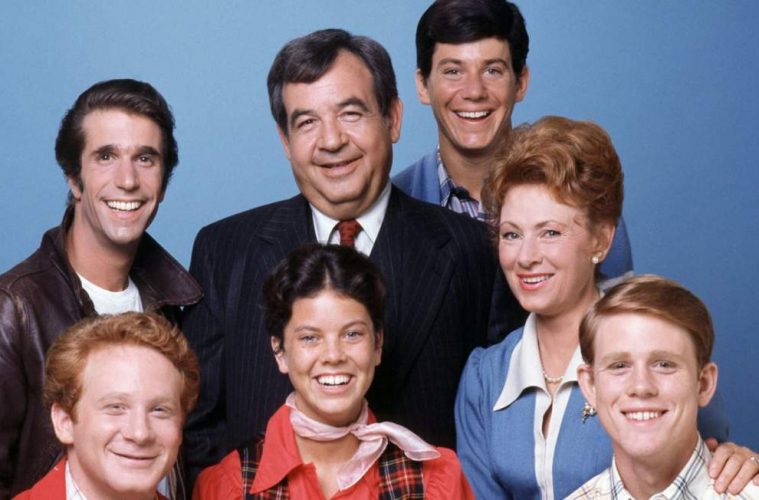 What Happened To The Cast Of Happy Days?

Happy Days aired from 1974 to 1984. The show ended some 35 years ago. But many of the cast members are still alive. Marion Ross, Anson Williams, Erin Moran, and many others. They even reunited recently for a Democratic Party of Wisconsin Fundraiser. What happened to the cast of Happy Days?

The American sitcom aired on the ABC network for a total of 255 half-hour episodes. The show lasted for 11 seasons. Many consider it the most successful show of the 1970s. Happy Days provided an idealized vision of life in the mid-1950s and mid-1960s. It began as an unsold pilot, and then made it to 11 seasons.

One of the reasons Happy Days enjoyed success is its ability to change and adjust. The first two seasons focused on the innocent teenager Richie Cunningham and his family. But after the ratings started falling during the second season, the production focused on broad comedy and popularized the previously minor character of Fonzie. Following the changes, Happy Days made it to Number 1 for 1967-77.

In the 1970s, Fonzie grew immensely popular. He was one of the most merchandised characters of the era. Henry Winkler earned worldwide stardom. The show also gave birth to some spinoffs, including Mark & Mindy and Laverne & Shirley. 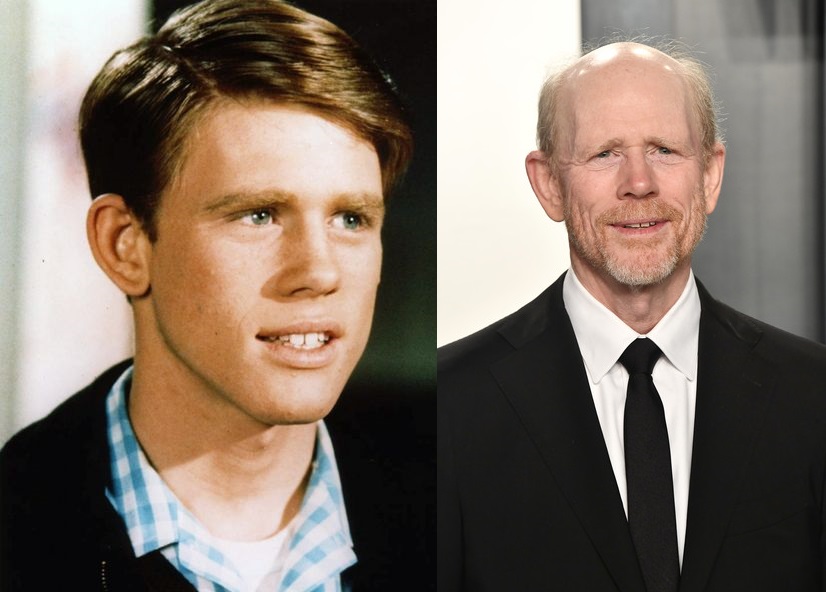 Ron Howard made a number of successful appearances before joining Happy Days. He had experience as a lead character in a sitcom. From 1960 he portrayed Opie Taylor in The Andy Griffith Show. He portrayed the son of the title character for eight seasons.

Howard also appeared in American Graffiti, one of George Lucas’s first major hits. And then he joined Happy Days. Ron played a polar opposite to Henry Winkler’s character. The two also developed chemistry and friendship off the screen.

Ron left Happy Days before the start of the eighth season. The reason is simple, he got a big contract from NBC, an exclusive for movies for the network.

In January 1983, he returned for a guest-appearance in Happy Days, giving his character a proper sendoff.

In 2009, he received the Austin Film Festival’s Extraordinary Contribution to Filmmaking Award. He took over directing duties on Solo: A Star Wars Story and replaced previous directors.

He is now co-chairman of Imagine Entertainment, a film and television production company. The company produced some high-profile shows like 24, Arrested Development, and Felicity. 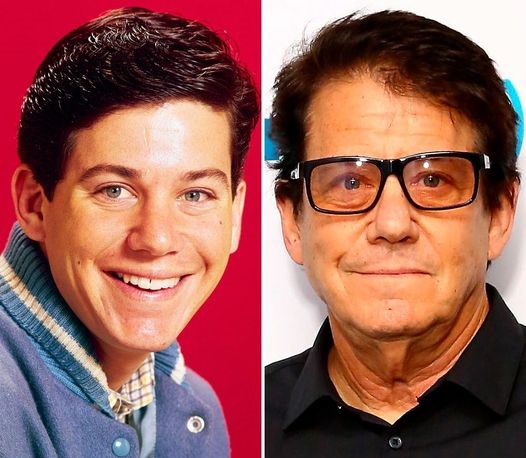 Anson made his name by playing Potsie Weber on Happy Days. That role earned him a Golden Globe nomination for Best Supporting Actor.

After leaving the show, Anson entered the world of directing as well. He worked on programs like Melrose Place, Beverly Hills, 90, 210, Sabrina the Teenage Witch, and more.

Williams remained through the entire run of Happy Days. But he appeared fewer and fewer times in later seasons.

Despite his successful work as a director, he sometimes returned to work as an actor, mostly in Happy Days-related projects. He played himself in a 1996 Happy Days-themed Boy Meets World episode.

In 1987, he and fellow cast member Al Molinaro opened a chain of diners, Big Al’s. In April 2011, Williams was one of the members to file a breach-of-contract lawsuit against CBS. The five cast members claimed they did not receive revenues from show-related items like comic books, T-shirts, and more. 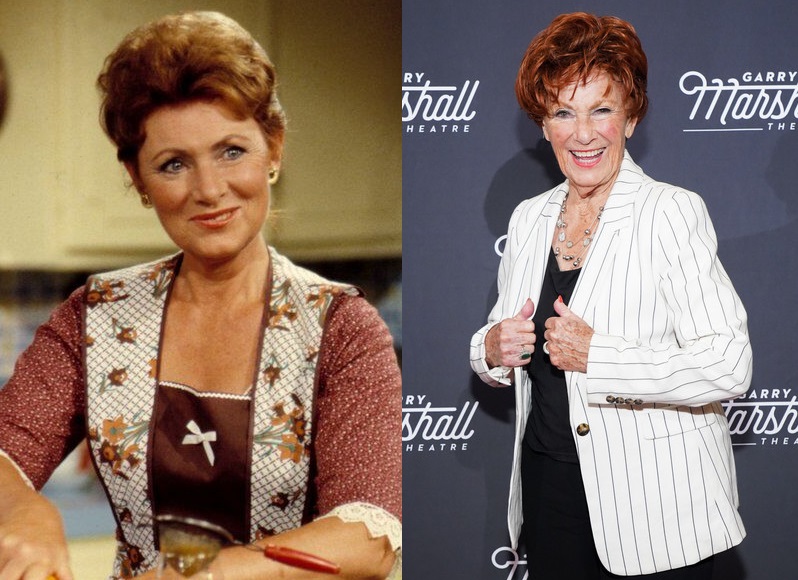 She is now a retired actress. Her role in Happy Days serves as her best to this date. For that role, Marion received two Emmy nominations.

Before Happy Days, she appeared in movies like Lust for Life, Some Came Running, Sabrina, Honky, and more.

In her later years, she starred in The Evening Star. For that role, she earned a Golden Globe nomination. Since the 1990s, she works mostly as a voice actor in animated series. Some of her projects include SpongeBob SquarePants, King of the Hill, and more.

In 2007 and 2010, she played Ida Holden on ABC’s Brothers and Sisters. She announced her retirement from acting in 2018.

In 2011, Ross, Erin Moran, Don Most, Anson Williams, and the estate of Tom Bosley filed a $10 million breach-of-contract lawsuit against ABC. 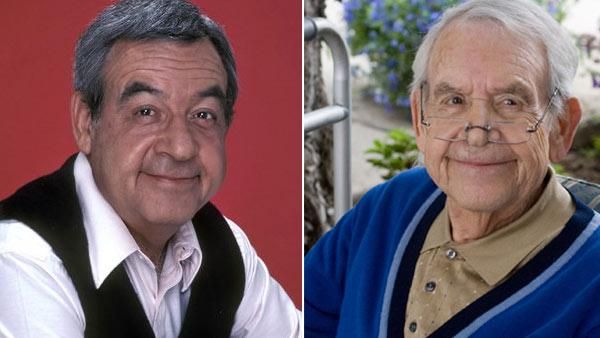 Fun fact: Tom won a Tony Award in 1960 for his role in Fiorello!, a Broadway musical. So, in a way, he got popular before even appearing on Happy Days.

Known for his unique gravelly voice, Bosley earned a number of voice acting roles following the end of Happy Days. He narrated the syndicated television documentary That’s Hollywood from 1976 to 1982. And he also voiced cartoon characters in projects like Wait Till Your Father Gets Home.

Some of his movie appearances include The World of Henry Orient, Divorce American Style, Gus, Million Dollar Mystery, O’Hara’s Wife, The Night that Panicked America, and more.

During the 1970s and 1980s, Bosley used his popularity for making commercials for Garbage Bags and Glad Sandwich.

He died from complications of a staph infection in October 2010. 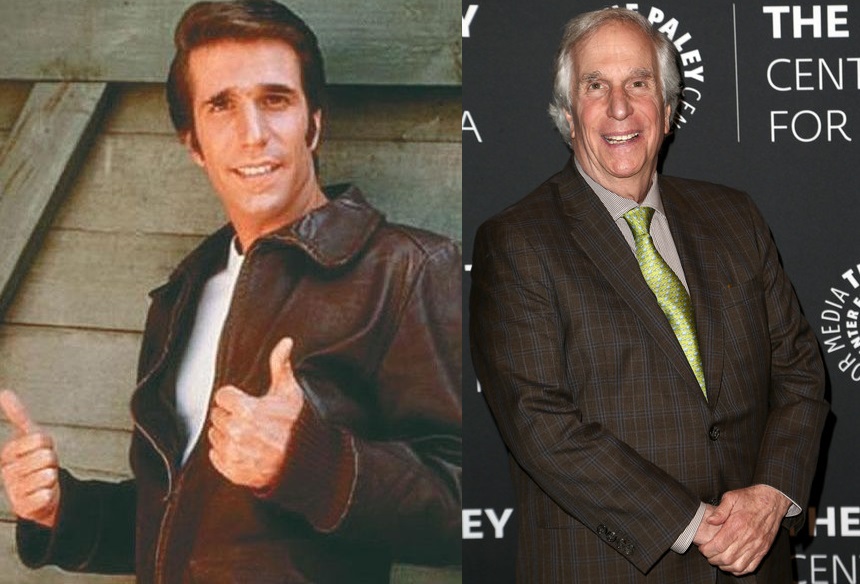 Some might say that Henry saved Happy Days. And that is partly true. After season 2, the show focused more on his character, and ratings went up.

For his portrayal of Fonzie, Henry won two Golden Globe Awards and earned three Emmy nominations. Following the end of Happy Days, he put his focus on producing and directing movies and TV shows. He founded Winkler-Rich Productions with John Rich. The company then changed its name to Fair Dinkum Productions.

Winkler directed movies like Memories of Me in 1988 and Cop and a Half in 1993. In the 1990s, he returned to acting. Fun fact: an uncredited scene helped him get back to acting. He had an uncredited role in the 1996 movie Scream. Shortly afterward, he got an offer for The Waterboy.

In the 2000s, Henry played Barry Zuckerkorn on the comedy series Arrested Development from 2003 to 2019. At the moment, he plays Gene Cousineau on the series Barry. For this role, he won an Emmy Award.

And thanks to his appearance in The Waterboy, Henry forged a relationship with Adam Sandler. So, he also appeared in other Sandler’s projects, including Little Nicky, Click, and You Don’t Mess with the Zohan. 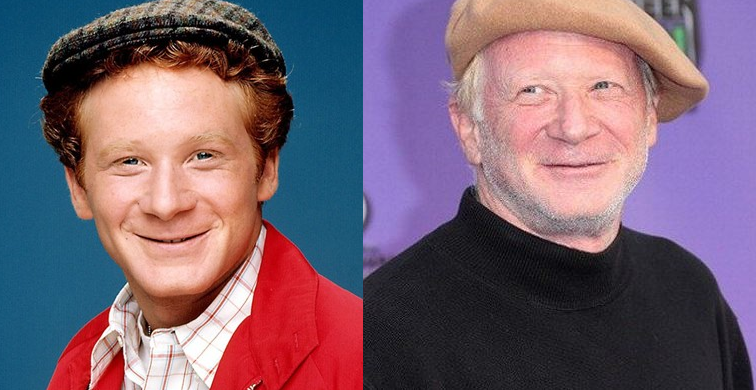 Most had an amazing performance as the jokester Ralph on Happy Days. He appeared until the eighth season and then had a guest role in the final season.

Following the end of the show, he performed as a voice actor on Saturday morning cartoon series. He voiced characters in The Fonz and the Happy Days Gang, Teen Wolf, Dungeons & Dragons, Family Guy, and more.

He also started a music career. United Artists released his only pop album, Donny Most in 1976. By 2016, he made the switch to swing music and released a Christmas album, Swinging Down the Chimney Tonight. 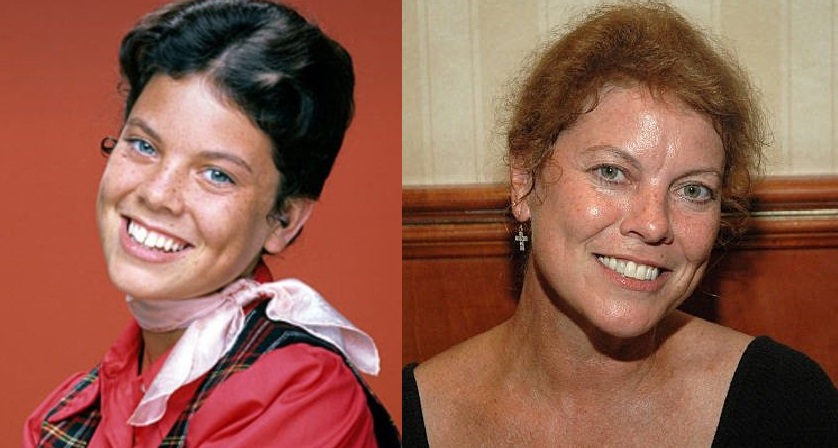 Erin earned praise for her role as Joanie. But she got her first acting job much earlier. Moran got her acting debut at the age of 5 in a commercial for First Federal Bank. And at the age of 6, she appeared in the series Dakari.

Moran reached 13 years old when she got the offer for Joanie in Happy Days. She played a feisty younger sister to Richie. She portrayed Joanie until the end of the show in 1982, and then in the spinoff, Joanie Loves Chachi.

Following the end of Happy Days, she made television guest appearances in The Love Boat, She Wrote, Diagnosis: Murder, and then in Galaxy of Terror.

In 2008, she participated in VH1’s reality show Celebrity Fit Club. After Happy Days and the spinoff ended, she moved to the California mountains. In 1988, she said that she suffers from depression and didn’t want to get acting roles.

Moran died in April, 2017 at the age of 56. An autopsy report showed complications of stage four squamous cell carcinoma of the throat.