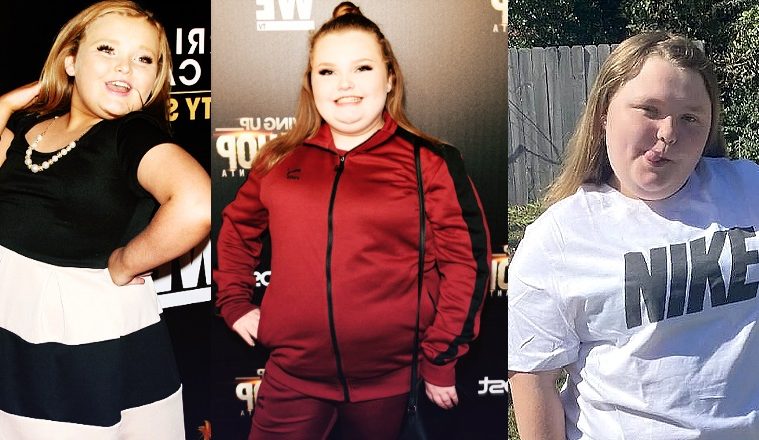 Honey Boo Boo weighs close to 190lbs. She stands at 4ft 4 tall. She lives with her sister after their celebrity mother Mama June abandoned the family. Honey Boo Boo got famous as part of the Mama June: Family Crisis reality series. Now, she tries to turn her life around. Recently, she showed a picture looking prettier than before. And fans easily noticed she had shed some pounds. 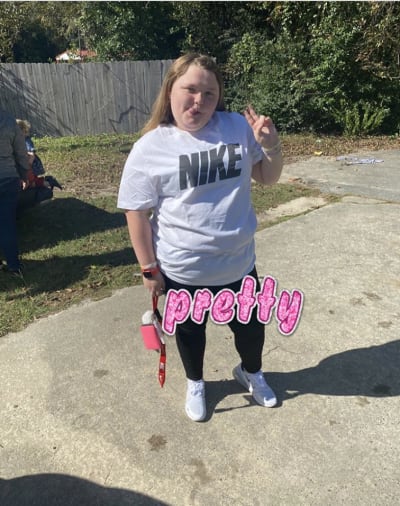 In November last year, Alana Thompson (Honey Boo Boo) took to Instagram to share a photo of herself. She looked great in a casual outfit. And at the same time, she revealed her plan to start a weight loss journey.

Alana said, “You hating but I’m popping regardless”. In the same photo, the teenage celebrity held up a peace sign with one hand and the phone in her other. She wore an oversized Nike T-shirt with black leggings and white sneakers. And of course, she added a sticker “pretty”.

Fans started commenting, many giving her praise for looking amazing and more beautiful than ever. Honey Boo Boo welcomed the praise, and said she looked happy and healthy. 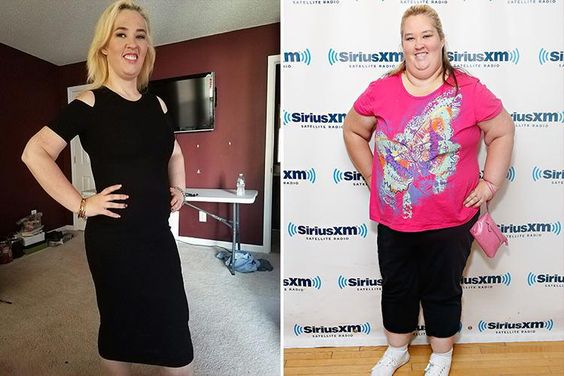 For example, Mama June had breast augmentation surgery and skin removal surgery. In March 2020, Alana’s sister, Jessica Chubbs Shannon underwent a plastic surgery makeover. She had a procedure to insert an intragastric balloon in her stomach to aid in weight loss. And she also had a liposuction procedure in her back flanks and bra area.

Her other sister, Lauryn Pumpkin Efird opted for a natural approach in her weight loss journey. She started in September 2018, sharing updates with fans on social media. She often posted before and after photos, showing her consistent battle with weight.

Alana Honey Boo Boo is the latest family member to embark on a weight loss journey.

Did she pull it off? 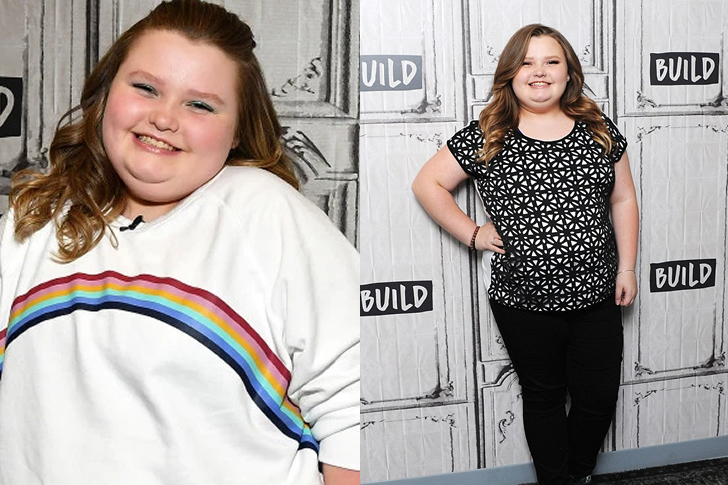 Inspired by her family’s weight loss, Honey Boo Boo went on a journey of her own. At the age of 12, she got inspired by her mother. Mama June went from size 24 to size 4. Besides surgeries, her mother changed her lifestyle, including a healthy diet and exercise.

Alana followed a no-grease diet. Who knows, maybe they will make a new TV show again? Mama June fully committed to eating a healthy and balanced diet. And she wants to get her children on board as well.

Mama June tried previously to get Alana on board, but the young celebrity embraced her body and curves. She didn’t want to start eating healthy while her mom went through the process of losing weight.

Alana also has to face her father Mike Sugar Bear Thompson and his wife. They do not follow a healthy diet as well. They even had an incident after sending Alana home with sweets and junk food, something Mama June doesn’t allow in her house.

As a plus-size child celebrity star, Alana appeared as a special guest during the show The Doctors in 2015. There, she underwent a health intervention. At the time, the 9-year old girl had a label “obese” at 125 pounds.

A few years later, she said, “Mama is on this diet, but I am not. I like my curves”. Now, Honey Boo Boo embarked on her own journey. And she has the perfect person to look up to for inspiration in Mama June. She can also look up to her sisters.