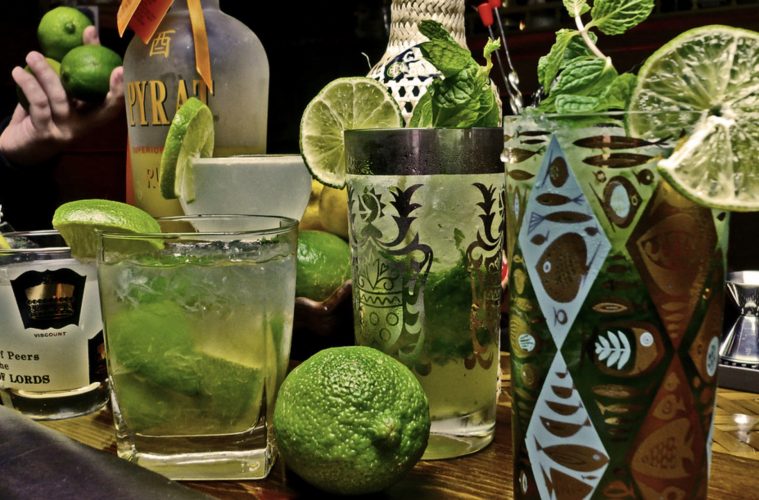 How To Enjoy The Different Rum Variations

Who doesn’t love a good glass of rum!

It can be the perfect drink over a summer day or a comforting nightcap during a cold winter night. Let’s be honest; we could find plenty of good excuses to get a delicious bottle of rum out.

Now, as the rum industry has seen massive growth over the past decade and started to find its place in the market, several different flavours and types of rums have emerged to a great reception from the masses.

Now by no means is this a complaint. The more flavours created, the better!

But is a spiced rum meant to be mixed or drunk neat because it already has flavour. Will the mixer ruin it? It can be hard to keep track of what rum was made for what purpose, but no need to fear that’s what we’re here for.

So here is a breakdown of what some of the rums are, how they differ and how to drink them.

High quality spiced rum is the easiest rum to distinguish, and depending on who you ask – the most palatable. Especially now that independent brands are taking this rum into their own hands! Creating smooth, distinctive spiced rums that are incredibly palatable and premium.

Spiced rum is relatively new compared to other rums, but it offers something entirely new to the industry.

Spiced rum is excellent due to its individuality; each brand decides to utilise just one distinctive botanical or several flavours during the distilling process. All are often sweetened, making it that much easier to sip away on by itself so that you can enjoy every flavour.

The popularity of spiced rum is growing every day as it can offer something no other rum can. That is a sense of individuality and regionality, as the rum is flavoured through botanicals that only grow in certain areas.

This gives each spiced rum the chance to have a rich back story to its creation and where it came from. It makes each drink feel unique, and no flavour will be drab or commercialised as every flavour will be distinctive to that particular rum.

How to enjoy: enjoy a premium spiced rum from the likes of Rockfall Rum, Kraken, Sailor Jerry or Cruzan 9 over the rocks for a truly distinctive experience. Or, add a little lemonade for a light, refreshing spiced rum drink. (Kraken also makes a great Mai Tai!)

One of the most significant issues with rum is how different it is compared to other spirits, and it doesn’t always stick to the norms that we are used to when it comes to spirits.

Usually, if a spirit is dark, it means it has been aged; and if it is a white spirit, it is usually distilled and doesn’t age.

However, rum is quite different in that some white rums have actually been aged but just gone through filtration.

This is mainly due to matching the colour of the rum to the taste the rum offers. As many relate white spirits to needing a mixer to be enjoyed, many white rums have been aged but are filtered because, despite their ageing, they are still best served with a mixer to blend the flavours to elevate the drink.

How to enjoy: white rum is also traditionally used in cocktails! So whip out the shakers and get inventive with this one.

Now on the flip side of that, the same can occur with dark rums. To get the right colouring for the flavour it offers, it can be coloured, or flavour added, which changes its colour despite barely being aged.

However, most dark rums are to be enjoyed by themselves without any flavours or mixers added to them; simply just sip and enjoy what the rum has to offer.

How to enjoy: Dark rums often need nothing but a lump of ice and an appreciative state of mind to be enjoyed.

So it is not always as simple as splitting the two between white being distilled and dark being aged. Each has been tailor-made to appeal to what they are best suited for.

So usually, if the rum is white, then it is best served with a mixer. In contrast, if the rum looks dark, it will work well as a sipping rum and can be enjoyed without any interference in flavouring or mixing.

Overall, there are plenty of rums to choose from, and as the popularity grows, it looks to be the new gin very soon.

However, despite the number of rums coming out, the industry is unlikely to become saturated due to each rum’s distinctive nature. Plus, each region that distils these emerging rums can bring a unique flavour due to the different botanicals. There’s no finer excuse to get tasting!