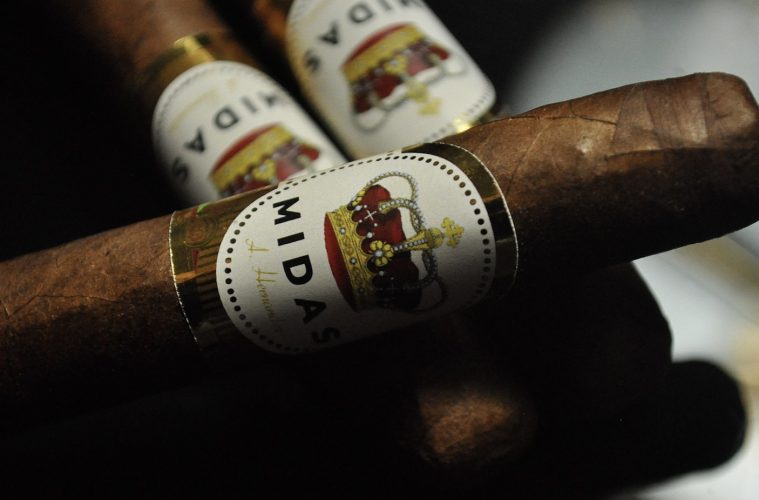 How to Smoke a Premium Cigar Safely: A Beginner’s Guide

In an age where many people are giving up cigarettes for seemingly safer, tar-free alternatives like vaping, smoking premium cigars is still a popular past-time among quality tobacco enthusiasts. But learning how to smoke a cigar the right way without inhaling all that tar and nicotine, not only takes patience and practice, it takes guts also. First of all, you need to choose good pair of cigars, and as it is known the Cuban cigars tend to be the best ones all over the world. They are considered to be the best ones as they are made from high-quality products and every single cigar is made with love and care.

According to Bespokeunit.com, cigar smoking can be an “intimidating experience.” It doesn’t matter if you’re a newbie or a seasoned enthusiast, you will come to realize sooner or later, mistakes can be made that can diminish the safe smoking experience. Even if you’ve been in imbibing in cigar smoking for so long now, you rent a tobacco locker for storing your favorite humidors, you might be surprised at the strange rules and indeed, etiquette, that’s required of smoking.

To some, these rules seem downright oppressive. At the same time, you can be looked down upon by those who consider your method of smoking as lacking in taste and/or safety. That said, this short guide on how to smoke a cigar properly should provide you with stress-free experience that’s not typified with smoke-filled lungs, but instead, premium cigar enjoyment.

Selecting the Right Cigar for You

Says Bespokeunit.com, cigars come in all sizes, shapes, flavor, and countries of origin. In other words, there’s lots to choose from when selecting which cigar matches your tastes. So many premium cigars exist on the market today, choosing the right one can be a daunting experience when you are just starting out.

You can either consult with a friend who’s already been smoking quality cigars for years, for his advice and/or recommendations. Or, you can choose a far more reliable way to select your first cigar, which is to seek out a qualified retailer who specializes in premium cigars. They will give you advice based on years of experience regarding the best cigars to smoke as an absolute beginner.

For instance, you will more than likely want to begin with a mild, hand-crafted cigar first since a cigar that’s too full-bodied will likely overwhelm you, whereas an inferior cigar will provide an underwhelming first experience.

Every handmade cigar is completed by adding a small piece of wrapper leaf over the head. This is called “the cap.” It’s intended to secure the leaf wrapping along with its contents. When your time has come to smoke your first cigar, you will need to properly cut the cap so you can draw the cigar flavor through it.

It’s said that there’s no one way to cut a cigar. For example, there are V-cuts, guillotines, punches, and more from which to choose depending on both your preference and the cigar. Do not bite a cigar cap off like they do in the movies. It will tear the wrapper and result in small bits of tobacco getting in your mouth.

Inhaling on a cigar before it’s lit, is what’s called “the dry, raw, pre-light or the cold draw.” It is said to give you a prime indication of precisely what the cigar is going to taste like when you actually smoke it.

By cold drawing, you can get a true feel of the draw level you’ll get from the lit cigar. Plus, allowing the cigar to touch your lips prior to its being lit, will give you a hint of the smoking experience to come. Think of it as smelling a newly opened wine’s bouquet prior to taking the first sip. It might just reveal surprising aromas, flavors, and tastes you will likely experience when you consume it for real.

Firing Up the Cigar

Just like the many tools you can use to cut the cap off a cigar, there are said to be many types of lighters for lighting your cigar. However, you should avoid cardboard matches, fluid-filled lighters, and even candles since these fire starters will badly affect the cigar taste.

If you choose to utilize wooden matches, it’s important to wait until the sulfur burns off prior to touching the flame to the cigar. You should also choose a long wood match rather than short ones, since you’ll be burning through at least a few until the cigar is properly lit.

Many cigar enthusiasts choose butane lighters or even torch lighters for the job since both produce intense flames that light the cigar quickly, and don’t affect the taste or aroma.

Drawing On a Cigar Without Inhaling

While cigarettes are engineered to be inhaled, cigars are made not to be inhaled. Cigar smoke is said to be uncomfortable which can provoke coughing fits. More importantly, cigar smoke is terrible for your lungs. You draw on a cigar by creating pressure using the center area of your tongue. Think of the action as the same one you use when sucking on a plastic straw.

Just like tasting a fine, expensive wine, you should savor the premium smoke by allowing it to simply float across your tongue. Do this gently, not aggressively. When you have finished with the draw, allow the smoke to escape your mouth. In this manner, you will not only have enjoyed your first cigar, you will have enjoyed it safely.