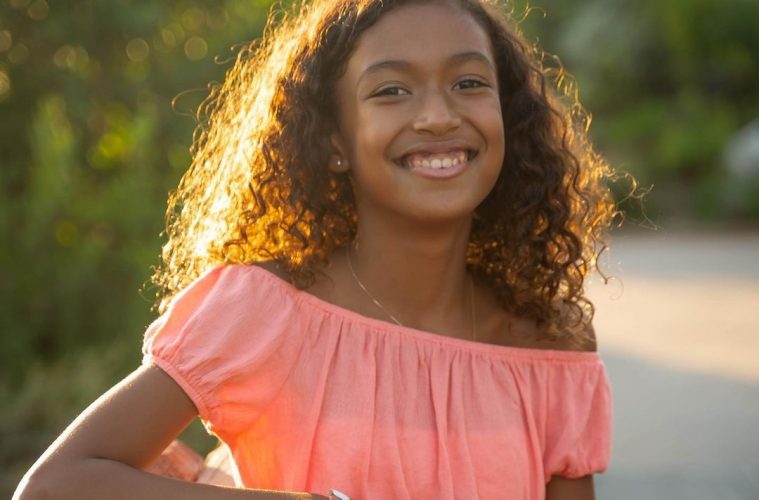 Hollywood is a place where celebrities live. And there are many ways you can become a celebrity. One is to carve a career for yourself, be it in music, film, sports, or any other form of entertainment. Or you can get married to a celebrity. Of course, one way that doesn’t depend on you is to be born into a celebrity family. Such is the case with Isabella Amora Watson.

She is the daughter of American actress Jennifer Freeman. Fun fact: she even made an acting debut with her mother in Throwback Holiday, a Christmas romantic comedy film.

Born in October 2009, Isabella is still a young child. But if her mother continues to push her, we might see more of her in the future.

We mentioned Isabella Watson is a celebrity child. Who is her mother? Who is her father? Let’s start with her mother first, shall we?

Her mother is Jennifer Freeman, born Jennifer Nicole Freeman. The American actress and spokesmodel is known for portraying Claire Kyle in the sitcom My Wife and Kids. She was introduced in season 2 and immediately became a fan favorite.

Jennifer also appeared in film roles in movies like You Got Served in 2004 and Johnson Family Vacation in 2004. The American actress has made a guest appearance in television series like One on One, The OC, 7th Heaven, Switched!, and more.

Fun fact: she also made a music video appearance in Girlfriend by B2K.

In 2018, the American actress released her self-help book, titled Journey to Loving Yourself. Speaking of her personal life, she got married to American basketball player Earl Watson in 2009. Their daughter, Isabella Amora Watson was born in the same year.

The two separated in August 2010, but then briefly reconciled in 2011. Eventually, they got a divorce in March 2015. Since then, Jennifer hasn’t been linked to someone. Before getting married to her husband Earl Watson, she was engaged to Marques Houston. The two dated from 2007 to 2008.

We mentioned Jennifer and Earl Watson got together in 2009 and welcomed their daughter Isabella Watson.

Born Earl Joseph Watson Jr, he is an American professional basketball player and coach. He has retired from active playing and now serves as a basketball coach. His most recent job is as an assistant coach for the Toronto Raptors of the National Basketball Association.

Watson played college basketball for the UCLA Bruins before he was drafted by the Seattle SuperSonics in the second round of the 2001 NBA draft.

Earl played 13 seasons in the NBA before becoming a basketball coach in 2014. While he is an assistant now, he once served as the head coach of the Phoenix Suns from 2016 to 2017.

He played his final NBA game during the 2014 Western Conference Semi-Finals between the Blazers and the San Antonio Spurs. He played only a minute and a half in the game, as the Blazers won 103-92. But they would eventually lose the series. Watson then retired as a professional player and started his coaching career.

Isabella Amora Watson was born on October 1, 2009, in the United States. As the daughter of Jennifer N Freeman and Earl Watson, she has been blessed with a celebrity life from the get-go.

Isabella’s mother is an actress and even pushes her daughter to follow a similar path. As a result, Isabella has appeared in various performances.

For example, she made her acting debut in Throwback Holiday, a Christmas romantic comedy film alongside her mother.

Isabella has American citizenship and is of dark nationality.

The lovely girl with a beautiful and calm attitude has a lovely body figure. She has brown hair and brown eyes. You can definitely say she has inherited her mother’s beauty.

The young child is said to be a secretive girl. Her parents have only one child. As a celebrity child, she enjoys a lavish lifestyle under her parents’ supervision.

When Isabella had her on-screen debut, her mother was quick to post on Instagram and express her delight. You can also find a lot of pictures of Isabella Watson on social media. Her mother and father constantly post about the young actress.

We can expect the talented young actress to follow in her mother’s footsteps and work in the media.

Yet, you can find pictures of the lovely girl on social media. The simple reason is Isabella’s mother is quite active there.

Her mother Jennifer Freeman is the host of TheBeFreePodcast and has more than 500k followers on Instagram. And she often posts pictures and stories with her daughter.

Her father, on the other hand, is not as active on social media. And he has only 42k followers on Instagram.

You cannot expect a young girl in her teenage years to be working, right? Yet, Isabella has already had a few acting performances.

However, she doesn’t earn money yet. She is too young to consider working for a living. Luckily, her parents have earned enough money for Isabella to enjoy a lavish lifestyle as a celebrity kid.