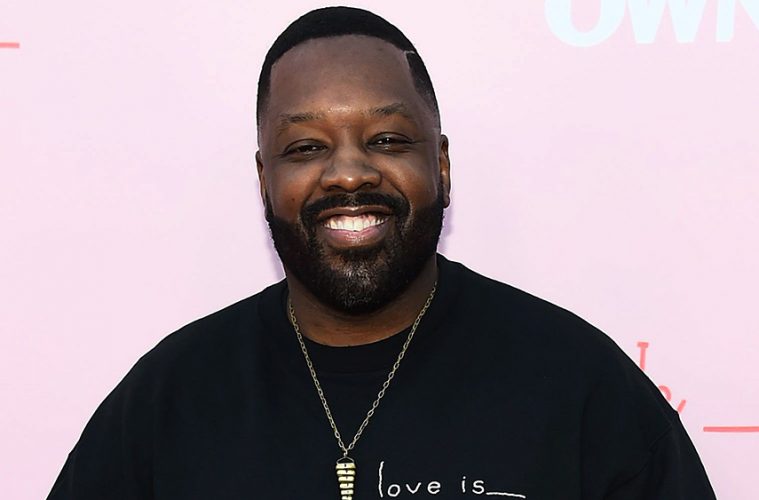 Kadeem Hardison is an American actor. He is best known for his role as Dwayne Wayne on A Different World, a spin-off of the legendary long-running NBC sitcom The Cosby Show.

The son of Bethann Hardison, a former fashion model, and Donald McFadden, an art collector, Kadeem Hardison was born July 24, 1965, in Brooklyn, New York. He was an only child whose parents were married for only a short time and was raised in Brooklyn by three women: his mother, his aunt Marta, and his late grandmother, Sophie. The constant travel demands of her career meant he would see his mother less frequently than his aunt and grandmother in his first ten years, but Hardison told People Weekly in 1992 that he credits her with being “the driving force, the one I got ambition from.” Although she would encourage him to pursue modeling, Bethann Hardison enrolled her son in acting classes at the age of nine.

When he was 14, Hardison landed his first role in The Color of Friendship, an ABC After School Special. He also appeared in the ABC After School Specials Amazing Grace and Don’t Touch. In 1984, at the age of 17, he appeared as Royal in the PBS production Go Tell It on the Mountain and also won a recurring role on The Cosby Show as a friend of Cosby’s son Theo. His efforts were rewarded in 1987 with the regular part of wisecracking Dwayne Wayne on the Cosby spinoff, A Different World.

Set at fictional Hillman College, the show initially featured Cosby’s daughter Denise, played by actress Lisa Bonet. It was inspired by student life at historically black colleges and universities. After Bonet left the show in the first season, the remainder of the series primarily focused more on Southern belle Whitley Gilbert, played by Jasmine Guy, and math whiz Dwayne Wayne,  played by none other than Kadeem Hardison. It did not see much success in its early days, but it eventually grew to be a huge success, thanks in no small part to Hardison, while propelling his career in the process.

A year later, he played Edge in School Daze, a musical comedy-drama flick about fraternity members clashing with other children at a historically black college. That year, Hardison also starred as Willie in the action-comedy I’m Gonna Git You Sucka alongside Keenen Ivory Wayans, Bernie Casey, Isaac Hayes, and Antonio Fargas. In the ensuing years, he had roles in numerous movies, such as Def by Temptation, White Men Can’t Jump, Renaissance Man, and Vampire in Brooklyn, to name a few.

When he landed the role in the comedy White Men Can’t Jump in 1992, director Ron Shelton initially did not realize Hardison was a legitimate actor and cast him in a bit part as a pickup player. Assuring Shelton that he could handle the challenge, Hardison was given a larger role. According to People Weekly, “The result was an ad-libbed, in-your-face insult-and-hoops scrimmage that has audiences roaring.” All this is more impressive considering the shadow of stars Wesley Snipes and Woody Harrelson.

In 1997, Hardison began playing the role of Charles Gordon in the sitcom Between Brothers that revolved around four African American men living in Chicago. That year, he also featured as Antoine Tyler in the sports comedy The 6th Man. He next had a role in Ernest R. Dickerson’s Blind Faith. In 2000, he joined the recurring cast of Static Shock as Adam Evans, a role he played until 2004. During this time, the actor also did the films 30 Years to Life, Showtime, and Biker Boyz, as well as playing Will Jefferies in the sitcom Abby.

From 2006 to 2007, he starred as the lawyer Howard Gemeiner in the drama ‘House’ and also appeared in the sitcoms Just for Kicks and Girlfriends. In 2007, Hardison was cast as Judge Harry Watkins in Everybody Hates Chris, a period sitcom based on the teenage experiences of the popular comedian Chris Rock. In 2011, he got the opportunity to play Detective Pars in the mystery thriller Escapee. Two years later, he had a recurring role in the series Cult that centered on a production assistant and a journalist/blogger who investigate a series of disappearances linked to a television series named Cult. After this, Hardison joined the main cast of K.C. Undercover as Craig Cooper. In 2016, he starred in the horror-comedy B.C. Butcher. In 2019, he began playing the role of Spencer in the comedy series Black Monday.

Kadeem Hardison also appears in the 2013 video game Beyond: Two Souls by Playstation as the actor Cole Freeman. He has also modeled for the title character in the inserts of Lupe Fiasco’s album The Cool.

After an impressive career that is still going strong, Kadeem Hardison is worth $3 million as of the time this article is being written, which is September 2020.

Hardison was married to American singer Chanté Moore from 1997 until 2000, and the pair have a daughter named Sophia, who was born the year before they married, in 1996. Hardison remains a close friend of actor Darryl Bell, who played his best friend Ron Johnson on A Different World, and the two have also appeared together on FOX’s Househusbands of Hollywood.

Although he has lived in the Los Angeles area for much of his career, Hardison’s heart remains in New York, where the rhythms and energy of the city stimulate him. His personal tastes range from sleek motorcycles to rap, jazz, and funk.