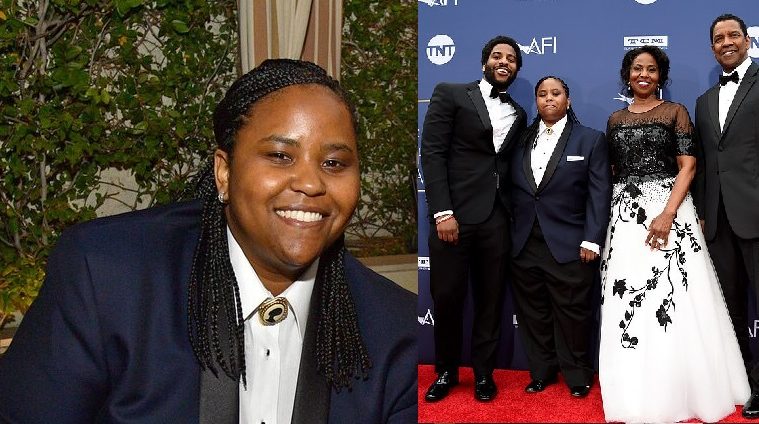 Katia Washington is one of those born to celebrity parents and has grown up surrounded by the glamourous life of show business. Unlike many others also born into fame, Katia has not shied away from life. Instead, she has carved out a niche for herself and achieved some success.

Many don’t know Katia Washington to be the daughter of veteran actor Denzel Washington and sister to the fast-rising actor, John David Washington.

Katia is not letting her father’s image overshadow hers. Over the years, she has been actively working hard on several production and creative roles to grow her film and movie business portfolio. Many say her family name is a plus for her career, but at the same time, her hard work is recognized, and she has been a success so far.

The Washington family is well-known and usually has media attention. However, Katia is often regarded as the most laid-back member of her family, hardly ever in the news or tabloids, and working on projects in anonymity.

Katia Washington was born on November 27, 1987, in Los Angeles, California. Her father is the popular actor and producer, Denzel Washington. Her mother is Pauletta Washington, an actress, and musician. Katia is one of four children. Her siblings are John David Washington, Malcolm Washington, and Olivia Washington.

Growing up, Katia loved dancing all the time, and her family gave her the nickname ‘Dancing Little Bird.’ She also wanted to become a nurse, but being surrounded by film stars led her into the film industry.

There’s not much information about her early life and educational background. However, Katia is a graduate of Yale University, where she graduated with a Bachelor’s degree in History. While in Yale, she was part of a group at the university called “Shades A Capella.”

Like most of her family members, Katia’s personal life isn’t well known to the public. Her parents made conscious efforts to protect her and her siblings from media attention, to give them a childhood as normal as it could get. Katia has not discussed her personal life at length with the media. However, her father, Denzel Washington, has spoken about her in some interviews. In an interview with GQ, he said that he sees himself in Katia.

She maintains a close relationship with her family, and they’re often seen at public events together.

Katia has not been known to be in any relationships so far. She lives in Santa Monica, California.

Katia’s family is a star-studded one. Her parents and siblings are active in the entertainment industry, each achieving success in their endeavors.

After school, Katia worked as a personal office assistant from 2011 to 2012 at Dailies & Editorial. She later got into films in 2012, working as an editorial production assistant on Quentin Tarantino’s project Django Unchained, which cast award-winning actors such as Jaimie Foxx, Leonardo Dicaprio, and Christopher Waltz.

After a brief break from work, she returned to film making as an associate producer for the movie Fences (2016), starring her father Denzel Washington and Viola Davis. In 2016, Katia was a directorial assistant to Nate Parker for his movie, Birth of a Nation. It was Nate Parker’s debut as a director.

Despite her family’s background, Katia Washington has been a hard worker in her career. Thanks to her success with many projects, she has accumulated an estimated wealth of $2 million so far. Her career is still in its early stages, so it’s expected that her finances would grow.

Katia Washington could be described as one star in the Washington Constellation. Following her parents’ footsteps, she’s making efforts to leave her mark in the entertainment industry. We wish her all the success in her career, and we will be watching to see if she would make an acting debut.