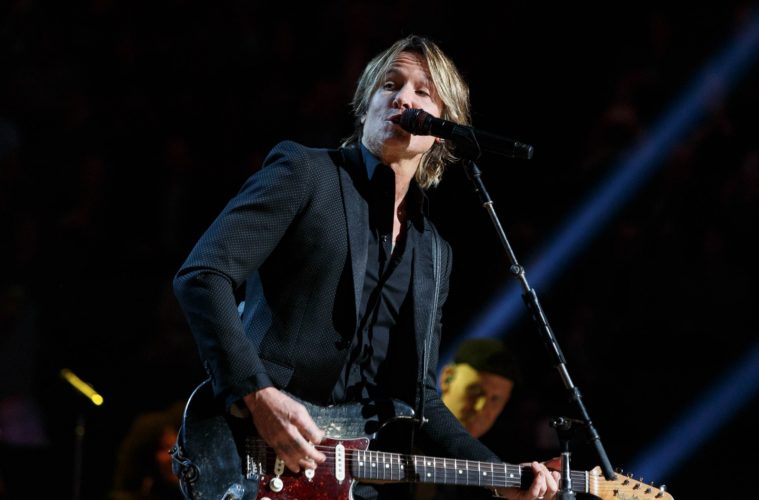 Keith Urban is one of the highest-paid country music performers in America. For the past few years, he earns more than $20 million per year. Keith Urban net worth is more than $75 million. And yet, he is far from his wife. Keith married Nicole Kidman, one of the richest actresses in Hollywood. She has a net worth of more than $250 million.

Born in 1967, Keith is a New-Zealand-Australian born singer and songwriter. His area of expertise is country music. He released his debut album in 1991, titled Keith Urban.

During his career, Keith has nine studio albums, and one album with the band The Ranch. He has a total of 37 singles charting on the US Hot Country Songs Chart. 18 of them got to Number 1, including a duet with Brad Paisley.

Keith was also a coach on the Australian version of The Voice and a judge on American Idol.

Keith started his career in Australia. He signed with EMI in 1990 and released his self-titled debut album. In 1990, he appeared on the compilation album Breaking Ground – New Directions in Country Music. That album got a Best Country Album nomination.

He moved to Nashville Tennessee in 1992, making the jump from Australia to America. It took him several years to release a debut album in America. His first self-titled album saw the light of the day in 1999 under the production of session pianist Matt Rollings. His single Your Everything made him the first male New Zealand performer to reach the top 10 on the US Country Chart. In 2001, he won the Top New Male Vocalist Award at the Academy of Country Music Awards.

In 2002, Keith released his second American album, Golden Road. He produced seven of the songs on the album. Two years later, this studio album got a triple-platinum certification, reaching sales of 3 million copies.

On August 21, 2006, Keith Urban released a new single, Once in a Lifetime. It debuted at No.17 and set a new record for the highest-debuting country in the 62-year history of the chart. It peaked at Number 6.

In 2008, Keith embarked on a tour with fellow country singer Carrie Underwood. In the same year, he recorded a new version of A New Sunshine.

In 2009, he released his fifth studio album, titled Defying Gravity. He performed the second single, Kiss a Girl, in a duet with the eventual American Idol winner.

In 2010, Keith began working on a new album. He documented the recording process on his blog. He released a couple of singles, with a couple reaching Number one on the charts.

In total, Keith Urban released nine studio albums, one of which in Australia.

On November 23, 2011, he got an invite to be one of the four coaches in the Australian version of the reality singing competition The Voice. He was part only of season one. He said later he will not come back for season two.

Keith Urban started his career by releasing a self-titled album. From then on, he rose to one of the most popular country artists in the world. He has nine studio albums, eight released in America, and one in Australia.

Eight of his albums have platinum certification. That is how Keith Urban net worth is more than $75 million.

He also earned $5 million for his work as a judge on American Idol. For the past few years, starting in 2014, he earned more than 20 million per year.

Here are some earnings of his albums:

Keith also earns a lot of money from touring and live performances.

With more than 2 million followers on Instagram and 1 million subscribers on YouTube, Keith is a decent influencer. He can make between $4,000 and $6,000 per sponsored post on social media.

Keith Urban net worth is more than $75 million. With so much money, he can afford to have a couple of properties in the USA. He bought a $10 million apartment in Manhattan with his wife Nicole Kidman.

He also bought an elegant New York City townhouse mansion for $39 million. The mansion spreads on more than 12,000 square feet and has 7 bedrooms, 8 full bathrooms, 2 half bathrooms, and a staff suite.

In his hometown Australia, he owns a property in Sutton Forrest. He bought it for $6.5 million.

Keith Urban and Nicole Kidman met in January 2005 during a Hollywood event promoting Australia. They began their relationship six months later. In June 2016, the couple got married in Sydney.

Urban checked into the Betty Ford Center in California in October 2006 and finished his rehab in January 2007.

The couple got their first child in 2008. In 2010, they got their second daughter. Keith is a citizen of New Zealand, Australia, and the United States.