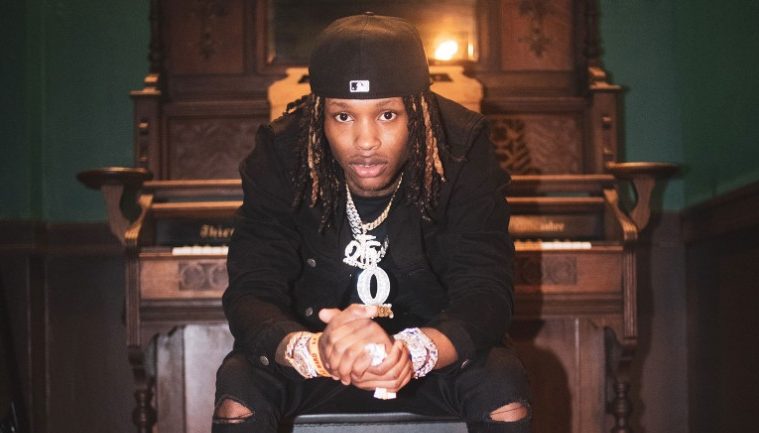 King Von, originally Dayvon Daquan Bennett, is an American rapper and songwriter. He was born in Chicago, Ilinois,  and spent most of his life in O’Block, although now lives in Atlanta, Georgia, Bennett was arrested multiple times and spent years in and out of jail before he turned to rap in 2018. His lifetime friend Lil Durk signed him up with a record deal in his Only the Family label, where he released the singles Crazy Story, Crazy Story 2.8, and Crazy Story Pt. 3. King Von also collaborates with Empire. His discography includes Black & White (2017) and Ca’von (2018).

Sharp songwriting and bombastic delivery have made King Von one of the fastest-rising stars in the drill, the pummeling hip-hop subgenre born in Chicago. With only two years of rapping under his belt, King Von is already putting together a solid stretch for himself, which rising artists can only dream of. While beating a murder charge, King Von realized he needed a new plan in life. He chose rap as his career path in 2017 and made the right decision because he started to see success shortly after. He impressed his friend Lil Durk so much that he gave King Von an opportunity via his Only the Family Entertainment label in 2018.

On August 1, 2018, King Von released his single Problems. On December 6, 2018, King Von released his grimy single Crazy Story, which would eventually be certified gold and appear on his September 2019 project, Grandson Vol. 1. The video for the song, released on December 11, 2018, was streamed over 20 million times. On May 3, 2019, Crazy Story 2.0 featuring Lil Durk was released along with a music video that peaked at number four on the Bubbling Under Hot 100 chart. On September 13, 2019, a third rendition of the single called Crazy Story Pt. 3 was released. King Von has a gold plaque (and a 50-million views video) for his viral single Crazy Story.

King Von also released singles Cousins featuring JusBlow600 in March 2019, and Booka600’s single Ok Ok Ok featuring King Von and Lil Durk in June 2019. King Von then moved from Chicago to Atlanta, which is considered home to the biggest rap scene in the country. However, he remains faithful to his Chicago street drill and style.

On July 9, 2019, Lil Durk and King Von released their collaborative single Like That. On September 2, 2019, he released his single What It’s Like, that would appear on his forthcoming album Grandson, Vol. 1. On September 19, 2019, he released his 15 track debut album, Grandson, Vol. 1 featuring Lil Durk on a pair of tracks, the album debuted at 75 on the Billboard 200 and 27 at the Hip Hop/R&B Songs Airplay chart. On November 16, 2019, the single 2 A.M was released. On November 29, 2019, he released the single Rolling featuring YNW Melly accompanied by a music video for the single. On January 10, 2020, Detroit rapper Sada Baby released his single Press where King Von was featured.

His latest single Took Her to the O is already going viral on the heels of his upcoming mixtape, the cleverly-titled LeVon James. He wrote it ‘a cappella’ while in jail, and producer Chopsquad structured the instrumental around it, a reversal of King Von’s usual process. He said he used his time in prison to refine his street-rap storytelling.

His latest album LeVon James was released on March 6, 2020. It is an homage to the NBA’s best player LeBron James. LeBron’s son, 15-year-old son Bronny Jr., is a huge fan of the Chicago rapper. In fact, the teen first introduced King Von’s street tales to the Beats by Dre speakers of the James household last year. The record has a star-studded cast of guests, including G Herbo and Lil Durk. It is another addition to his two-year run of stellar hits, a high point of a skyrocketing career. The album expands on the sonic palette of King Von’s 2019 full-length debut, Grandson Vol. 1, which stays close to the classic drill sound, combining blown-out beats with blunt-force effects. King Von has been filling his verses with crime-fiction narratives, drawing urban novels with his lyrics, and finding inspiration from his own experiences—his history of legal troubles including arrests and imprisonments.

King Von doesn’t particularly care for the rap game. It has allowed him to escape this tough situation, but as soon as he gets enough cash, he is leaving. For good.

King Von’s fortune estimates to $200,000. He mainly earns from his music and rapping career. His monthly salary from different sources estimates to $25000-$33000 per source. On social media, he has endorsed or promoted certain brands, such as Ricchezza that brought him extra money. He is happy with the lifestyle he has now but thrives to earn a lot and leave his life out of that money.

King Von was born on 9 August 1991 as Dayvon Daquan Bennet. He originates from Chicago, where he grew up in the O’Block neighborhood. He now lives in Atlanta, due to his problems with the police in Chicago.

His father was sent to prison before he was born, so he met him at age 7 or 8. It is reported that he has two older brothers, and his grandfather was David Barksdale, the founder of the Black Disciples. He has been a member of the Only the Family collective formed by rapper Lil Durk in 2011.

When he was only 16, King Von went to jail for the first time. He was arrested on November 21, 2012, booked in Cook County jail for unlawful possession of a firearm, and was in prison for fifteen months. Again, in 2014, he was accused of a shooting that killed one and wounded another. King Von was charged with 1 count of murder and 2 counts of attempted murder. He served three and a half years, before proving his innocence and beating the case. This inspired him to change his lifestyle for good. He took to rapping, collaborating with Lil Durk with singles, who eventually signed him into his OTF Entertainment label and Empire.

In June 2019, King Von and fellow Chicago rapper Lil Durk were arrested in connection to a shooting in Atlanta. The two rappers appeared before a judge in a Fulton County courtroom for a probable cause hearing. Prosecutors claimed the two men robbed and shot a man outside a popular Atlanta drive-in on February 5, 2019. Currently, he resides in his Atlanta residence, as he remains on house arrest while facing two open cases in Georgia’s Fulton County.

King Von is currently single. In the past, he has been dating another female rapper, Asian Doll, though the exact dates of their relationship are unknown. Asian Doll is also an American rapper, though she’s been around in the music scene for much longer. The two never shared a lot of pictures or cutesy captions about each other on social media, but it is clear they were both supportive of each other’s goals and music career. The rapper also has a best friend called Shaeniya Robinson.

Rumors have it that he is the father of two children. He has a one-year-old son from his ex-girlfriend, born in 2019 at Christ Hospital, and a daughter whom he prefers to keep a secret. However, he has never confirmed this personally.