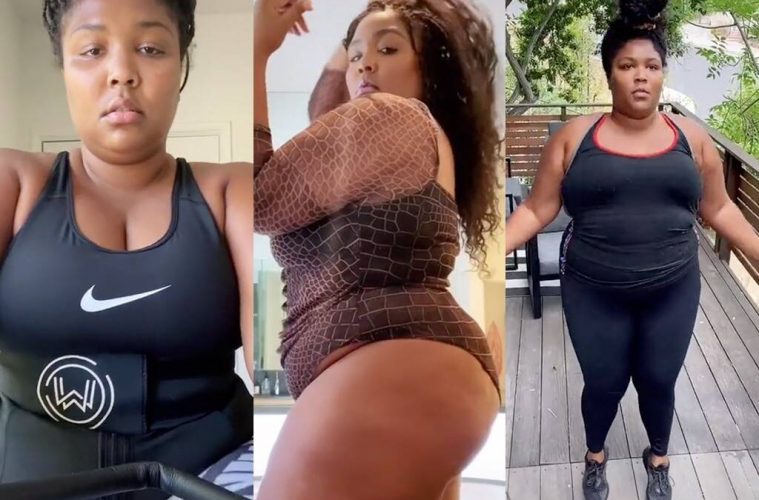 Lizzo Weight Loss – Plus Size Celebrity Going on a Diet

In December last year, Lizzo posted on Instagram that she had done a 10-day, smoothie-based detox. And that is when the weight loss stories started coming. The plus-size singer even uploaded videos of drinking “beauty water”. She also showed videos of consuming vegan protein bars. She is not the first overweight celebrity to embark on a weight loss journey.

So, let’s talk about the weight loss journey of Lizzo. How did she get there? What goal did she set up? What does she eat in a day? Well, for the last one, she says she starts her day with a green breakfast smoothie made of coconut water, kale, or spinach, and some frozen fruit. She eats a colorful salad for lunch, adding broccoli, avocado, white onions, carrots, kale, or other vegetables in.

Before we talk about Lizzo and her weight loss goal, let’s talk about the elephant in the room. That is, whether plus-size women can sometimes try weight loss programs. Lizzo is not the first one to take part in diet culture. But she definitely sparked some passionate discourse.

We live in an influencer world, where plus-size names have come under scrutiny for their weight loss efforts. Some fans got upset about her journey, voicing their opinion about the influence Lizzo will have on those who look up to her. For example, many fans love her for accepting her “fat appearance and fat acceptance”.

Think of it as “a damned if you do, damned if you don’t” scenario. Looking fat means enduring a constant onslaught of messages from fans and people thinking you have done something wrong. And while losing weight comes with praise, it also comes with a risk of alienating fans who saw you as a role model of body positivity.

Lizzo definitely stirred some controversy, similar to other celebrities before her. For example, Adele. Now, let’s see how did Lizzo lose weight? 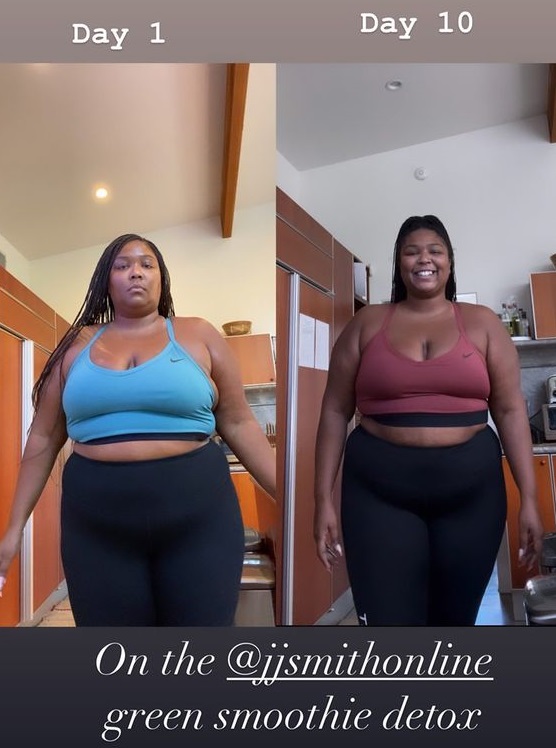 While many people gained weight during the Covid-19 pandemic, Lizzo is one of the rare ones that shed some pounds. She posted a picture of her, captioning “New body, who dis! Took a DNA test, turns out she’s 100% that bitch”. During the coronavirus pandemic, Lizzo amended much of her lifestyle. And it showed in a new look.

The rapper viewed herself as a body-positive ambassador. She showed self-confidence, often speaking up against body shaming. But now she finds herself in the role of a victim of body shaming.

But like she has said before, she always tried to turn haters into congratulators. Lizzo said, “That’s the thing with my songs and my live shows. I’ve never lost that mentality of ‘I have to win you over”.

The singer recently revealed her plant diet. She has followed it for some time trying to maintain a healthy lifestyle. In the morning, she has a green smoothie consisting of coconut water, frozen fruit, and kale or spinach.

For her lunch, she prepares a salad with some of her favorite veggies. And for a snack, she goes crazy about hummus.

The singer also works out consistently to get her ideal body type. And she has a message for everyone, “I am working out to have my ideal body type. And you know what type that is? None of your f***** business because I am beautiful, I am strong, I do my job, and I stay on my job”.

She also says that people should look at themselves and do not worry about others. The rapper and singer gave fans a look at her workout routine on TikTok. In her videos, she often writes “to fat-shamers”.

In one of her video, she shows her regimen of cycling, jumping rope, and much more. And of course, some music to motivate her during her workout. And you can hear constantly calling out haters in her videos.

Lizzo and her Vegan Diet 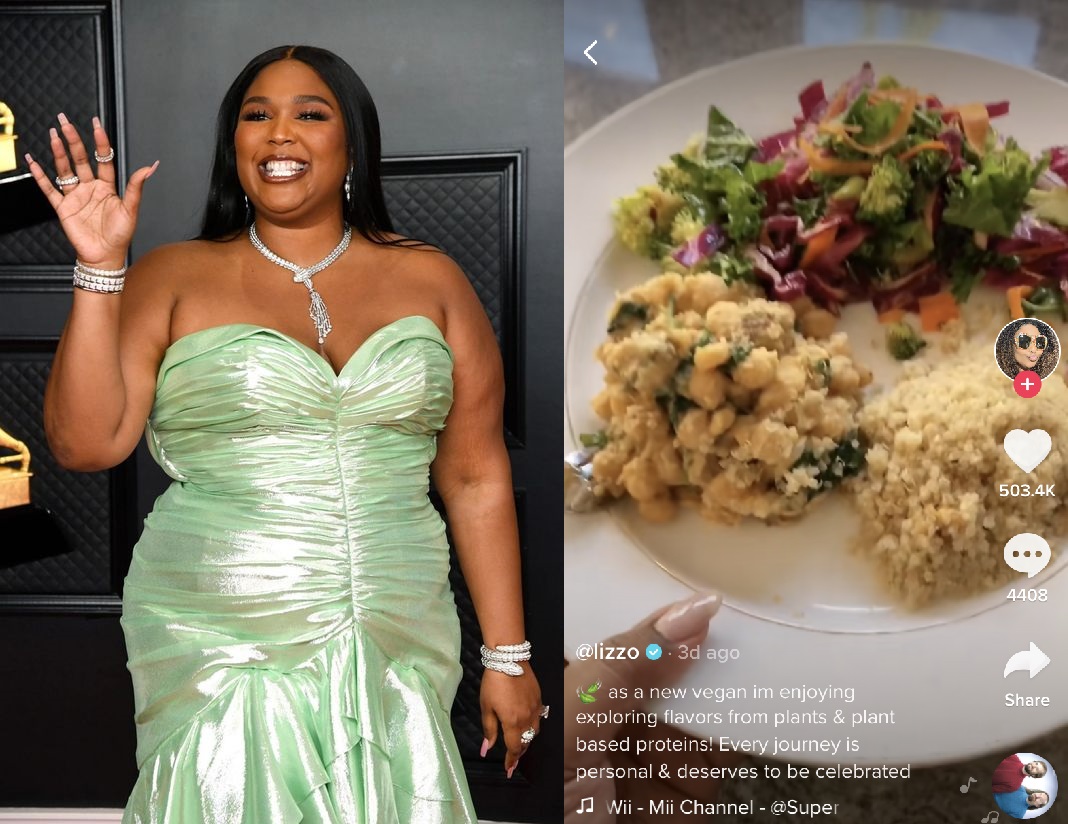 Let’s talk more about Lizzo and her weight loss diet. She has revealed recently a vegan diet. She has gone full vegan, and enjoys flavors from plants and plant-based proteins. She announced her new vegan lifestyle with a series of TikTok videos.

In every video, she shows a new recipe or a new dish she has tried. And she said, “As a new vegan, I am enjoying exploring flavors from plants and plant-based proteins. Every journey is personal and deserves to be celebrated”.

We talked about her morning breakfast and lunch. But what about her dinner? For her evening meal, Lizzo prepared a truffle-chickpea-mushroom ball with quinoa and leftover salad. She has also found a vegan diet soda she can drink and enjoy.

And for dessert, she whipped up a peanut butter jelly smoothie made from peanut butter, frozen strawberries, oats, oat milk, and vanilla protein powder.

One of her biggest challenges comes in finding alternatives to hangover food. She says, “Before this, I craved cheesy eggs, but I’ve found a substitute”. What is it? Lizzo goes for a vegan breakfast scramble, using Just Egg alternative and layers in some beans and corn mixture with spinach and vegan cheese.

But the biggest trick is vegan bacon. She cooks it in maple syrup to give it a nice crunchy and candied flavor. It doesn’t look pretty, but it helps with a hangover or when you crave bacon.