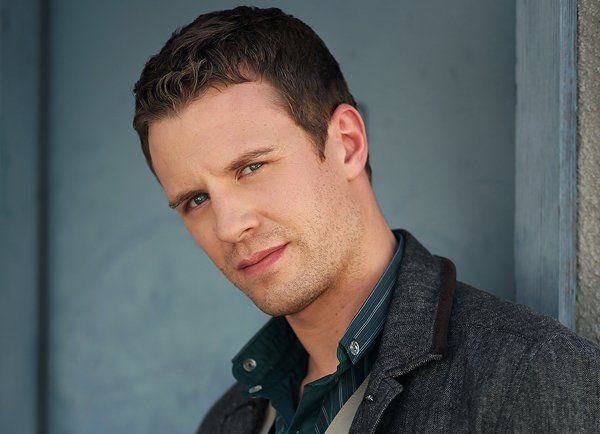 Luke Mably is a British actor based in London, England, United Kingdom. Many recognize the actor from his role as Prince Edvard in the 2004 romantic comedy flick, The Prince and Me. Luke is also known for appearing on the popular British TV show Dream Team, where he took on the role of Scott Lucas. During his career, he has had several lead roles in several movies and television series like the 2010 supernatural drama series The Gates.

Thomas Luke Mably was born in London, England, UK, on March 1, 1976. Luke grew up with two older siblings. There isn’t much information available about his childhood life and his parents. Luke has not shared any information in that regard. Luke Mably loves the public’s idea focusing more on his professional work rather than details about his personal life. Sticking to his ideology, Luke typically does not talk about his private life with the media or public.

Before acting professionally, Luke Mably attended the Birmingham School of Speech and Drama and graduated in 1998.

Luke Mably entered the acting scene when he landed the opportunity to act in an episode of the 1999 British medical drama, Holby City, where he played the character Paul. It was a successful year for the actor as he also got to play the role of Scott Lucas in the movie Dream Team. This movie further boosted his reputation in the movie industry, and he had roles in many other movies. Luke has acted in films such as In the Beginning (2000), Uprising (2001), and 28 Days Later (2002).

Luke Mably became more famous when he starred as Prince Edvard in The Prince and Me, in 2004. The movie was a romantic comedy about the story of Prince Edvard of Denmark and Paige. The prince travels to the United States to study in university. Then he meets Paige, a pre-med student, and they eventually fall in love. The twist in the story is that Paige does not know that Edvard is actually the prince of Denmark. The movie grossed a whole $37.6 million at the Box office. Martha Coolidge directed it, and also stars like Julia Stiles, Ben Miller, and Miranda Richardson.

In 2009, Luke had the role of White in the thriller movie Exam. His character, Dylan Radcliff, was the lead role in the 2010 supernatural drama television series The Gates. Later on, in 2011, he took on the character of an alcoholic civilian Neurosurgeon Dr. Simon Hill on the international Canadian-British-produced medical television drama series,  Combat Hospital. With a flourishing career, Luke got roles in movies like NCIS: New Orleans and Rise of the Footsoldier Part II. In the 2016 movie Chosen, Luke played the character of Sonson.

The actor has remarked that he enjoys acting because it is like getting in the mind of someone else. With regards to sources of inspiration, Luke is also quoted to have said:

“I steal things from people, characteristics, and I just stock them in my head like a library to use for characters in the future.”

There is currently little available information about the British actor because he maintains a life away from media and public attention. There haven’t been any rumors or scandals regarding Luke’s personal or professional life so far. He seems to be doing his best, focusing more on having a peaceful, uneventful career. Luke has an active social media presence on popular social media platforms like Facebook, Instagram, and Twitter. On Facebook alone, he has over ten thousand followers. On Twitter, he has nearly ten thousand followers, and on Instagram, Luke has over eight thousand followers.

However, Luke Mably is known as an unmarried actor. Still, he has been in a happy, loving relationship with the actress Andrea Deck. The couple dated for a while before they got engaged in 2016. Although there are currently no signs of wedding bells ringing soon, we can only wait and see how the relationship turns out. It is hard to say if Luke has had any serious relationship before Andrea.

Andrea Deck is famous professionally as an American film television and theatre actress, who learned her craft at the London Academy of Music and Dramatic Art and graduated with a degree in classical acting for the professional theatre. Her most memorable roles include her voicing of the character Amanda Ripley, the daughter of Ellen  Ripley, in  Alien: Isolation and the role of Jenna Bragg, a CIA agent on the Showtime series Homeland. The actress has also been a part of movies such as Love with a Nun, Les Miserables, The Devil’s Violinist, The Counselor, Creditors, and The Ghost Writer.

Andrea is known to be an optimist and also a fighter. She has type 1 diabetes, and rather than let it weigh her down or change her outlook on life. She runs social media accounts on Youtube and Instagram, where she talks about dealing with the condition.

Although Luke Mably may not be considered to be an A-list actor, he has had a reasonably successful career that has afforded him a comfortable life. The actor’s fortune is estimated to be over $3 million. With the possibility of more movie roles or other business ventures, Luke Mably is likely to amass more wealth.

Finding a big break in the movie business is not always easy for many actors. Following a great big-screen debut with further outstanding performances is a feat that some actors fail at. However, Luke Mably has been able to land great roles in various movies during his career. The actor’s private lifestyle makes it tough to know much about his life. Still, from his professional career, we can tell that he is a great talented actor. We don’t know what his next project may be, but we will certainly be on the lookout, wishing him all the success in his endeavors.