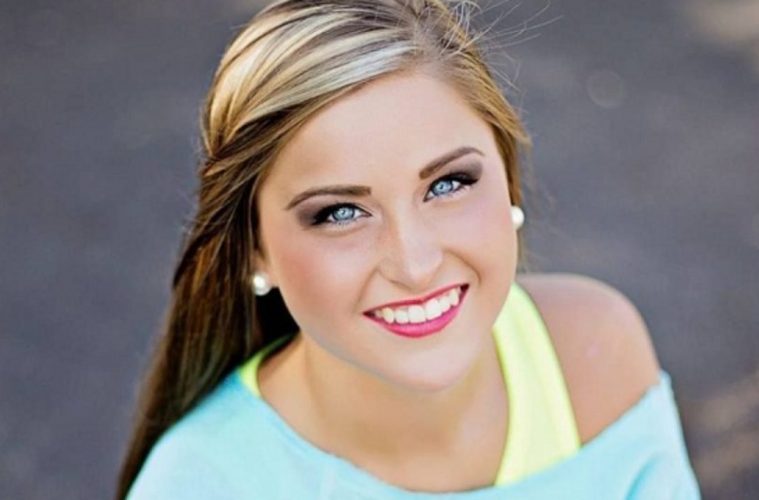 Born in 1997, Madison Oberg got famous as the wife of Carson Wentz. Before meeting Carson, she had a relatively quiet and average life. Wentz proposed to her in 2018, after winning the Super Bowl. She is a member of the Family Member. So, how much is Madison Oberg’s cash flow?

Well, her own net worth is nothing to rave about. But her husband’s net worth is much larger. And as his wife, she has the right to his money. Before fame, she got her elementary education at Missouri Southern State University in Joplin, Missouri.

How did she meet Carson Wentz?

Carson and Madison started their relationship in 2017. They started dating at a time Carson’s name got linked to Melissa Ulrich. Melissa was his high school sweetheart. On Valentine’s Day 2017, Carson tweeted a photo of him and Melissa. Yet, he has deleted the photo since then.

Wentz didn’t make any public comments regarding his breakup with Ulrich. Sometimes after that breakup, he started dating Madison. She debuted on his Instagram account in December 2017. That was the time he had surgery on his ACL.

Nobody knows for sure how they met. But there are rumors, of course. According to most rumors, Carson and Madison met on a mission trip to Haiti in 2017. There is no info whether they went there together, or they just met there.

Madison studied elementary education at Missouri Southern State University. She served as an intern with the Mission of Hope: Haiti. She went on the trip to Haiti in May 2017. Carson went on the same trip along with his former teammate, Jordan Matthews. Some members of his church went on the trip as well.

After meeting sometime during 2017, Carson and Madison spent the holidays together. Both Carson and Oberg have big families. She has two sisters, while Wentz has an older brother.

Carson had an ACL surgery in December 2018. Because of that, he couldn’t participate in Super Bowl LII on February 4, 2018. Yet his team won, and after the win, he proposed to Oberg. He announced the engagement two days after his team beat the New England Patriots 41-33 in the Super Bowl. Wentz captioned an Instagram post with “She Said YES”.

They didn’t make their plans for a wedding public. According to sources, the two tied the knot sometime over the summer in 2018. Reports cited Lake House Inn in Bucks County, Pennsylvania as the venue of the wedding.

Following the wedding, they went on their honeymoon in Greece. Carson posted a couple of pictures on Instagram from their honeymoon. The two even got matching tattoos reading “agape”. It is a Greek word that serves as a reference to the Bible and “expresses unconditional love”.

Late last night my beautiful wife and I were blessed to welcome our sweet little girl into the World! Hadley Jayne Wentz is a true blessing from the Lord and we are so pumped to be her parents 😍 I love these two with everything I have! God is soooo good! 🙌🏻 pic.twitter.com/4BefHeK6IR

We have no idea how big Madison Oberg’s fortune is. We do not know what and where she works. Or her salary. But since she got married to Carson, she has rights to his money. And he earns big money thanks to his contract.

In 2019, he signed an extension with the Philadelphia Eagles. The new extension will pay him $128 million over four years. And he will get an average salary of $32 million per season. That puts him at Number 8 among quarterbacks. He is right behind Mahomes and Deshaun Watson who signed their deal in the summer of 2020.

His fortune is more than $45 million as of October 2020. And per spousal rights, half of that belongs to Madison. That is unless the two signed a prenup. But we have no information regarding such an agreement.