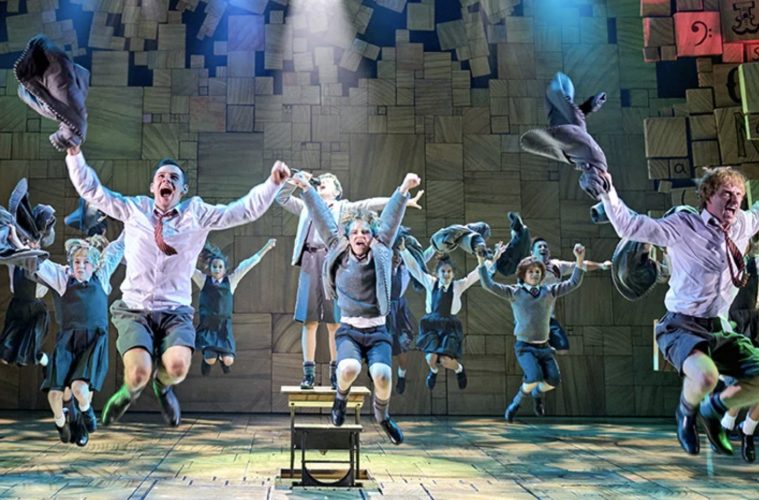 Matilda The Music: Booking until 2023!

A mainstay of the Cambridge Theatre in London’s West End, Matilda the Musical has played to audiences for more than a decade. While most of us know all about Roald Dahl’s much-loved children’s story, the musical adaptation of Matilda breathes new life into this classic story. With the opportunity to book tickets for Matilda the Musical until May 2023, read on to find out why you should schedule a date to take your family to see this wonderful musical.

Roald Dahl’s stories have stayed with us as we’ve grown from children into adults. With a sprinkle of magic and many important moral teachings, his works are a source of inspiration for families around the world. Matilda resonates with so many children around the world who feel isolated or cut off from the world around them, and she has a place in the hearts of countless families. If you’re not familiar with this classic tale, Matilda Wormwood is an extraordinary child with a hideous family. Her unloving parents neither care for her nor realise her potential, which sets Matilda on a self-driven journey to educate herself. In spite of the harsh treatment that she receives at home, Matilda excels intellectually and discovers that she has been blessed with a unique talent. She puts her talent to good use when she starts teaching her parents lessons based on their neglect, and she also dishes out her own form of justice to Miss Trunchbull – her school’s tyrannical headmistress who abides by the mantra of “use the rod, beat the child.”

An award-winning stage performance from the RSC

Many of us have seen the Matilda movie, which starred Danny DeVito, Mara Wilson, and Pam Ferris in the leading roles, but the musical adaptation of Roald Dahl’s tale breathes new life into a much-loved story. The show began life at the RSC’s Courtyard Theatre in Stratford-Upon-Avon in 2010 before landing a spot in London’s West End the following year. In 2011, Matilda the Musical won seven Olivier Awards when it opened and four Tony Awards when it transferred to Broadway in 2013. In both the US and UK, it was named the Best New Musical, and the hype is very much deserved. In total, Matilda the Musical has won 99 international awards, 24 of which have been for Best Musical. As well as selling out on Broadway and in London’s West End, the show has excelled in front of audiences in Australia and New Zealand and has even toured throughout the US.

Tim Minchin excels in his role

The cast of Matilda the Musical is superbly propped up by the hilarious Australian songwriter, Tim Minchin. He provides the lyrics that are performed by a cast of extremely talented kids, and the show comes together perfectly, with stand out performances from the likes of Carly Thoms (Miss Honey), Elliot Harper (Miss Trunchbull), and Sebastien Torkia (Mr Wormwood). The cast has received praise from the press, and the show has been a mainstay of London’s West End for more than a decade. Thankfully, Matilda the Musical will be playing in London until at least 2023, so now is the perfect time to book your tickets to see this incredibly popular show.

Matilda the Musical is currently booking tickets until May 2023, so now is the perfect opportunity to get a date in your diary. The show is suitable for children of six and above, so it’s an ideal opportunity to treat your family to this legendary musical production.