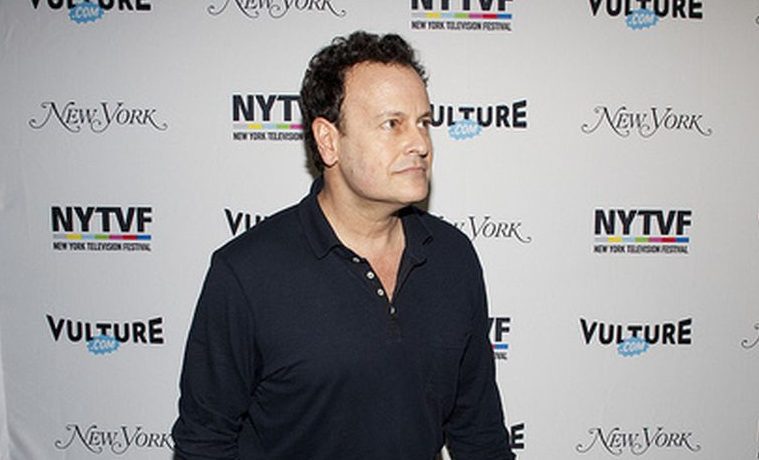 Mitchell D. Hurwitz, affectionately called Mitch, is an American TV producer, writer, and actor. His Emmy, TCA, and WGA Award-winning career is marked by being the creator of the TV sitcom Arrested Development, a co-creator of the Ellen Show, and a contributor to The John Larroquette Show and The Golden Girls.

Born on May 29, 1963, in Anaheim, California, Hurwitz grew up in a Jewish family. At the age of 12, he was showing an early entrepreneurial spirit by co-founding a chocolate-chip cookie business, called the Chipyard on Balboa Boulevard in Balboa Fun Zone in Newport Beach, California, with his older brother, Michael, and his father, Mark. Now you know where the inspiration for the Bluths’ banana stand came from. After graduating from Estancia High School in Costa Mesa, California, he enrolled at Georgetown University in 1985, majoring in both English and theology.

In the late 1980s, Mitch Hurwitz moved to Hollywood and began working as a writer and producer in sitcoms. Among other shows, he wrote 9 episodes and produced 24 episodes of The Golden Girls, worked as executive producer and writer on both The John Larroquette Show and The Ellen Show, and worked as a consulting producer of Less Than Perfect.

However, despite being extremely popular with award committees and critics, the ratings for Arrested Development were poor and declining, which resulted in its being cut down to 18 episodes a season instead of 22. In the show’s third and final season on Fox, Hurwitz tried to keep Arrested Development on the air but did not have the advertising funding to promote the series. The show was again cut down, from 18 episodes to 13. Fox announced the cancellation of the show before the production of the final five episodes.

Since the series’ cancelation, Hurwitz went on to write and produce Sit Down, Shut Up, Running Wilde, which saw him rejoin forces with Arrested Development star Will Arnett, as well as producing a handful of other shows. He was involved in the resurrection of Arrested Development after it had been off the air for seven years. He was also an executive producer and writer of season four. After signing a multi-year deal with Netflix in 2014, he has also created the Lady Dynamite series. Hurwitz was also the executive producer for Flaked, also starring long-time collaborator Will Arnett.

He has not merely stuck to writing and producing, though. Hurwitz co-starred as Cool Eric in an episode of Workaholics titled Dry Guys. In this role, Hurwitz plays a human resources representative and is aiding the lead characters in their pursuit to become sober. He also starred as Koogler in the Community episodeApp Development and Condiments (episode 8, season 5), which aired on March 6, 2014. He reprised the role in the episode titled Modern Espionage (episode 11, season 6), which aired on May 19, 2015.

With the emergence of gargantuan streaming services, writers are now becoming ever more appreciated in the TV business. This is reflected in Mitch Hurwitz’s whopping fortune of $15 million. Seeing how this industry continues to grow in times like these, we think it is fair to say we could expect it to increase a good deal in the future.

Hurwitz has been married to actress Mary Jo Keenen since May 8, 1999. They have two daughters: May Asami, born in 2000, and Phoebe Hitomi born in 2002. The name of Arrested Development character Maeby was the result of combining the names of Hurwitz’s daughters.