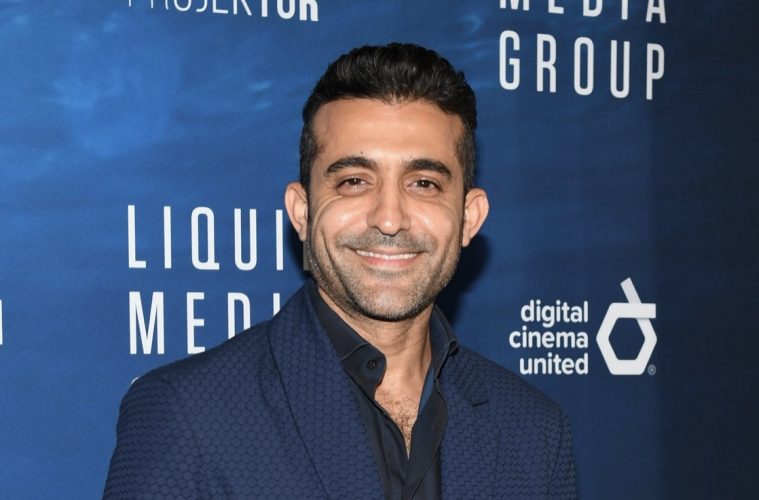 Morocco To Hollywood – Mourad Is The Globe’s Golden Boy

Moroccan-born Mourad Zaoui is an accomplished actor recognized for his notable work in numerous exemplary film projects internationally. Now, he is on the verge of taking Hollywood by storm.

One could say that Mourad Zaoui has been afflicted with the acting bug his entire life. Born in Casablanca, Morocco, to a cobbler father and artist mother, Zaoui has always loved performing.

“For as long as I can remember I was always obsessed with movies and storytelling,” he recalls. “At the age of 4 I would memorize commercials, wait for my parents to get back home from work and reenact the whole commercial, and everyday was a new episode and a new character.”

However, these theatrical aspirations would have to take a backseat to the universal obligation of familial duty: When his father was diagnosed with lung cancer in 2002, Zaoui had to put his life on hold and become his caretaker in addition to managing and running the family business.

While this was undoubtedly a dark time in Zaoui’s life, it brought with it a ray of hope that reignited his desire to pursue a career in acting: his father’s blessing.

“…45 minutes before he died…he told me: ‘Son, why don’t you go to sleep and let me rest.’ 45 minutes later, he was gone,” he recalls. “During that period, I was also managing and running our shoe factory, but my dream was and has always been to pursue acting…I managed to ask for his blessing that night in May 2004 when he passed away…He granted me that….”

Armed with his father’s well wishes, Zaoui rededicated himself to pursuing his dream vocations. However, the road to becoming an actor would not be without bumps, especially for someone untrained from a country that does not boast a robust film industry.

Fortunately for him, Zaoui could count on his colleagues for support: when he mentioned his reservations about becoming an actor, longtime actors and film connoisseurs urged him to pursue his passions. After all, if his dreams diminished into a cloud of dust upon stepping into the film industry, it would not be for lack of trying.

“People literally looked at me like I was crazy, but that was later, I couldn’t even admit it to myself as a teenager. Finally, I had a conversation about becoming an actor, my doubts, and was told, if you want to be an actor, do it, and if it doesn’t work out, at least you tried.So I joined a theater company, began performing in theater and commercials, and in 2005, I landed my first main role in a Moroccan feature film called Wake Up Morocco.”

Following the completion of Wake Up Morocco, Zaoui went on to star in films across Europe, performing in front of cameras in France, Germany, England, the Czech Republic, and Italy. It was during this period that Zaoui would experiment with several genres in the film industry; these works included chick flicks, Libas Jako Dabel, and You Kiss Like The Devil.

Later, in 2013, Zaoui was unanticipatedly approached by a casting director, who invited him to Los Angeles to audition for a role in a new HBO pilot; a week later, Media Talent Group signed him.

“They asked whether I had an agency or manager, and I told them no, so they put me in touch with Martin Torres, who was managing Angelina Jolie and Nicole Kidman for the Media Talent Group at the time.” Mourad explains. “He said, ‘If this HBO contract goes through, I’ll take care of it.’ We had lunch, and I informed him about my desire to work in Hollywood, and that if he signed me, I would stay in Los Angeles.”

Mourad’s keen dedication and passion for acting would eventually pay off, as he landed a role in the gritty, seedy Romeo and Juliet story, Zanka Contact, which premiered in France earlier this month to an enthusiastic reception. With this film, he could sink his teeth into a character on the darker side of the moral spectrum.

“I’m playing a character named [Mourad],” he explained. “It’s the story of a British-born Moroccan rock star who starts shooting heroin in his neck, loses his voice…goes to Morocco to hide because he had money problems with the mob and falls in love with the prostitutes. They both ran away from the pimp whom he was working for, and I got hired to catch them. But instead of only catching them, I started getting a bunch of people doing it for fun, just for shits and giggles. This sadistic, delightful character likes to torture and kill people.”

Indeed, Mourad’s perseverance and keen passion for acting would eventually land him one of his most significant roles to date: the role of a butler, Hamid, in a new film titled The Forgiven. In the compelling satire of the bourgeoisie in the new drama, The Forgiven, what begins as a weekend of pleasure soon unveils a world of oppression. Costarring Matt Smith and Caleb Landry Jones, this cinematic piece enthrallingly depict how the wealthy class’ obsessive desire of materialism, wealth, and power drives them to infringe on the lower class’ vocations, often with fatal consequences.

Speaking at the Toronto International Film Festival this September, Zaoui detailed its premise and his role in it.

“But no one takes the time to understand or get to know the other side better. I think that also applies to the world we’re living in today, where there’s a clash between the West and the South and different races,” the actor continued. “But if we take the time to know one another better, I think we’ll make the world a better place. We’ll also realize that we’re all the same and want to live in a safe world,” Zaoui added.

“The character that I play is Hamid, who’s the butler for the characters played by Caleb Landry Jones and Matt Smith. But I feel like Hamid is way more than that; I feel like he’s the audience’s anchor and moral compass for the piece,” Zaoui said of his character.

Mourad also expressed the tremendous positive emotion he felt upon returning to his birth country, Morocco. Having lived in Los Angeles since 2013, Zaoui cherished the return to his home and felt deeply rooted in both his role and the filming scene through his location.

“Being able to book it and be in this movie, and shooting in Morocco, which is my home country, was the cherry on top. Seeing my friends and family there while I was filming was also amazing,” the actor happily shared. “The set was so amazing and beautiful.”

While he is undoubtedly delighted by the success he has had, Mourad acknowledges the privilege of acquiring a role: His impressive roster of international films did not come easily, despite his undeniable talent. In an interview, Zaoui revealed the struggle of finding parts. “However, if I had booked this role [in The Forgiven] four or five years ago, I wouldn’t have been as good, because that journey, those rejections, made me realize that being on set is a privilege. It’s work, but also a privilege, you have to cherish it and if it comes easy, if you didn’t work for it, it really has no value.”