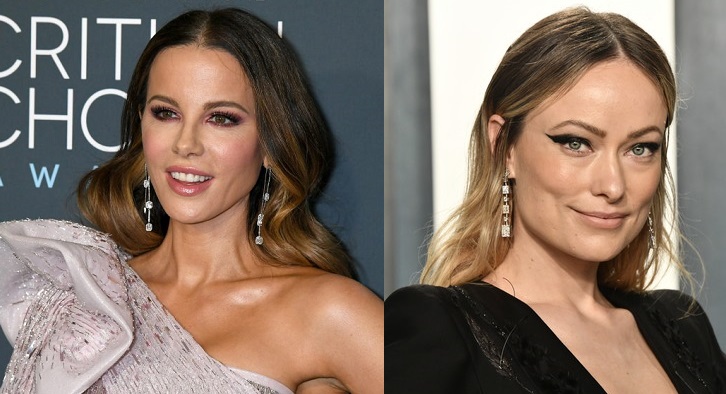 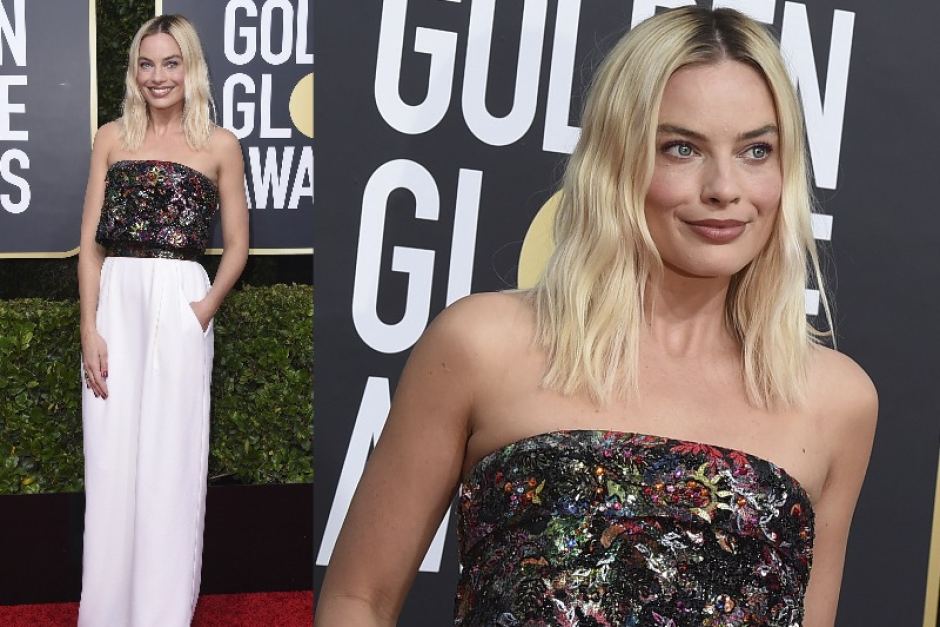 Margot can play almost everything you throw at her. She is sexy, sassy, beautiful, and adorable at the same time. And when you get to play a role in the movie, Bombshell, you have to possess a certain beauty.

Many fans got to know Margot Robbie after portraying Harley Quinn in the Suicide Squad movie. And then she got her solo movie.

Born in July 1990, in Australia, Margot has a lot more years in Hollywood. 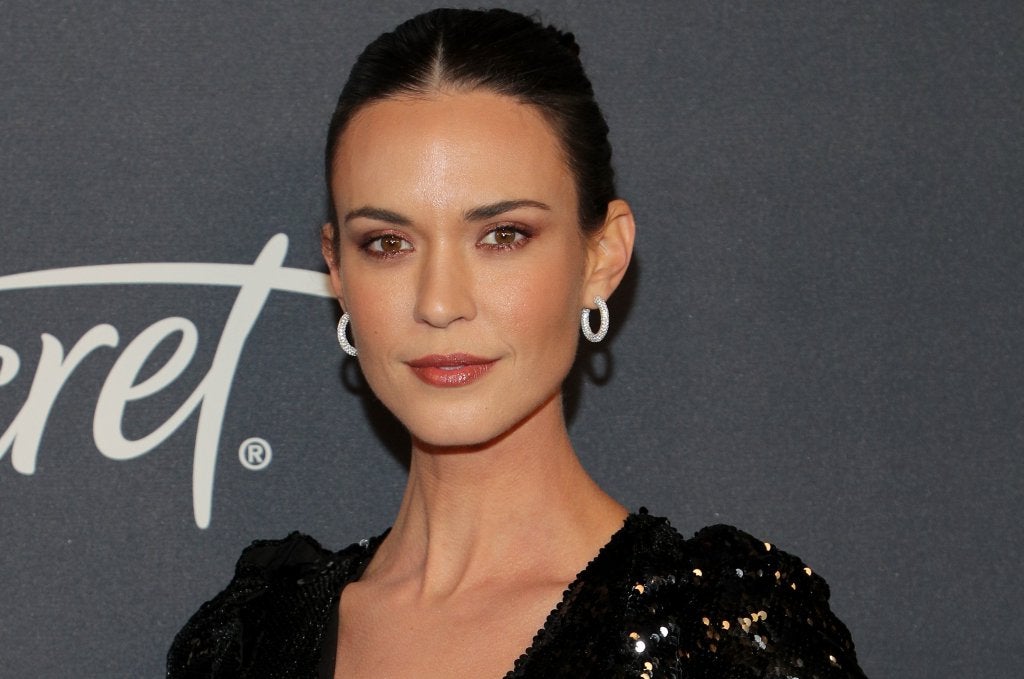 This American actress appeared in a lot of movies and television shows. But most fans remember her for her portrayal of Dr. Jessica Adams in the Fox medical drama series, House. She also appeared as Beth McIntyre in the movie Cloverfield and Aubrey Diaz in the ABC drama series October Road. 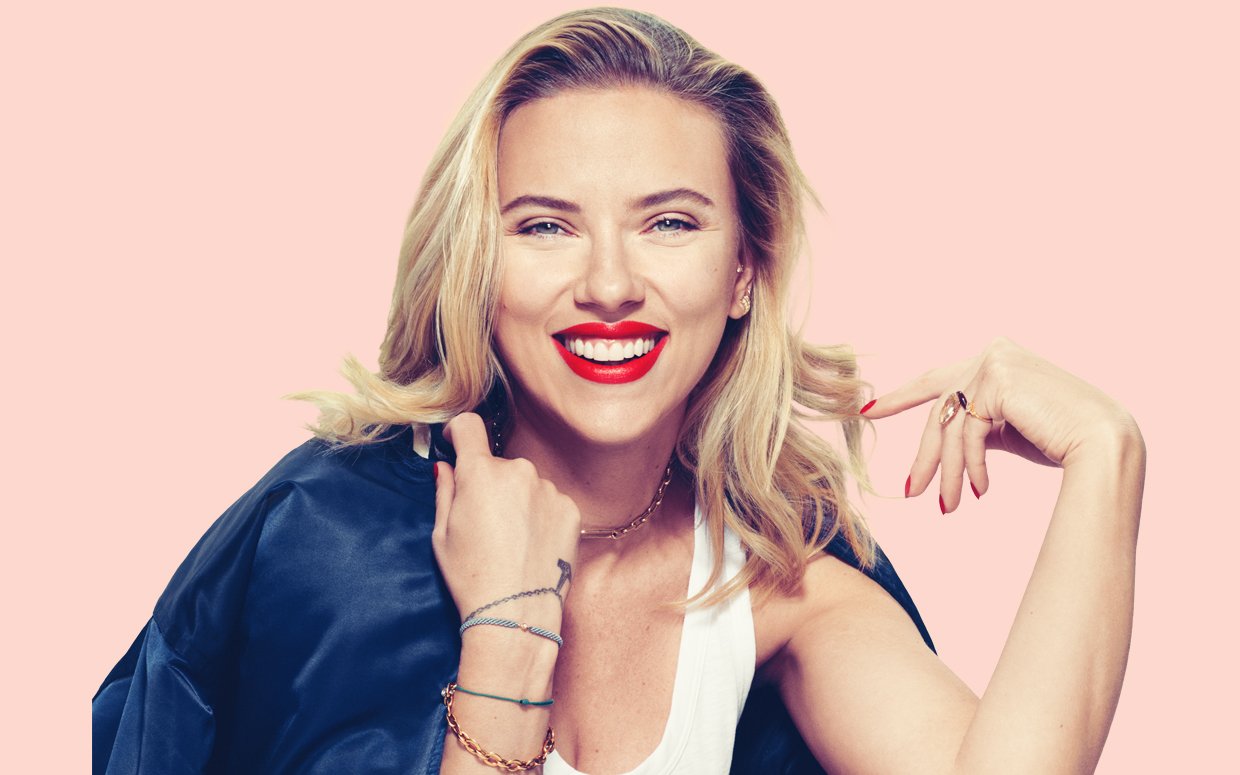 Named Sexiest Woman Alive a couple of times, Scarlett Johansson is only 36 years old. And on one occasion, she joked that “pretty soon the roles you get all become monsters”. But for the time being, we can enjoy her sexy and sassy character.

In the past decade, Scarlett portrayed Natasha Romanoff/Black Widow in the Marvel Cinematic Universe. That role helped her gain international stardom. 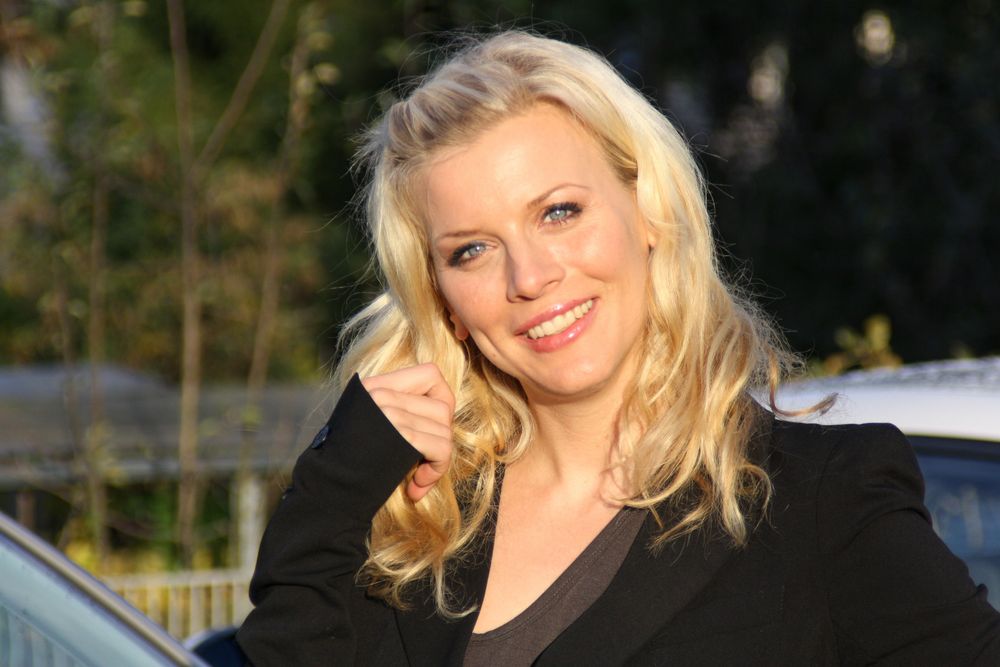 The German actress played the role of Zev Bellringer in the television series Lexx. Born in 1976, Eva is one of the older actresses on this list.

As a young kid, she started getting singing and dancing lessons. And just after graduation, she got a role in Lexx.

Some of her other credits include Der Clown, The Hairdresser, and The Millionaire. 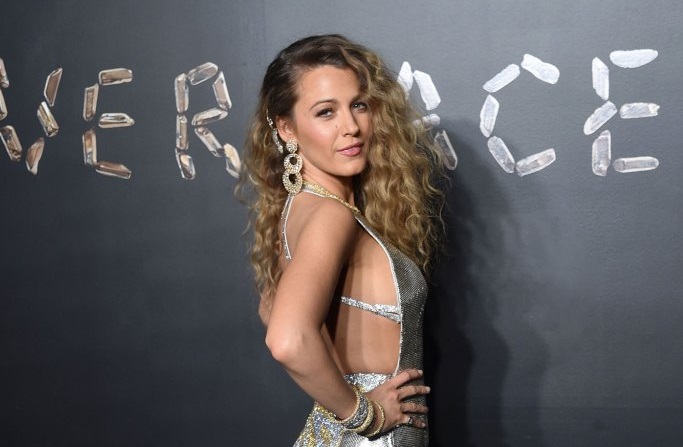 Starting off as a teenage star, Blake Lively is now a mature and beautiful woman. Born in Tarzana, California, Blake had her breakthrough role in The Sisterhood of the Traveling Pants.

And then, she took her career to a new level by portraying Serena in the teenage drama series, Gossip Girl. Wearing beautiful dresses, posing for photographs, and doing all the sexy things in Gossip Girl made Blake a star.

But she managed to grow out of Serena, and now plays more serious roles. She got married to actor Ryan Reynolds. The two are one of the most fun couples in Hollywood, often trolling themselves on social media. 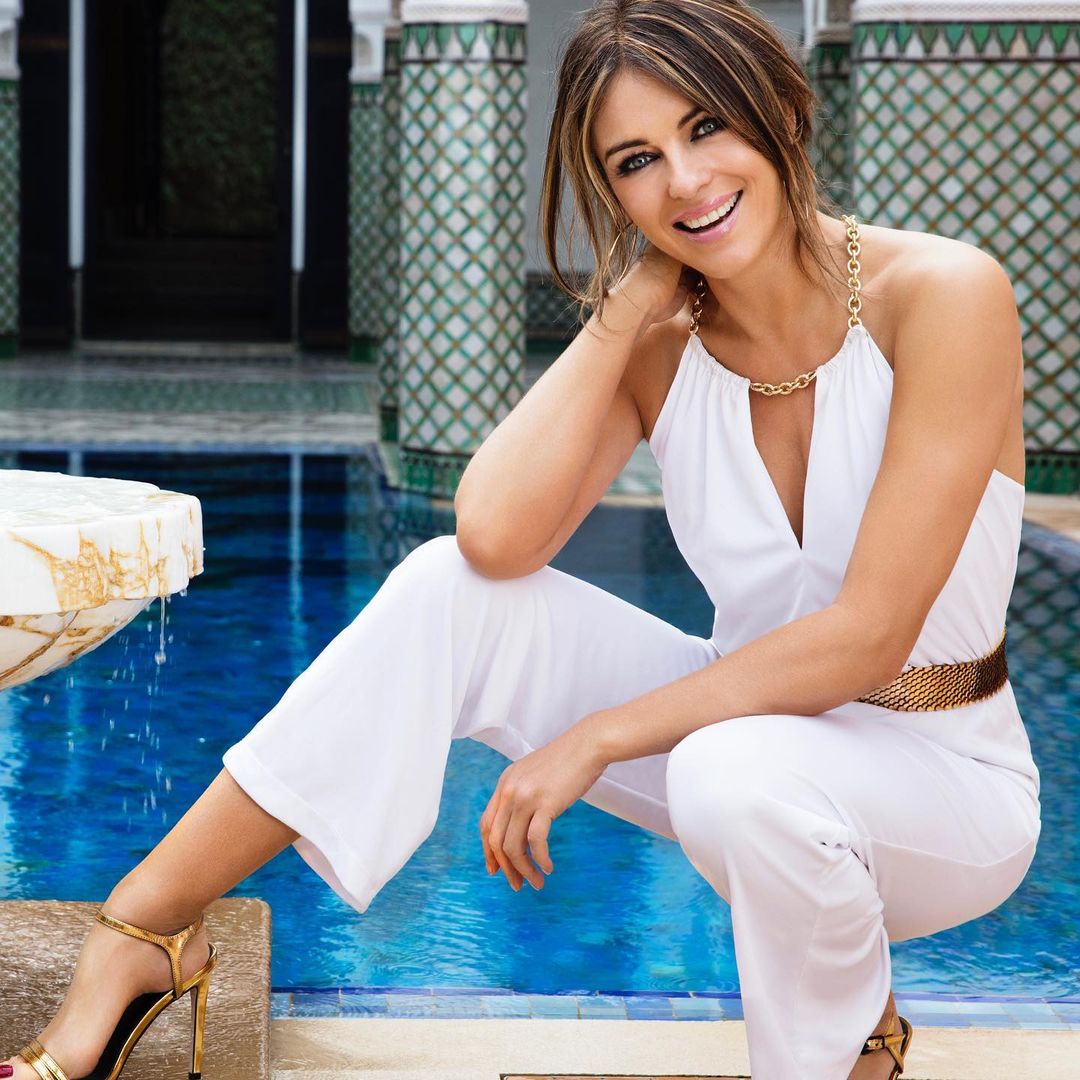 Born in 1965, Elizabeth is one of the older women on the list of most beautiful actresses. But she still looks amazing. Staring as a model, she worked with the cosmetics company Estee Lauder. That company gave her the first modeling job at 29 and featured Hurley as a representative for their products.

Elizabeth took her career to a whole new level as a businesswoman and entrepreneur. The English actress dated Hugh Grant at one point in her life. 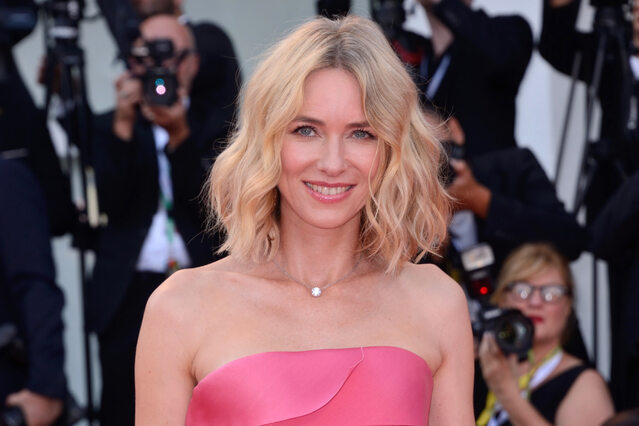 Born in September 1968, Naomi is another old-school actress on this list. Born in England, Naomi experienced fame first hand as a child. Her father, Peter Watts, worked as the road manager to Pink Floyd.

The British actress made her debut in the drama For Love Alone and then appeared in the Australian series Hey Dad.

She earned international recognition for working in remakes and independent productions. Most of them featured with dark or tragic themes. And that makes her addition to this list even more remarkable. Playing dark and tragic characters, Naomi managed to show their emotions, but also their beautiful side. 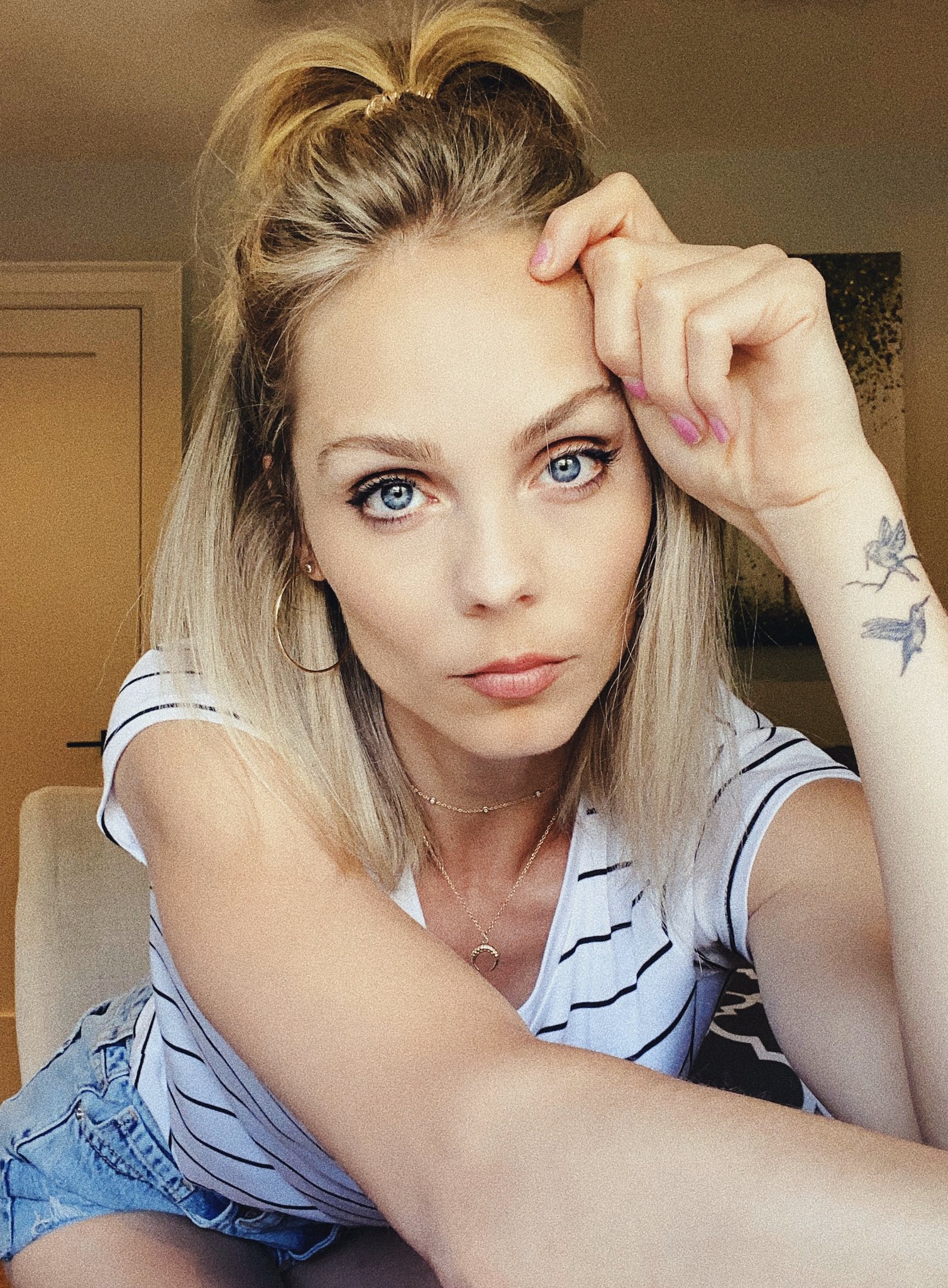 This versatile actress can work in almost every genre. She changes from one character to another flawlessly, embracing the essence of every role.

She portrayed Kara Zor-El/Supergirl in the CW drama, Smallville. Born and raised in Toronto, Ontario, she played football, basketball, tennis, and baseball as a child. 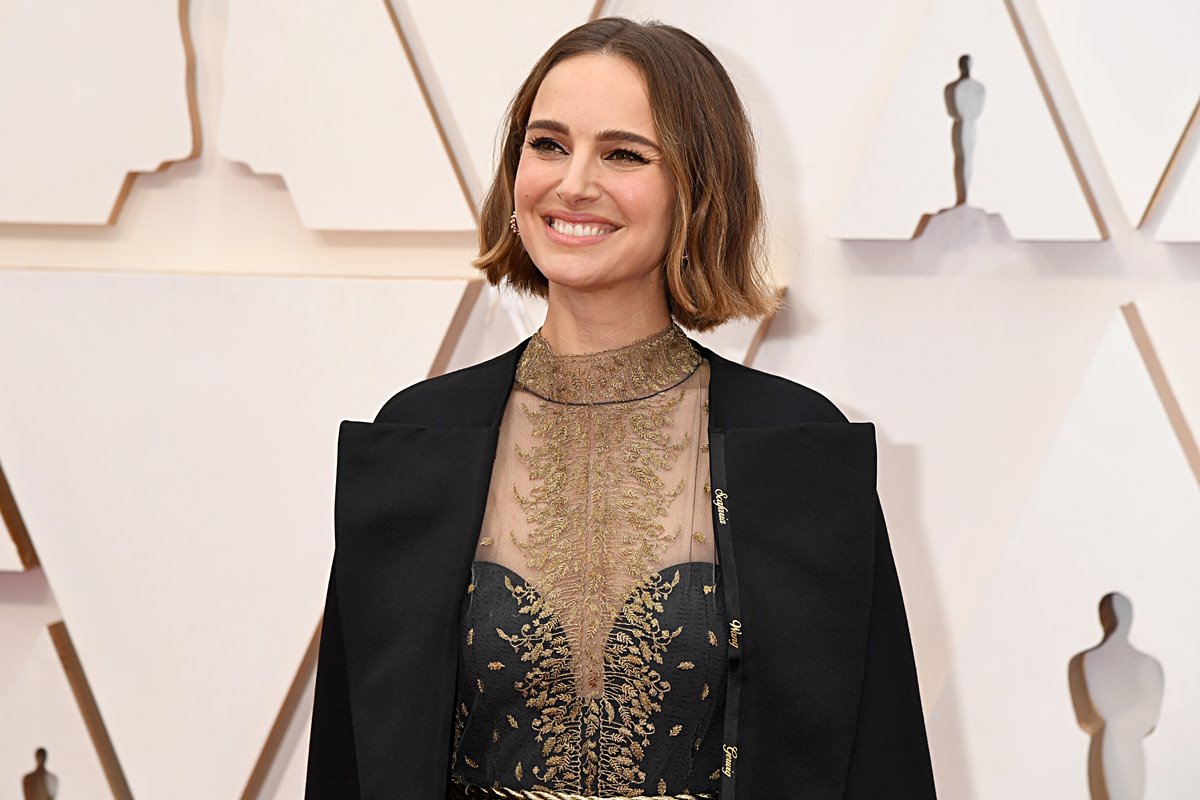 The Black Swan actress appeared in some of the most iconic movie franchises. She portrayed Padme, the wife of Anakin Skywalker in the Star Wars saga. And then she portrayed the love interest of Thor in the Marvel Cinematic Universe.

Born in 1981 in Jerusalem, Israel, Portman started her career in an unusual way. At the age of 10, a Revlon agent spotted her at a pizza restaurant. He wanted her to work as a child model. Natalie turned down the offer but used the opportunity to get an acting agent. 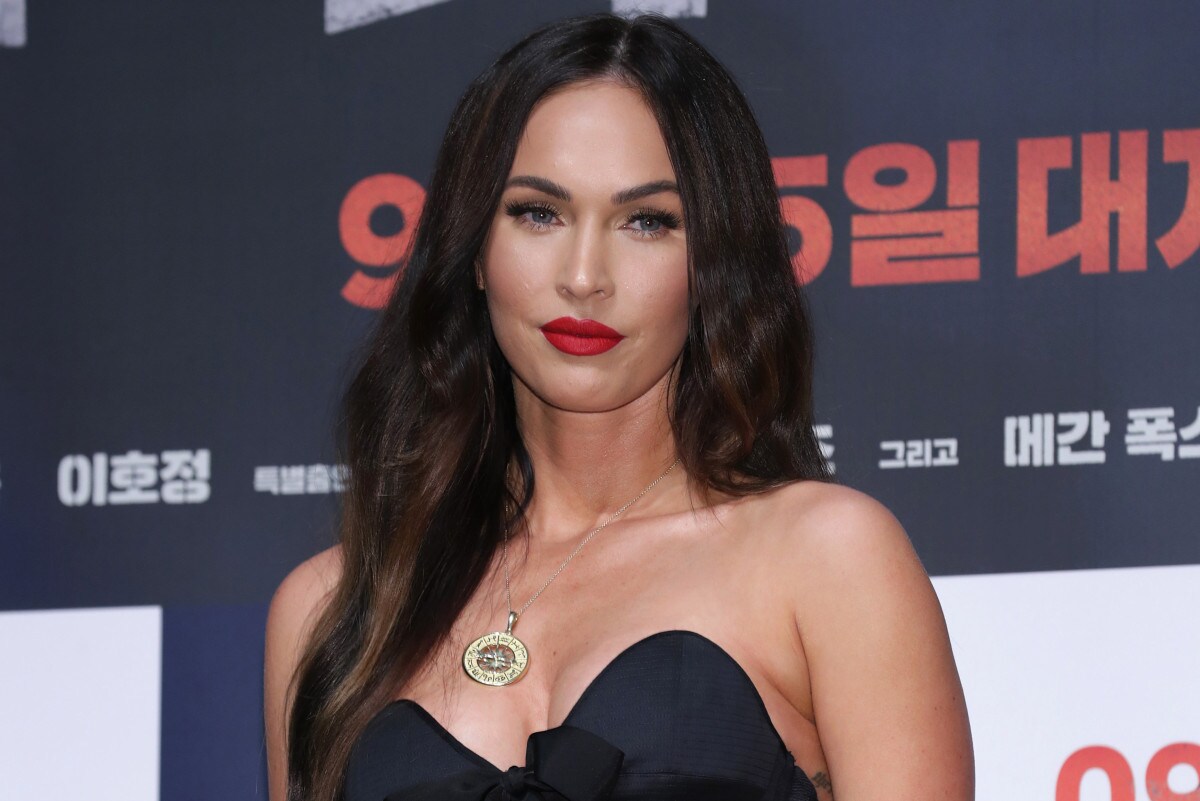 For many years in the 2000s, Megan Fox carried the title “sexiest woman alive”. Born in 1986, she reached international stardom with the Transformers franchise. In 2008, she got named the sexiest woman in the world.

Since then, she has appeared in a couple of movies. And she looks amazing doing it. 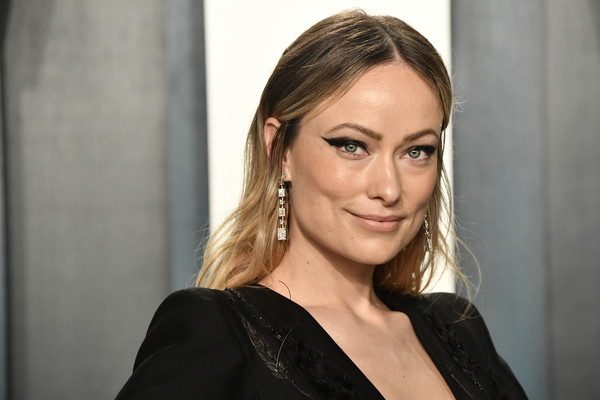 When you think of a sexy and beautiful woman, the name Olivia Wilde rarely comes to mind. But she is a modern renaissance woman, possessing a mysterious and unique beauty.

Born in 1984 in New York City, the American-Irish actress earned recognition as Remy “Thirteen Hadley” on the medical drama House.

In 2009, Olivia took the title of the sexiest woman on Earth from Jessica Alba. She claimed the top spot on Maxim’s magazine Hot 100. 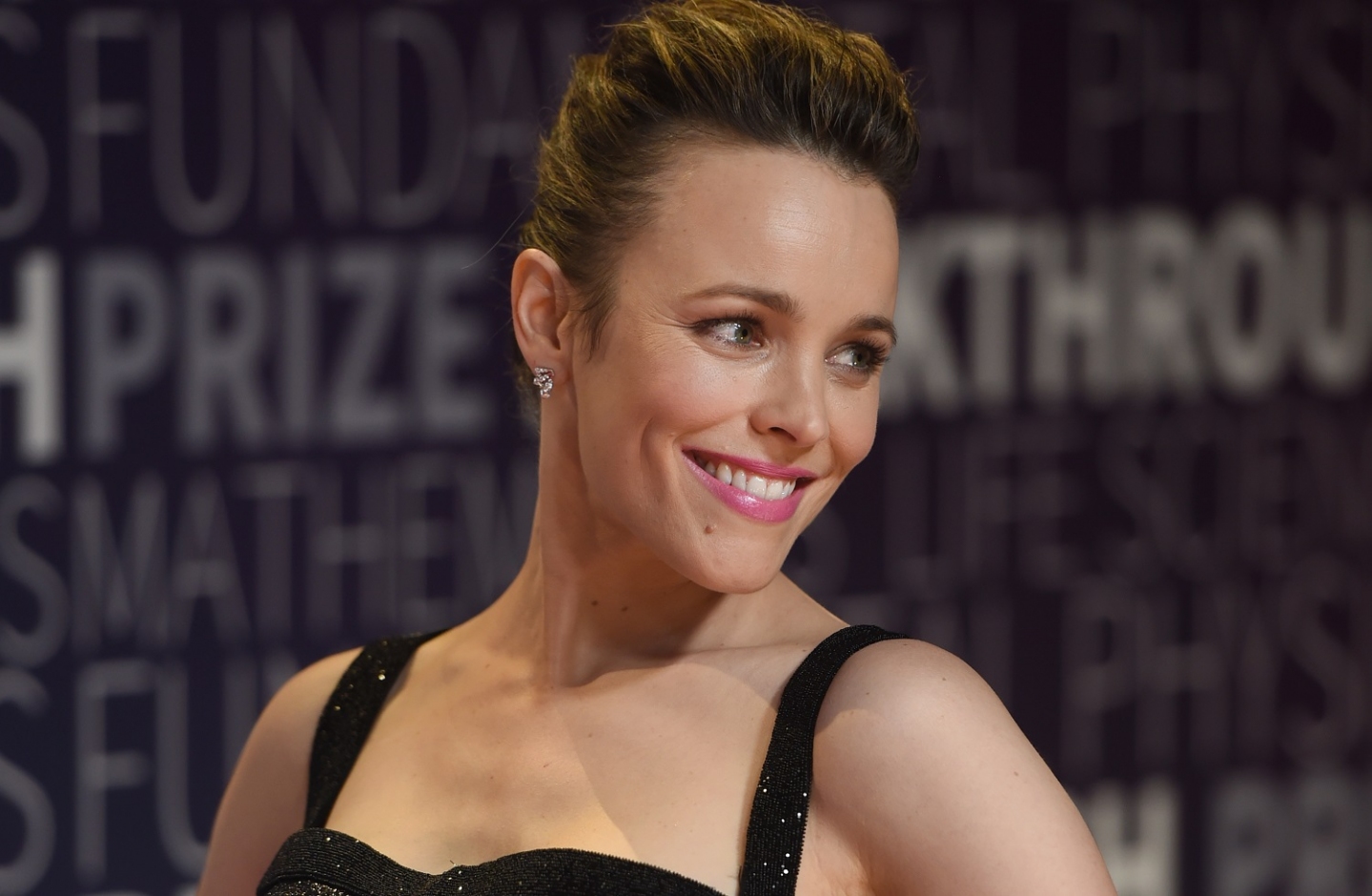 The Canadian actress started acting at the age of 13. She graduated from a theater degree program at York University. Following her graduation, she worked in Canadian film and television production.

In 2002, she made her Hollywood debut in the comedy The Hot Chick. And then she rose to fame in 2004 appearing in the teen comedy Mean Girls.

During the 2000s, Rachel appeared in a number of comedy movies. During that period, she earned the reputation of the new “it girl” in Hollywood. She also received a BAFTA nomination for Best Rising Star. 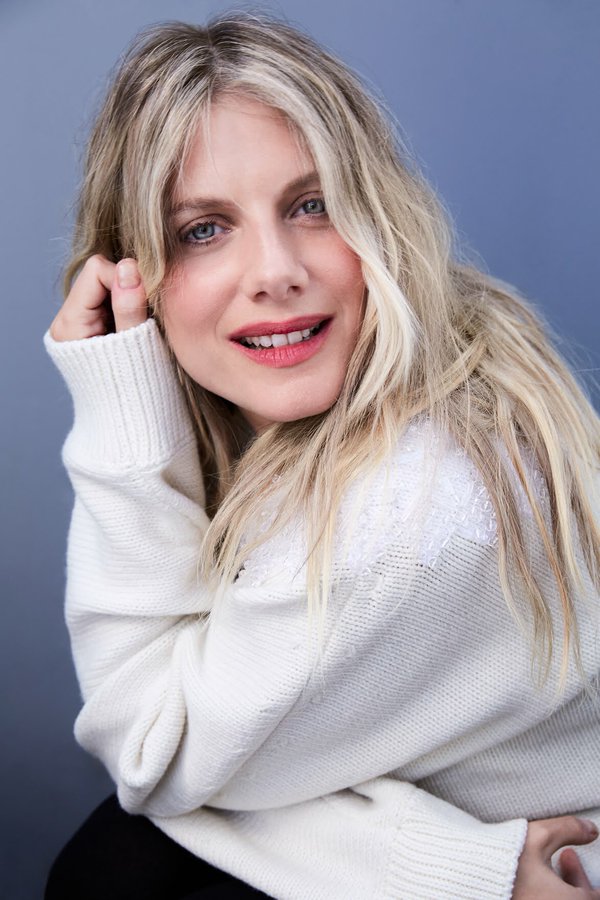 The French actress played a significant role in Inglorious Basterds. Her mother worked as a ballet teacher, which is where Melanie learned to act and dance.

She established herself as an accomplished actress in the French movie industry before making the jump to Hollywood. Born to a Jewish family, she started acting at the age of 16.

In the late 2000s and early 2010s, she played mainly in independent movies. She also appeared in stage productions, making her debut in 2010. 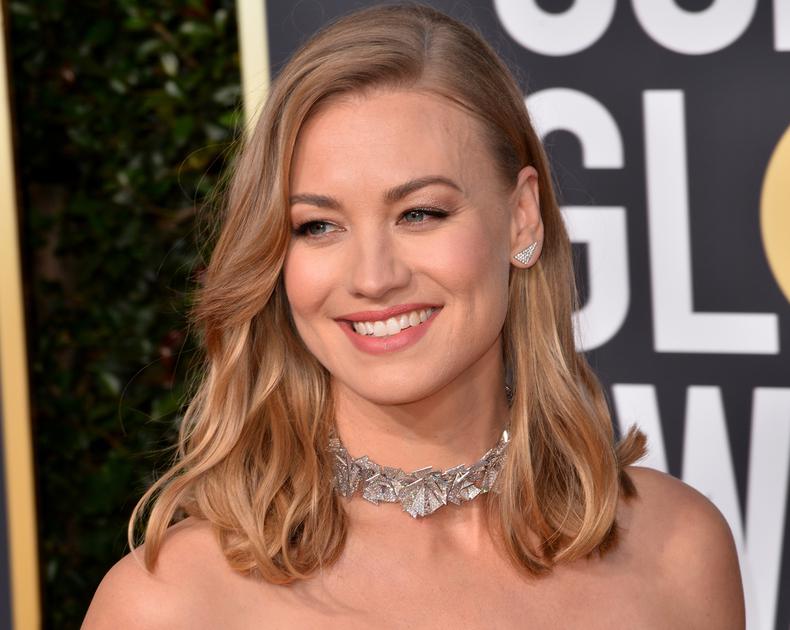 Born and raised in Australia to Polish immigrants, she attended Santa Sabina College for high school education. And then she went and studied performance at the University of Western Sydney.

The Australian actress earned popularity as the CIA agent Sarah Walker in the NBC drama series Chuck. She then appeared as Hannah McKay in Dexter, Kate Morgan in 24: Live Another Day, and Serena in the Hulu drama, The Handmaid’s Tale. 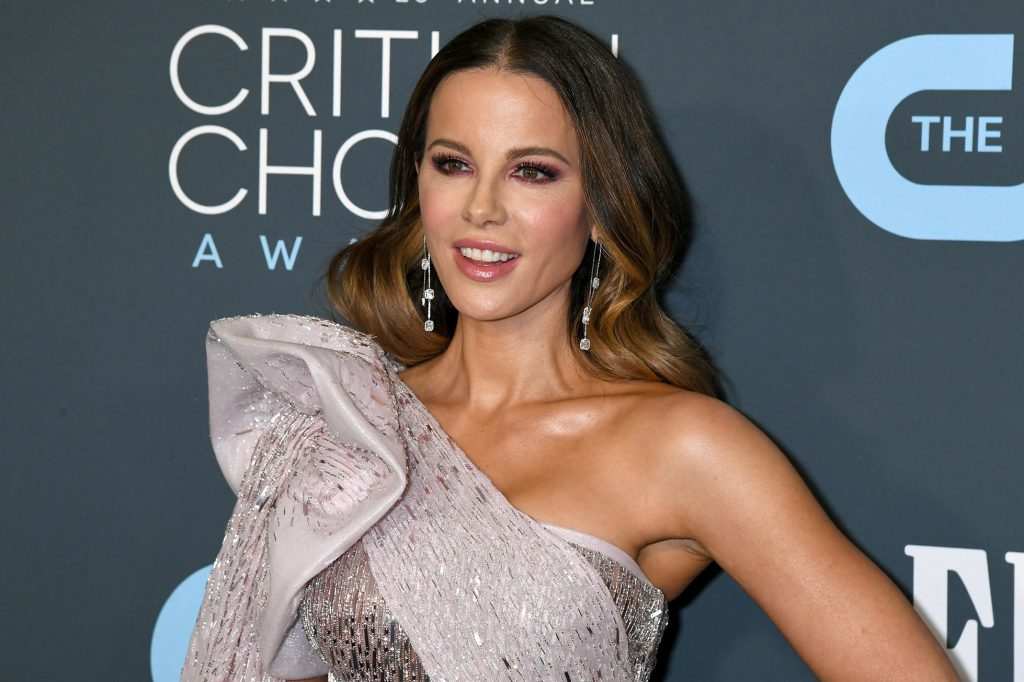 Kate Beckinsale is a special case on this list. Some might say that looking at her roles, she has no place on this list. After all, she gained popularity as the Vampire Selene in the horror franchise Underworld.

But Kate also appeared in a number of British dramas and sitcoms. She works predominantly in British television productions.

And when two actors fight for your love in Pearl Harbor, you have to look beautiful, right? 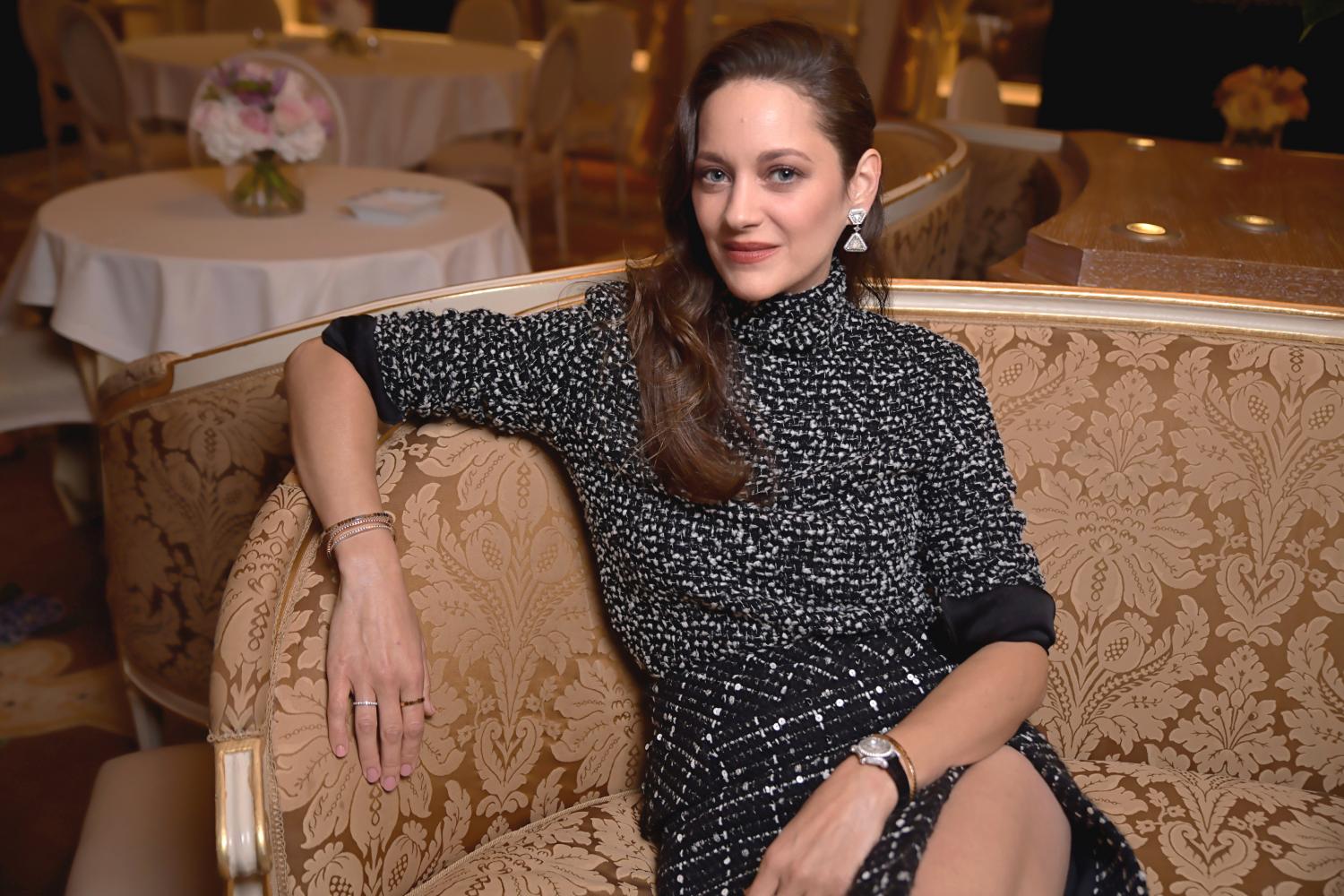 Marion Cotillard is an Academy award-winning actress. Born in 1975 in Paris, she had acting lessons as a little kid. Her father also worked as an actor and director.

The French actress won an Academy Award, BAFTA Award, Golden Globe, and a couple of European awards during her career.

At one point in 2018, her name got tossed in the running for a Bond girl. 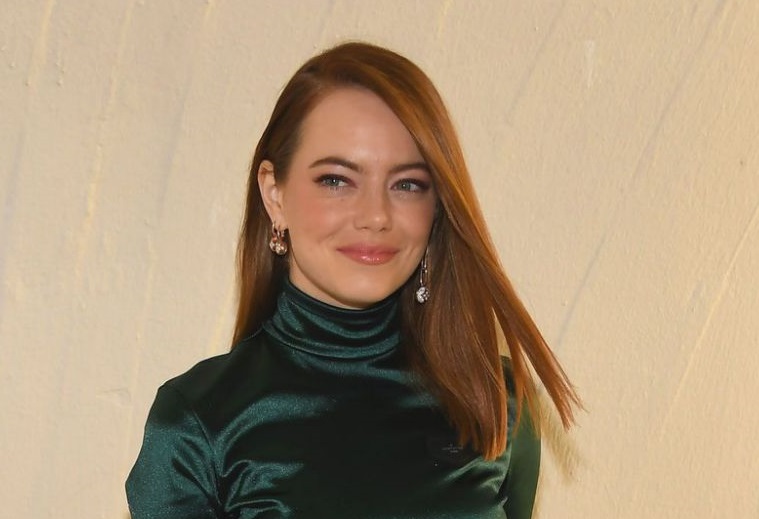 Many people view Emma Stone as the ideal girl next door. Cute, adorable, and beautiful, this actress managed to turn her acting career into a business. She is the CEO of Jeffrey Charles Stone, a contracting company.

You might remember her for her appearance in La La Land, a movie she won an Academy Award for. 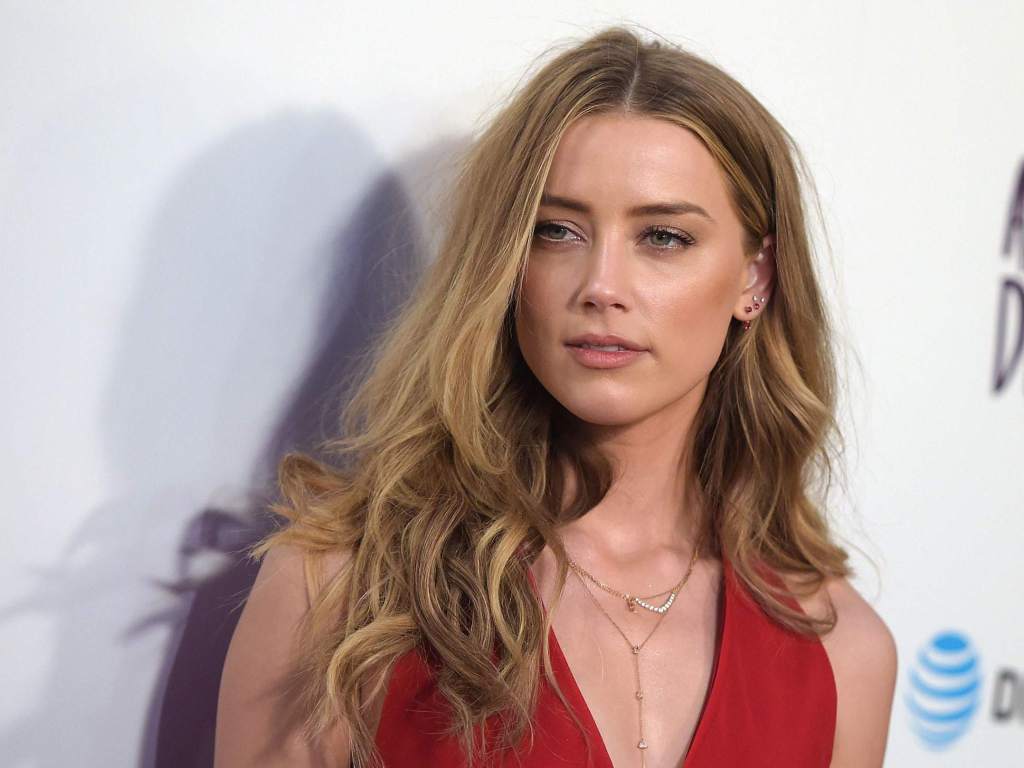 If you notice a pattern by now, almost all actresses appearing in superhero movies made the list of most beautiful actresses. Amber is not an exception. Most fans remember her for the appearance in the movie Aquaman

But she also appeared in serious movie roles. For example, in 2005, she appeared in North Country, a movie that gave her an Oscar nomination. 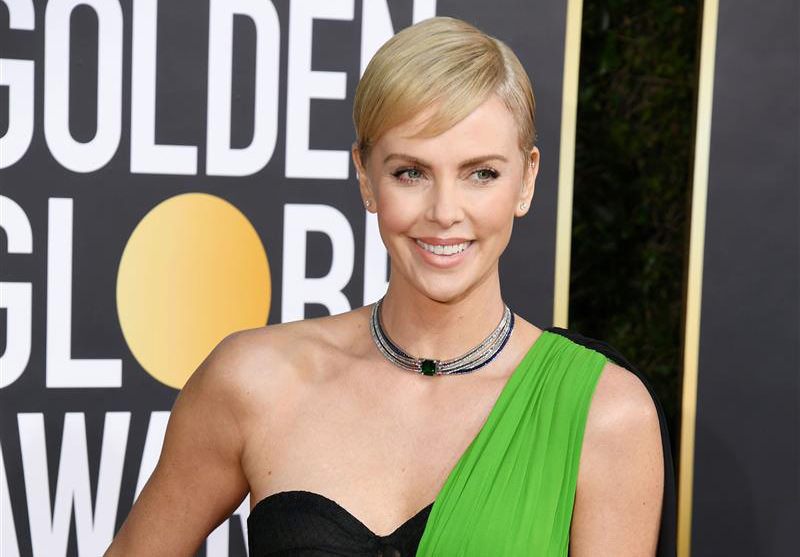 Charlize is a seductive assassin. You can put it that way. Charismatic, charming, and seductive, Charlize received a couple of awards during her career. And that includes an Academy Award.

Born in Johannesburg, she spent her childhood on a farm outside of the city. Her success in the world of movies helped her earn a spot on the 100 most influential people in the world. 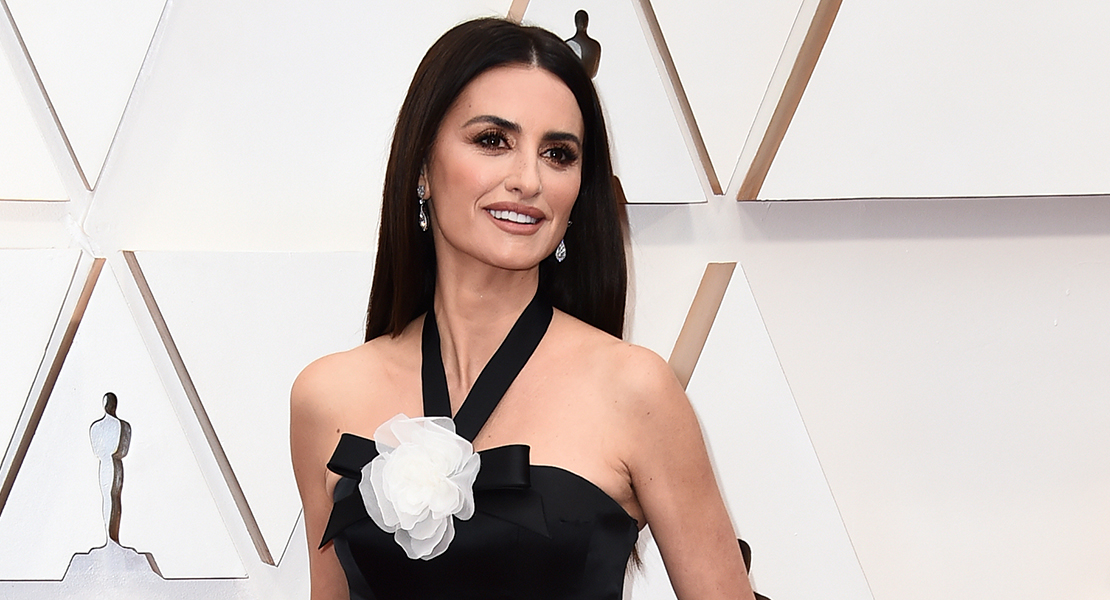 We consider Latino women some of the most beautiful in the world. Penelope has that Latin beauty. Born in Spain, she started her career in the traditional Spanish way, in movies by Pedro Almodovar.

Late on, she made the jump to Hollywood. One of her most successful movies is Vicky Cristina Barcelona. 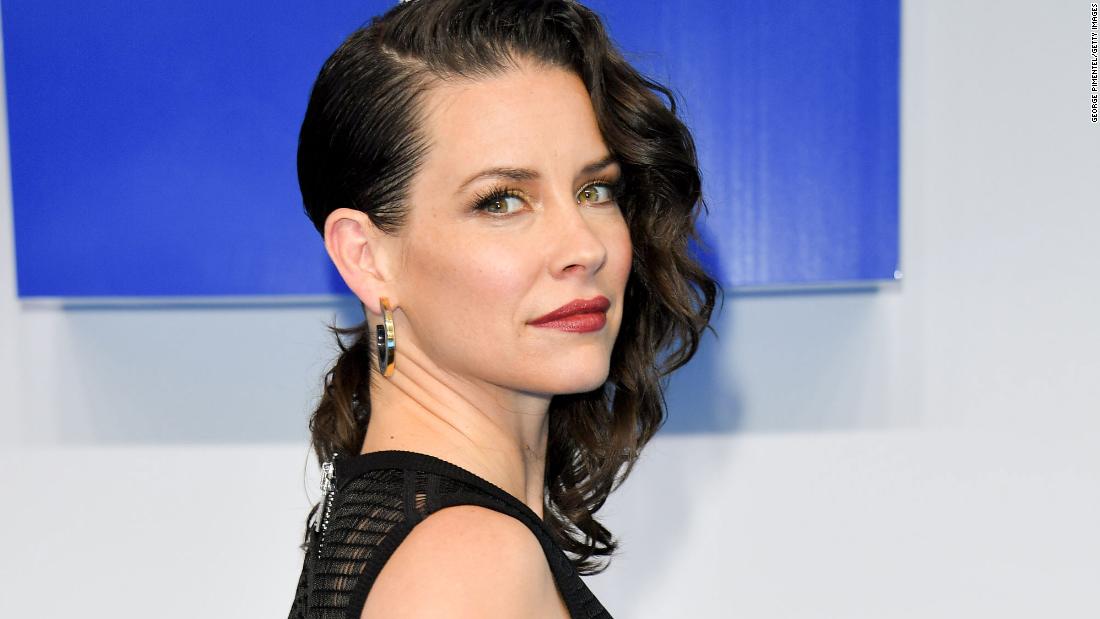 One of the reasons why Evangeline makes this list is her recent character portrayal. She played the Wasp in the Marvel Cinematic Universe. Her character is witty, sassy, fun, entertaining, and beautiful.

She started her career in an unusual way. Agents for the Ford modeling agency noticed her on the streets of Kelowna, British Columbia.

Initially, she declined a modeling career, but then she accepted the offer. She used the money to pay for her college education. 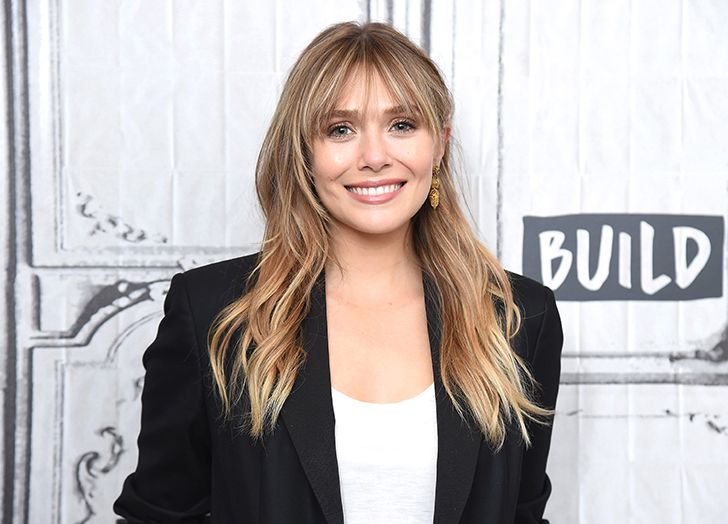 Did you know the Olsen twins are her older sisters? Well, Elizabeth managed to outshine them in popularity. And it is all thanks to her recent role as Scarlet Witch in the Marvel Cinematic Universe.