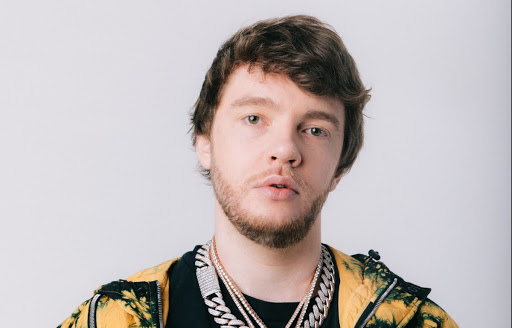 The real name of Murda Beats is Shane Lee Lindstrom.  Let’s take a look at his career journey and successes.

The Canadian record producer, DJ, and songwriter produced singles for many American celebrities. For example, he produced Butterfly Effect by Travis Scott, Nice for What by Drake, Back on Road by Gucci Mane, and more. He uses the popular production software FL studio for his music.

Born in 1994, Murda Beatz is a Canadian trap and hip hop producer. He signed with Interscope records. Some of his most famous work includes the mixtapes Keep God First, Bless Yo Trap, and more. His success came after hard work. And he didn’t leave anything up to chance.

His father played the guitar. His uncle played different instruments. Murda Beats attended school at Fort Erie Secondary School. But he didn’t do well in school. Before producing beats, the young boy played the drums. He got inspired by his father, a big fan of Rock music.

When he was 16-years old, he already had a couple of beets. But he didn’t leave his fate to chance. The 16-year old Shane left Ontario, Canada, and moved to Chicago to work with Chief Keef. One year later, he traveled to Atlanta and connected with the up-and-coming group Migos.

Murda Beatz didn’t want to be one of the 10,000 kids on the internet making beats. He went to Atlanta and earned his respect. In the beginning, he produced beats and sold them online for $500 and $2,000 per beat. He made the beats to Emmitt Smith and Pipe It Up by Migos.

He began working with a professional manager in 2014. Then, he stopped selling beats online to the highest bidder. He wanted to establish himself as a professional producer.

The strategy had its ups and downs. In the beginning, he worked in debt. For one full year, he traveled to LA but didn’t sell any beats. He got some money here and there, but nothing big.

But success came by. Then, he met with Drake and Wiz Khalifa in Toronto, Canada. Rich Homie Quan organized the meeting. The result was a collaboration on several projects. In 2016, Murda Beatz produced With You by Drake.

He also collaborated with Smokepurpp on his mixtape Bless Yo Trap. Released in April 2018, the mixtape peaked at Number 40 on the Billboard 200 chart.

Murda produced different beats for different artists. His fame resulted in collaborations with highly ranked artists. Murda has songs charting high on different charts, both in the US and Canada. In 2018, he won the Secret Genius: Producer Award by Spotify’s Secret Genius Awards.

He got nominated for Best Album Grammy Award. But he did not win it. At the 2019 Grammy Awards, Murda got six nominations thanks to collaborations with Travis Scott, Drake, and Cardi B. The same year he won the International Achievement Award at the SOCAN Awards.

Most of Murda Beatz’s money comes from music. In the beginning, he charged between $500 and $2,000 for his beats online. Now, he makes up to $50,000 for his beats. And that is upfront payment. He also earns royalties from the songs he produces.

Usually, royalties depend on the artists he works with and publishing rights. The amount of money producers get varies on different factors. One thing Murda Beatz does is strive for perfection. He is never satisfied and hard to impress. He wants to build relationships with the artists. And if he doesn’t feel the vibe, he doesn’t produce their music.

In the past few years, he tried to expand his earnings to other venues and ventures as well. He launched his own hot sauce brand. And Fat Sal’s Deli honored him with a special sandwich on the menu.

Murda Beatz is not one of the artists making money on social media. He does not have a large fan base. The successful producer has only 2 million followers on his Instagram account. And his YouTube channel brings in just 137,000 subscribers. There, he publishes vlogs and funny videos mostly.

When he started his career, Shane Lee Livingston chose the stage name, Murda Beatz. He needed a name for YouTube. He couldn’t use his government name. So, he chose Murda Beatz because he wanted to murder beatz.

The producer is religious and often tweets about God. He is a spiritual person who follows the universe. Spirituality kept him on task to where he is. That helps him stay positive.