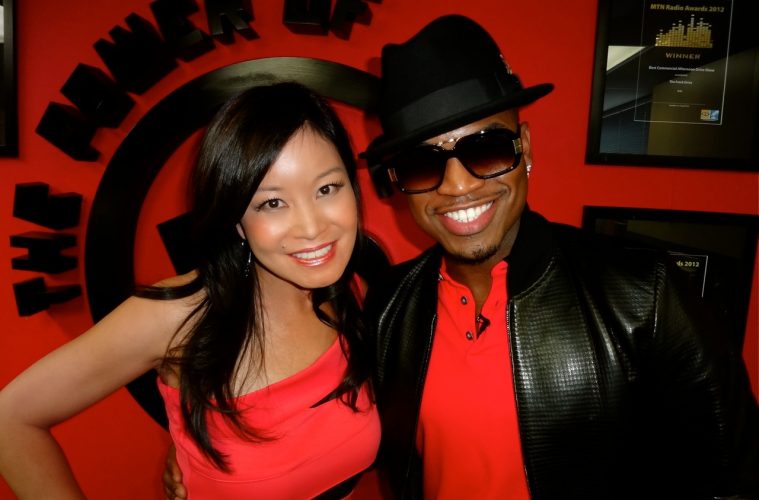 Ne-Yo Net Worth – The Songwriting Genius

Ne-Yo is an American pop and R&B singer. Born as Shaffer Chimere Smith, he started his career in the music industry thanks to his songwriting skills. From there, he branched out into acting and reality television. Ne-Yo is an award-winning singer. He has three Grammys in his pocket. So, how much is Neyo net worth? Let’s see.

Born in 1979 as Shaffer Chimere Smith, Neyo had parents involved in the music industry. He got raised in Camden by two parents. So, he showed interest in music from a young age. But his father left his family early on. His mother raised him as a single parent. At a very young age, they moved to Las Vegas. There, his mother pursued better work opportunities.

In Las Vegas, Neyo enrolled in the Las Vegas Academy for arts. There, he adopted the stage name GoGo. The high school focused on arts and Shaffer had to go through an audition process. During his high school years, he joined an R&B group called Envy.

This group was successful and they made it to MTV. But after a few notable appearances, they got disbanded in 2000.

Upon graduating, he put his focus on songwriting. His songwriting skills earned him fame and recognition. And that is why he adopted the moniker, Ne-Yo. Some said, “he is like Neo, the same way he sees the matrix, Shaffer sees songwriting”.

Initially, Columbia Records signed him to a deal. But they soon dropped him. By 2003, he wrote all the songs for his debut album. It was only a matter of time to record them. And then singer Marques Houston came and helped him record his lead single, That Girl. The song got featured on Houston’s debut album.

After people learned Neyo wrote the song, many musicians wanted to work with him. In the next few years, he worked with Christina Milan, Faith Evans, B2K, and more artists. In 2004, he wrote his most successful song to date, Let Me Love You for Mario. The song reached the Number 1 status cementing Ne-Yo’s status as a great songwriter. After that, Jay-Z signed him to a contract.

Ne-Yo released his debut album in 2006. Titled In My Own Words, he released the album through Def Jam records. The album reached platinum certification. A year later, Shaffer released his second album, Because of You. This one reached Number one on the Billboard Top 200 chart.

In 2008 the singer released his third and most successful album, Year of the Gentleman. Hits like Closer and Miss Independent established himself as a solo artist. In 2009, he released a Greatest Hits album.

For the next few years, Ne-Yo toured the world. He collaborated with artists like Mariah Carey, Jennifer Hudson, Alexis Jordan, and other top list artists. He even wrote songs for Lil Wayne and Pitbull. At this point, he moved from Def Jam Records to Motown records.

Under Motown label, he released the album R.E.D. Collaborations with artists such as David Guetta followed. Together with Akon and Juicy J, Ne-Yo had one of his best hits, She Knows.

Ne-Yo is an R&B artist. But he also incorporates pop and hip hop in his songs as well. If you ask him about musical influences, he will quickly respond. Some of his idols were Michael Jackson, R. Kelly, Usher, and Luther Vandross.

His tenor voice is his signature feature. But his application of falsetto in his works is also remarkable.

Besides music, Ne-Yo made appearances in movies and television shows. For the past few years, he transitioned to a television personality.

One of his most notable acting roles was a hitman in CSI: NY. He is also a judge for the reality TV show World of Dance.

Ne-Yo is a unique Grammy award-winning singer, songwriter, and producer. He has three Number one albums, more than 10 album copies sales worldwide, and three Grammy awards.

He earns most of his money through his music. But he earns a portion of the profit by other artists due to his songwriting. As of June 2020, Neyo net worth is more than $9 million.

Ne-Yo is one of the best artists in the R&B world. He has a couple of awards on his resume. We said he has three Grammy awards. But there are many more awards in his pocket. Here is a quick list.

Ne-Yo dated Jessica White in the early 2000s. In 2005, she gave birth to a baby boy. Sadly, a test proved another man fathered the boy.

In 2010, Ne-Yo had his first child with then-girlfriend Monyetta Shaw. The two have another child together. In 2016, Ne-Yo married Crystal Renay Williams. They have two children together. In February 2020, Ne-Yo and Crystal parted ways after four years of marriage.

In 2017, the artist started a vegan diet. He admitted it helped him lose a significant amount of weight. It also helped him with his tendinitis condition. In March 2020, he ditched the vegan diet.

Over the years, he got involved in a couple of legal issues. In 2008, he got arrested for reckless driving and driving without a license. In 2011, Lindsay Lohan filed a lawsuit against him for using her name in a song. But the judge ruled out he was within his right to mention her name.

The artist is passionate about arts and children. He supports the Little Kids Rock. Neyo net worth is more than $9 million. That allows him to enter the world of philanthropy and help as many kids as possible.