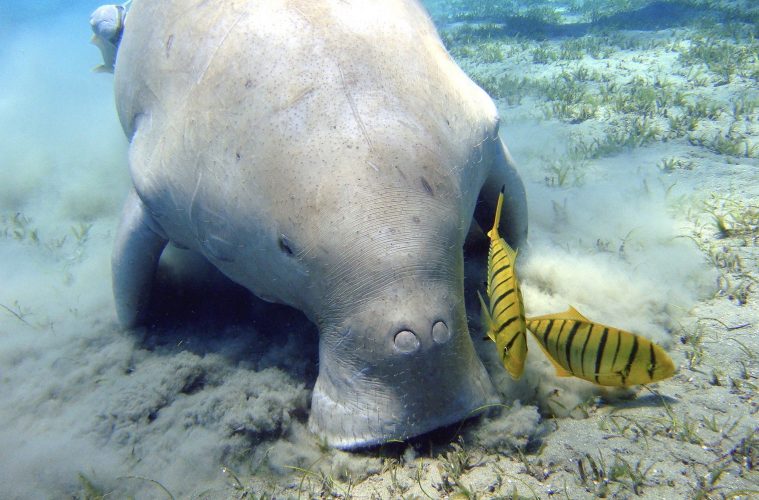 November is Manatee Awareness Month: What SeaWorld is Doing to Help

Manatee Awareness Month is about more than awareness. It places a spotlight on manatee conservation needs and how everyone can play a role in manatee survival in the face of increasingly dwindling populations.

This year’s Manatee Awareness Month is more important given the Unusual Mortality Event (UME), meaning a record number of manatees fatalities means they are likely to be returned to the endangered species list.  While SeaWorld’s rescue and conservation efforts for manatees are ongoing year-round, the team puts extra emphasis on educating and engaging guests during Manatee Awareness Month to put the spotlight on these critically endangered animals.

SeaWorld’s involvement begins when an animal is found in distress.  Concerned citizens reach out to local authorities that then contact the Florida Fish and Wildlife Conservation Commission (FWC).  The next call is usually to SeaWorld to step in and help.

With the largest manatee rescue operation in the U.S.,  and one of only five critical care facilities, SeaWorld is ready to help 24×7, traveling up and down the Eastern coastline wherever there is a manatee in need. Once rescued, animals receive a complete health assessment by experienced veterinarians.

Since 1976, SeaWorld has made the mission of helping sick, injured, and orphaned manatees a top priority. To date, SeaWorld has helped nearly 1,300 manatees in need with rescues, rehabilitations and returns to their natural environments.

In one recent example, SeaWorld rescued a manatee in distress, suspected to have been poisoned from toxic red tide found in ingested seagrass. Locals found the animal and were able to keep it breathing until the SeaWorld Rescue Team arrived on the scene. The 700-pound male manatee was taken to SeaWorld’s rehabilitation facility, where he received initial treatment and blood testing to help direct rehab efforts.

The goal of every SeaWorld rescue is to help the animals regain their strength, health, and independence to return to their natural habitat. This was the case in the 2018 rescue of a juvenile manatee, found severely injured after being struck in the head by a boat. The SeaWorld Rescue Team rescued the animal and provided critical care, including CT scans, X-rays, antibiotics, and wound therapy. After nearly a year of care, the manatee was returned back to Florida waters by SeaWorld, in cooperation with its partners.

In another instance this year, a mother manatee and her calf were rescued by SeaWorld Orlando and partners when the cow was seen emaciated and distressed. Manatees can experience changes in habit and behavior when under stress in their natural environment, and over-nursing to the point of malnourishment can happen. After several months in care with proper nutrition and adequate weight gain, the pair were released back to the wild.

The Ever-Increasing Need for Manatee Rescue and Conservation

Manatee numbers continue to plummet as habitats are increasingly compromised. Over 1,000 known manatee deaths occurred have occurred thus far in 2021, largely attributed to diminished food sources, illness, and boat strikes. In Florida, the West Indian manatee makes its home in shallow waters that allow them to have proper access to shelter, food, warm water, and breeding grounds. Unfortunately, this also puts them in direct danger with both human-caused and natural threats.

“There is a real possibility they will vanish forever,” said Dr. Chris Dold, Chief Zoological Officer for SeaWorld Parks and Entertainment. “SeaWorld has taken a holistic approach to address the crisis – from being a leader in rescue to offering state-of-the-art critical care and rehabilitation, to facilitating returns of healthy animals back to their natural environments.”

This year’s unusual mortality event seems to have been exacerbated by diminished access to food sources. Many of the manatees rescued by SeaWorld in 2021 have shown signs of emaciation from malnourishment. Jon Peterson, vice president of zoological operations and head of rescue at SeaWorld Orlando, explained that the cause stems from dying seagrass. However, the root cause of dying seagrass remains unknown: “We know there is a 70-mile stretch of grasslands that no longer have grass over in Brevard County.”

Manatee Awareness Month brings heightened awareness to these and other perils, as manatees are often injured by boat traffic, fishing gear, and water pollution. Boaters are encouraged to proceed slowly through shallow water to avoid inadvertently colliding with the manatee, which tends to glide in the water toward the surface. Shore clean-up events can also help reduce trash and pollution in waterways frequented by manatees and that, when contaminated, can cause illness to the animals. FWC encourages anyone who encounters an injured manatee to contact their alert hotline: 888-404-3922.

Learn more about SeaWorld’s commitment to the rescue, rehabilitation, and return of marine animals, spanning more than 50 years and over 39,000 rescues.