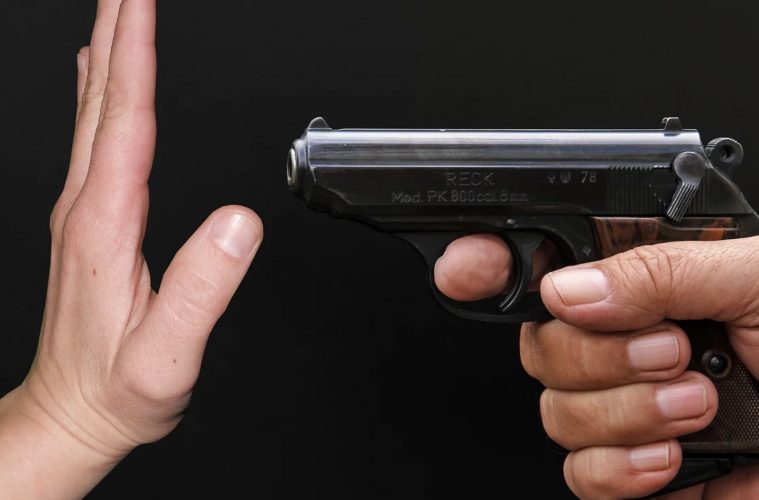 Possess a Legal Firearm? It’s Possible Your Roommate Can Kick You Out

In this day and age of spiking inflation, rising gas and energy prices, rising interest rates, and especially, rising rent rates, having a roommate (or two) can pay off when it comes time to pay the rent. Paying half or even a third of the rent, is one heck of a lot better than paying the full amount when you take into consideration other bills that need to be paid, such as exorbitant student loans.

But the rub about having a roommate, even a kind and trustworthy one, is they have their own pet peeves and personalities. One of these pet peeves might be their belief in owning a legal handgun for protection. If you’re the type who can’t stand even being in the proximity of a handgun, legal or not, you might discover that you are suddenly very uncomfortable with your new roommate.

First of all, before you signed a lease with your roommate, you might have asked him or her if she was a gun owner. But if you didn’t feel the need to do so, and only found out the hard truth after you signed a lease, there is one, very practical and very safe solution to the problem. It’s called a gun safe.

But what if investing in a gun safe isn’t enough for your roommate(s)? Can the bothered roommate legally kick you out? This is precisely the situation that occurred recently to a Harvard graduate student.

According to a recent cable news report, the Harvard student was ordered to move out of her apartment after her roommates discovered she owned legally licensed firearms. The reason she was told to move out? The roommates found the presence of the firearms in their apartment anxiety-inducing.

The 24-year old Alabama native, Leyla Pirnie, went on record with the Washington Free Beacon that she felt legally violated when her roommates invaded her privacy by searching her room minus her consent and, in the process, uncovering a handgun.

When Pirnie confronted the roommates, she claimed they all came up with varying stories that didn’t seem to jive with one another. But all of them insisted she had a MAGA hat in her possession which somehow led them to believe she might be a gun owner.

Why Not Just Ask?

Pirnie went on to state the obvious. “I asked why they didn’t just call me and ask me before intruding.”

One of the female roommates responded that “fear took over her body” and because of that fear, she felt she had no choice but to search Pirnie’s private room. It was a story that the gun owner attested sounded entirely made up, but true nonetheless.

Due to the firearms being present in the apartment, the roommates felt they had no choice but to make contact with the apartment landlord. They expressed to the landlord that the firearms were making them very anxious and uncomfortable.

Said one of the disgruntled roommates, she and the others had a face-to-face discussion with Pirnie that the presence of the guns were making them afraid and that, in turn, they were being deprived of “the quiet enjoyment of the premise” to which they felt entitled by law.

Quite naturally, Pirnie attempted to reason with her roommates by insisting she was a “legal gun owner” and also trained on how to safely handle a firearm. However, the roommates were more concerned that a stranger would somehow get ahold of the guns and use them for nefarious purposes.

Pirnie further stated that no one bothered to ask why she felt the need to own a firearm. She added that she had a very legitimate reason for owning a pistol, which came in the form of a past abusive relationship. Because of it, she feared for her life. Thus, she wanted to protect herself and the best was to do that was by purchasing a legal firearm.

Losing Her Case to Stay

While Pirnie and her father attempted to “defuse the situation” by appealing directly to the landlord, the property manager asked her to move as soon as possible. Said manager insisted the reasoning was not politically motivated but instead a practical decision.

However, Pirnie still insisted her having to move was a blatant violation of her second amendment rights and her privacy. But the landlord further insisted that if any of the disgruntled roommates were move out because of Pirnie’s firearms, she would be responsible for paying their monthly rent.