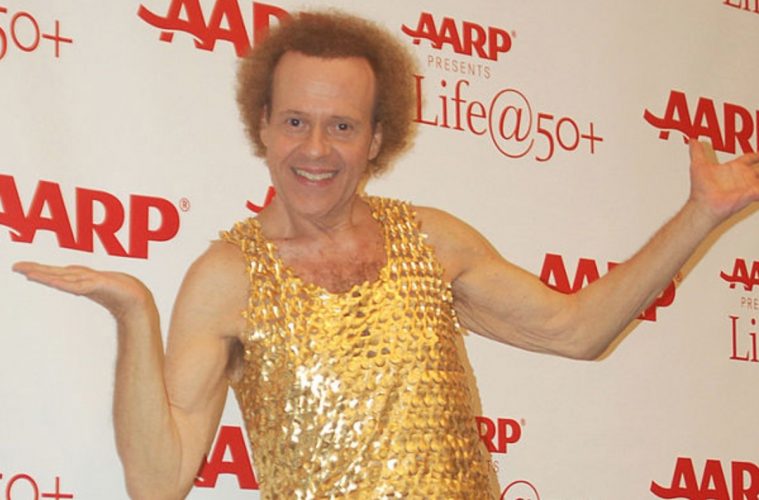 Richard Simmons Net Worth – Sweatin’ to the Oldies

Richard is a semi-retired American fitness personality. He is one of the first online fitness instructors. Back in the days, he produced some of the most popular fitness DVDs. How much is Richard Simmons net worth?

People know him by his Sweatin’ to the Oldies fitness videos. As a fitness expert and coach, Richard got famous in the 1980s. He marked the 1980s with his personality and looks. As of June 2020, Richard Simmons net worth is more than $20 million.

Richard was among the first aerobics teachers to include people of all sizes in his videotape classes. In the 2010s, he returned to the public. And during the 2020 Covid-19 pandemic, he got back to his YouTube channel to help people stay fit.

By the age of 19, Simmons weighed 268 pounds. He worked as a model in Italy, performing in more than 100 commercials. Then in 1968, he discovered an anonymous note on the windshield of his car. The note read “Dear Richard: Fat people die young. Please don’t die”. That frightened Simmons and went on an extreme diet. He lost more than 100 pounds in three months.

Within 10 years, he built an empire. Simmons began his career by opening his first gym Slimmons in Beverly Hills, California. Catering to the overweight, he quickly gained popularity through television exposure.

Richard moved to Los Angeles in the 1970s. At the time, he worked in a restaurant in Beverly Hills but quickly developed an interest in fitness.

He then opened his exercise studio called The Anatomy Asylum. There, he put the emphasis on healthy eating in proper portions and enjoyable exercise in a supportive atmosphere. Later, he renamed it to Slimmons. The business originally included a salad bar restaurant. But Simmons closed it to put the whole focus on exercise.

That business worked up until November 2016. Through all those years, the studio served as the place where he taught motivational classes and aerobics.

In 2010, Richard revealed that he helped people shed more than 12 million pounds. That is his contribution to the health of humanity.

Due to the success of his health club, Simmons began to draw media attention. He had guest roles on many shows, including Price is Right, Win, Lose, or Draw, Math Game, and more.

The positive reaction landed him a recurring role on the General Hospital show. He played himself through a period of 4 years.

The more media attention he got, the more he used it. In the 1980s, he had two shows Slim Cookin and The Richard Simmons Show. The latter got him some Emmy Awards.

Simmons appeared in television advertisements for Sprint, Herbal Essence Shampoos, Yoplait, and more. In 2007, he appeared as the conditioning coach in an ESPN commercial, This is Sports Center.

Richard Simmons net worth as of June 2020 is more than $20 million. He earned most of the money through his DVDs. And the best thing about his workouts is they are fun. You work out to great oldies music. The moves are easy to learn. Richard smiles all the time and he encourages people in the videos.

Richard released more than 20 DVDs. But the most successful are the Sweatin to the Oldies series. There are five sets of Sweatin’ to the Oldies DVDs. He also has some Disco Sweat, 80s music, 60s music, and other DVDs.

Besides DVDs, Richard released many health books as well. His first book is Never Say Diet, followed by The Better Body Book, Farewell to Fat, and more. So far, he released more than 10 books with a focus on a healthy diet and exercise.

Richard Simmons net worth is more than $20 million. He is among the most successful fitness trainers. But he is still behind the modern and famous workout trainers.

For example, Tracy Anderson, the pre and post-pregnancy fitness guru, has a net worth of $110 million. Jane Fonda, one of the first fitness instructors, has $120 million on her bank account.

Simmons used his energetic, motivational, and charismatic character to encourage people to work out and lose weight. He is a high-energy guy. His trademark attire is the candy-striped Dolphin shorts and tank tops with Swarovski crystals.

He doesn’t have a lot of friends. He lives in his Beverly Hills home with his three Dalmatians. His sexuality served as a subject of speculation. Yet, he never publicly discussed it.

In September 2005, he got heavily involved in aiding people affected by Hurricane Katrina.

Disappearance and return to public life

Simmons was everywhere in the 1970s and 1980s. Richard was one of the most popular fitness personalities.

But he then disappeared from the public’s eye. His last major public appearance was in early 2014. For the next few years, there were rumors about his whereabouts. Some speculated he got kidnapped and held hostage by his housekeeper. But he shut down those rumors in an interview with the Today Show on March 14, 2016. In September 2016, his popular and original gym in Beverly Hills closed.

In March 2017, the LAPD did a welfare check on the fitness expert. They said he was fine. And in April 2017, he put his first photo after a year away.

Simmons maintains a stance that his disappearance was nothing to talk about. He simply chose to be less publicly visible. After all, he is in his 70s.

During the Covid-19 pandemic, the fitness expert resurfaced on his YouTube channel. He wanted to help people stay fit at home. But he posted old videos with no new footage. This led to speculation who posted the videos.