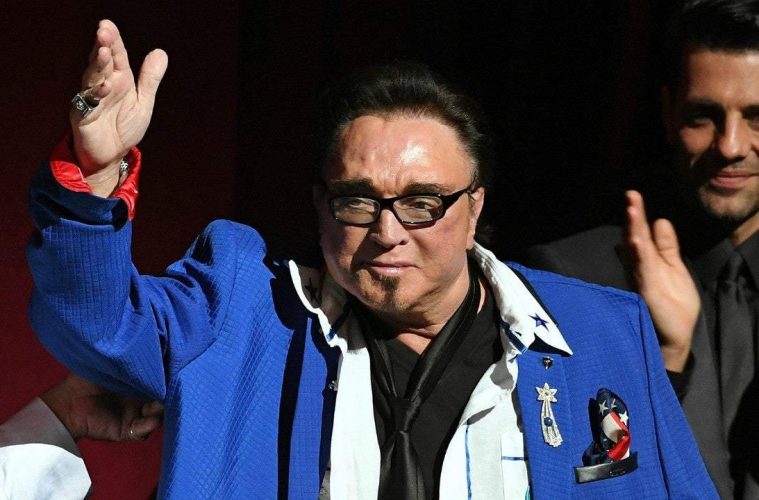 Roy Horn is one half of the popular Las Vegas animal and magic act, Siegfried and Roy. The German-American duo performed in Vegas for three decades, until an incident in 2003. In May 2020, Horn passed away following complications from the Covid-19 virus. How much is Roy Horn net worth? How much did he earn during his lifetime? Let’s find out.

The duo started performing in the late 1960s and performed until 2003. Many still consider the duo one of the most-visited and entertaining shows in Las Vegas. Things changed following Horn’s injury on October 3, 2003. Let’s take a look at Roy Horn’s wealth at the time of his death.

Born as Uwe Ludwig Horn in 1944 in Nordeham, Germany, Roy changed his name later in his career. He got born in the midst of bomb attacks. His father died in World War II, and then his mother got married to a construction worker. She started working in a factory. Roy grew up with three brothers. At a very young age, he showed interest in animals. He had a dog during his childhood.

Roy’s got access to exotic animals at the age of 10 thanks to a friend of his mother. Horn got to visit Bremen Zoo and then left school at 13. After he left school, he worked as a waiter on the cruise ship Bremen. There, during the 1960s, he met with Siegfried Fischbacher. The moment they met, they knew they will change the world.

The two made their debut performance in 1967 in Las Vegas, Nevada. Their career started on the cruise ship. There, the owner of the Astoria Theatre in Bremen saw their act. He recruited them to perform at her nightclub. In the beginning, they performed with tigers on the European nightclub circuit.

Tony Azzie saw them perform in Paris and asked them to come to Las Vegas. There, they got their debut.

In 1981, Irvin & Kenneth Feld Productions started the Beyond Belief show. Roy and Siegfried headlined the show at the New Frontier Hotel and Casino. Then, they made a revamped version in 1988.

From 1989, the two started performing at Mirage. They performed there for three decades until Horn’s birthday on October 3, 2003. During that show, a 7-year old white tiger attacked Horn. During the act, Horn held his microphone to the tiger’s mouth and asked him to say “hello” to the audience. But Montecore, the tiger, responded by biting his sleeve.

Horn swatted the tiger and yelled “release”. But he tripped and fell onto his back, with the tiger standing over him. Montecore bit his neck and dragged him offstage. Trainers sprayed the tiger with the CO2 fire extinguisher canisters hoping he will release Roy. It worked.

But the attack severed Horn’s spine and resulted in massive blood loss. He got permanently impaired and suffered a stroke.

After the incident, the Mirage close the show with all of its 267 cast and crew members. In August 2004, their act served as the basis for the Father of the Pride show. By March 2006, Roy walked and talked with assistance from his friend and partner, Fischbacher.

In February 2009, the duo staged a final appearance with Montecore as a benefit for the Lou Ruvo Brain Institute. Yet, many people claimed that the duo used a different tiger.

In April 2010, the duo retired from show business. In March 2014, Montecore died after a brief illness at the age of 17.

On April 28, 2020, Horn tested positive for the coronavirus. He responded well to treatment in the beginning. Yet, his condition worsened and he died on May 8, 2020, at the age of 75.

Roy Horn served as one part of the Siegfried and Roy duo. The two magicians had a combined fortune of $120 milliom. It is safe to say that Roy Horn’s fortune at the time of his passing was $60 million. Many fans know them for their work with tigers during the world-famous Las Vegas show. It ran for close to three decades at the Mirage hotel until 2003.

The two made their Vegas debut in 1967. During their career, they made the show the most-visited in Las Vegas history. In the act, they levitated tigers and even made elephants disappear.

The production of their show at Mirage cost more than $30 million. Many believe it was the most-expensive show in history at the debut time. During their show, they used white lions, jaguars, elephants, leopards, tigers, and more animals.

At their peak during the late 1990s, the show generated $60 million per year in revenue. Together, Roy and Siegfried performed for more than 25 million people worldwide.

Besides their show, they appeared in movies and TV specials. They lived in a 100-acre estate in Las Vegas named Little Bavaria. They bought it for $100 million. There, they had a private animal sanctuary featuring horses, dogs, birds, swans, tigers, and cats.