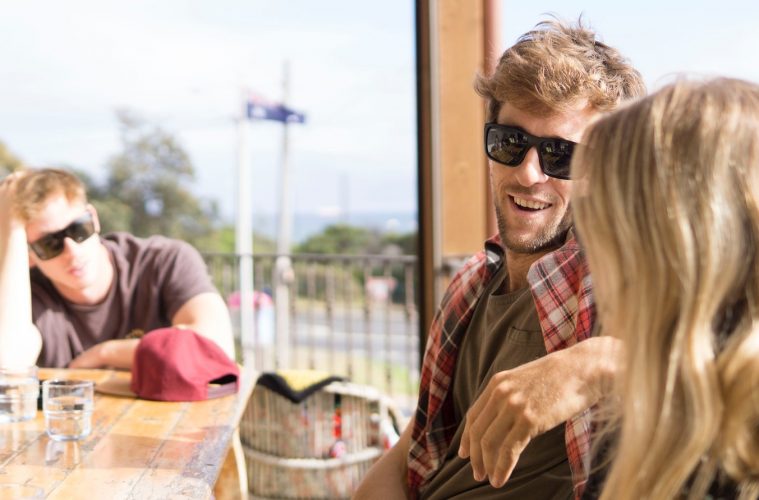 The Most Obvious Signs He Is Fighting His Feelings For You

Let’s talk about relationships and dating life. When was your last relationship? What do you think of your current dating life? Do you date someone, but you do not feel sure about his feelings? Well, you are not the only one. Guys can sometimes try to hide their feelings. Or they hide them. It is your job to recognize the signs he is fighting his feelings for you.

Guys usually send clear signals. But sometimes, they only send signals and do not make a clear move to you. Men tend to have a superficial power of loving their partners. But they have the same superficial power to hide their feelings as well.

Before we get to the signs he is fighting his feelings for you, let’s discuss why.

Why do men hide their feelings?

Are guys emotionally immature? Do they not know how they feel? Is there some other reason? Let’s try and solve the dilemma.

Usually, when a guy has a secret crush on you, he might not share it with many people. He might not admit it to anyone. And that usually includes himself as well. Now, this might look and seem strange, but guys often fight their feelings.

First and foremost they are afraid of rejection. It is a hurtful experience. It can hurt even the most confident person.

Usually, when a guy and a woman are friends, he has trouble confessing and voicing his feelings. And if he is in a relationship, he sees another problem. He doesn’t want to sabotage his relationship or hurt his current girlfriend. But more importantly, he knows how that might look in your eyes.

Last, but not least, sometimes, guys are not ready for a commitment. They might focus on their career, or they might go through recovery from a recent relationship. Sometimes, the simplest explanation does the work. He works on himself at the moment and wants to feel happy in his company.

Now that we know why he hides his feelings, let’s take a look at the obvious signs he is fighting his feelings for you. 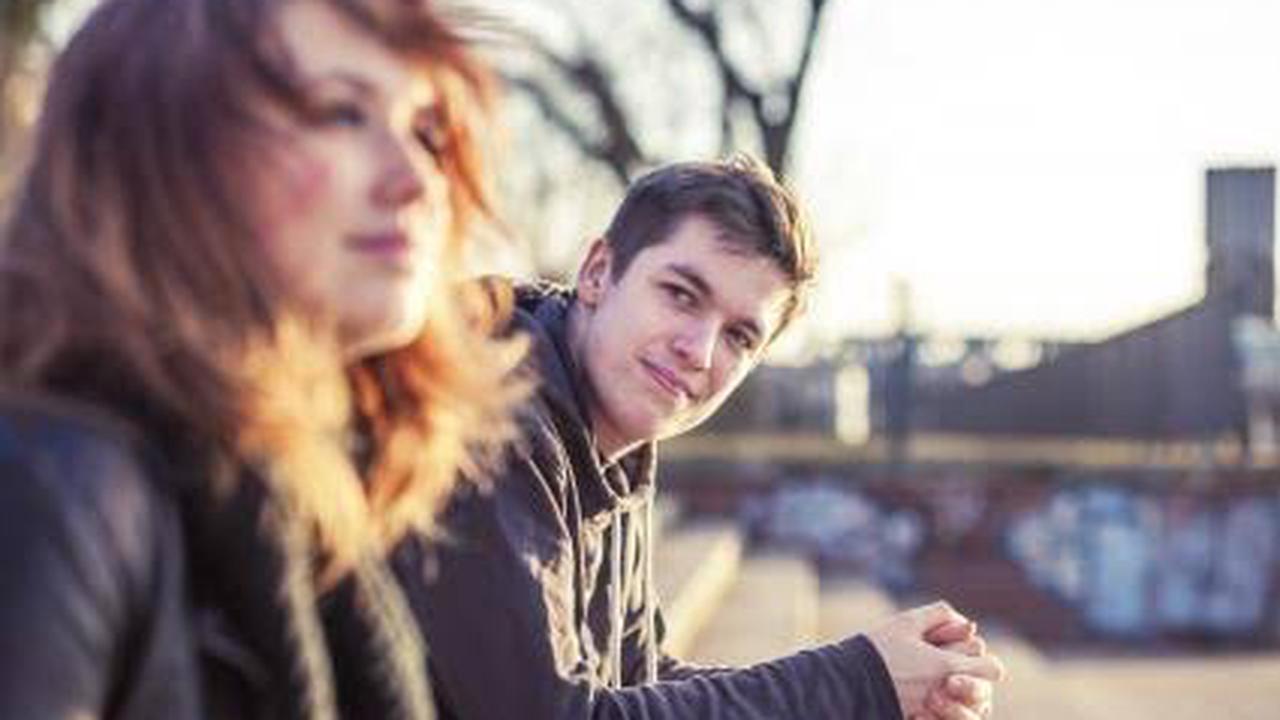 He stares at you

Men cannot control their gaze. It is a bit harder for them. They stare at someone they like. And if you notice him constantly trying to find ways to look at you, take it as a clear sign. And you will also notice a spark in their eyes.

Tries to ignore you

This is a common sign people use to attract someone. Even girls do it. When they ignore someone, they want to get even more of his attention. Men do it for different reasons. They think they can hide their feelings if they ignore you.

But they do compensate and behave nicely around you.

He makes himself available

This is a bit contradictory. Your guy feels distant when you are away. But once you two hang out, he makes himself available. And that is because he tries to figure out his feelings for you.

Waits before texting back

This is a classic move by most guys that try to hide their feelings. They want to come out as uninterested, macho guys. It is a weird game.

For some guys, just sending a text feels like a marathon. He tries to find the perfect words. And that takes time. 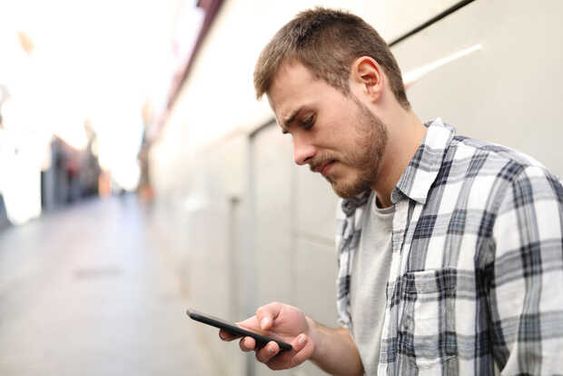 He interacts with you online

We live in a new world. Today, online communication takes over. Pay attention to where he spends his online presence. And how he makes his presence visible. Does he engage with you on social media? Does he leave more comments than usual?

He acts awkwardly out of nowhere

This is a super telling sign. You will notice a random burst of awkwardness. All of a sudden, he cannot look you in the eyes. He stumbles over simple words.

Men tend to act protective around someone they love. That applies to family members, friends, but more importantly, their loved ones. When he goes out of his way to protect you, it is a clear sign he wants something more.

You might not see it, and he might not show it to you. But look deeper, and you will understand.

He listens to you

Men do not “love” long conversations. But when you do the talking, he does the listening. If he doesn’t have interest in you, he will probably zone out when you talk.

Test him. Ask him about something you two talked about a few days ago. If he remembers it, it is a great signal of an upcoming relationship. 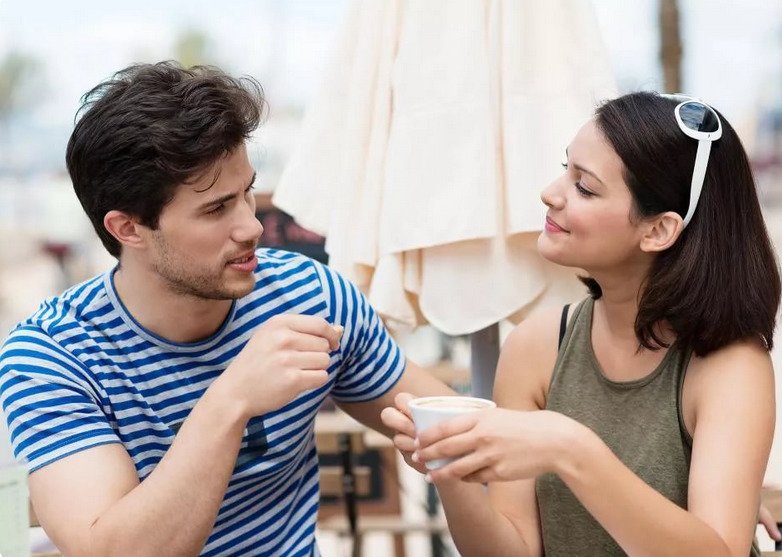 He seeks your opinion

Have you noticed a guy asking you for an opinion more and more? Take it as a clear sign he wants to build a stronger relationship. He values your opinion and wants to know what you think about certain topics.

Men cannot hide their jealousy. They are not as good as women at it. He might show signs of jealousy just at guys hanging out with you. And when you talk to other guys, he will show his weakness. And he does that because he doesn’t feel secure. Insecurity is a big problem for guys.

He ensures there is no girl around him

Men want to make sure you are the only one they care for. That is why he will tell you there is nothing between him and other girls.

You can follow up with a question. Ask him about the details, and he will try to ignore the topic. That is your sign right there.

He spends time with you in a group

Going back to that insecurity. This is actually a bit contradictory. Men with low confidence feel they might not entertain you for a long time. And they know that if you feel bored, his chances go out in the toilet.

So, he tries to find ways to spend time with you, but make sure you get entertainment as well. This is why he might try to organize group gatherings. 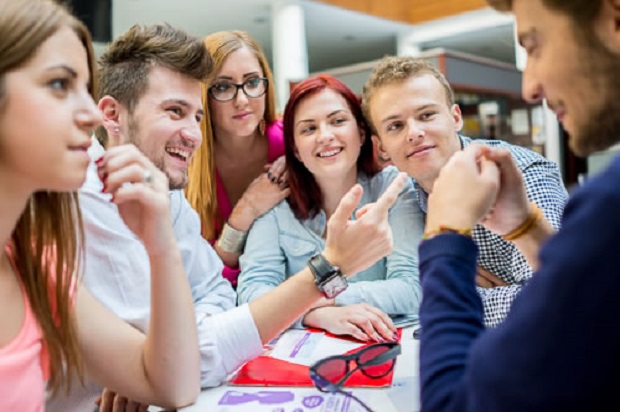 His friends tease him

Sometimes you should look at his friends to know his feelings. We said men usually do not admit their feelings to other people. But his friends notice these signs before you.

Male friends usually tease themselves. So, if you go out with him and his friends, and they try to tease him, you will know his feelings.

What Can You Do?

We feel that you might think you must do the heavy lifting. But that is the case if you like that guy as well. Now that we know the signs he is fighting his feelings for you, let’s talk about how you can make it easier for him.

He might have a valid reason for fighting his feelings. Are you in a relationship currently? Or do you think he feels out of your league? Insecurity and low confidence is a common problem among men.

He might feel afraid of rejection. But if you are both single and interested, why miss out on a potential relationship?

But if you do not feel the same way, and you do not like him, tell him. It is better for both of you. There is no honor in keeping someone on the hook. Your confession might hurt him, but he will get over it.