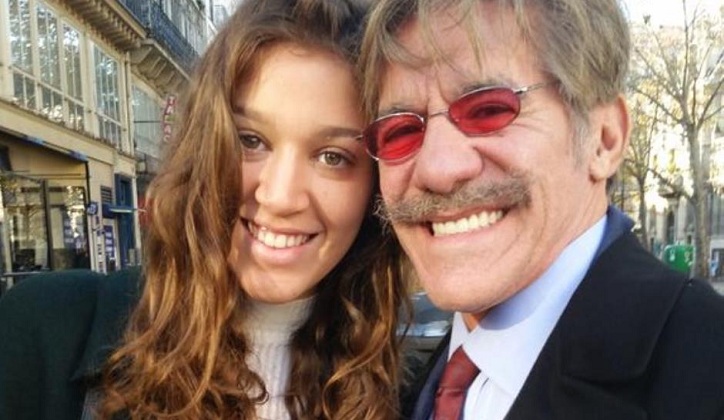 A New York City native, after graduating high school from The Spence School, Cruickshank Rivera enrolled at the Weinberg College at Northwestern University in Chicago in 2013, with the aim of earning a Bachelor’s Degree in Political Sciences. During her studies, she was part of the Phi Beta Kappa sorority, while also doing volunteer work at the Alma Mater Charter school, and as a tutor at the Harlem Academy, apart from going as an exchange student at the French Sciences Po university in from 2015 to 2016.

Simone Rivera also took up various jobs and internship roles, such as a sailing instructor at the Tabor Academy in 2013. In 2014, she was a summer assistant at Fox News from June to July, as well as a research assistant at Harvard University from July to September, assisting Professor Caroline Elkins of Harvard’s History Department with research for her forthcoming book on British imperial violence. From June 2015 to June 2016, Simone Rivera was working a research assistant at the American Bar Foundation, where she co-authored a white paper on trends in immigration, economic attainment, economic vitality, and political participation for Latinos in the Midwest titled: Latinos by the Numbers. She also created an annotated bibliography of literature related to Latino demographic trends and co-designed the “Future of Latinos” website. During her senior year at Northwestern, Simone Rivera was a Farrell Fellow research assistant at her university, developing an extensive report on the economic and organizational structure of the African Union Mission in Somalia (AMISOM), and conducting research for a comparative study on gentrification in New York and Chicago as a member of the Chicago Democracy Project.

In June 2017, she achieved her goal of getting a Bachelor’s Degree with a double major in Political Sciences and Legal Studies, graduating with a Magna Cum Laude at the Weinberg College of Arts and Sciences. Simone Rivera made her first significant foray into the professional world that same month by taking up a position as trial preparation assistant at the Manhattan District Attorney’s Office in New York, drafting and editing legal documents. On top of that, she managed case schedules and coordinated with law enforcement officials, witnesses, court staff, and defense counsels. Moreover, she counseled and advised assistant district attorneys in Trial Bureau 50 throughout the duration of their criminal investigations or proceedings. Furthermore. she organized case files, exhibits, and court documents for Grand Jury presentations, hearings, and trials. She held this position until June 2019.

It was at that time when Simone Cruickshank Rivera decided to go back to school, by enrolling at Yale Law School, becoming a features editor at the Yale Journal of International Law, VP of communications at the National Security Group, and part of the Jessup International Law Moot Court Team. In May of 2020, she also started being a research assistant at Yale Law School, for Professor George Priest. Her job was conducting research for his forthcoming book, The Political Order and the Market Order, with a focus on the U.S. underground economy. In June 2020, she took up a Summer Legal Intern position at the United States Department of Defense, with the Office of Military Commissions in the Office of the Chief Prosecutor. These last two jobs are ongoing at the time of writing of this article (August 2020). She is due to obtain her Yale degree with the class of 2022.

Income and Net Worth

Unfortunately, the financial details of Simone Cruickshank Rivera, including her income, cash flow, and current earnings, are not known to the public.

We do know, however, that her father Geraldo Rivera’s fortune is estimated to be somewhere over $15 million. He managed to amass this through his long-standing career as a lawyer, TV host, and author. He does, however, have five wives (including four exes), as well as five children.

Nevertheless, Simone’s opportunities and her academic excellence are no doubt propelling her into a high-income career already.

Simone Cruickshank Rivera was born in New York City in September 1994 to father Geraldo Rivera and mother C.C. (Cynthia Cruickshank) Dyer. On her father’s side, she is Hispanic Jewish. Her parents married in 1987 and divorced in 2000. Being her father’s fourth child out of five, she has one full sister, Isabella Holmes Rivera, as well as two stepbrothers, Gabriel Miguel Rivera and Cruz Grant Rivera, and stepsister Solita Liliana Rivera.

In 2015, she was present during the Paris terror attacks, when two suicide bombers blew themselves up outside the Stade de France sports stadium where the French football team was playing Germany. Simone and her friend Isabel were mere feet out of harm’s way.

Not much is known about her love life, except that she is reportedly unmarried.