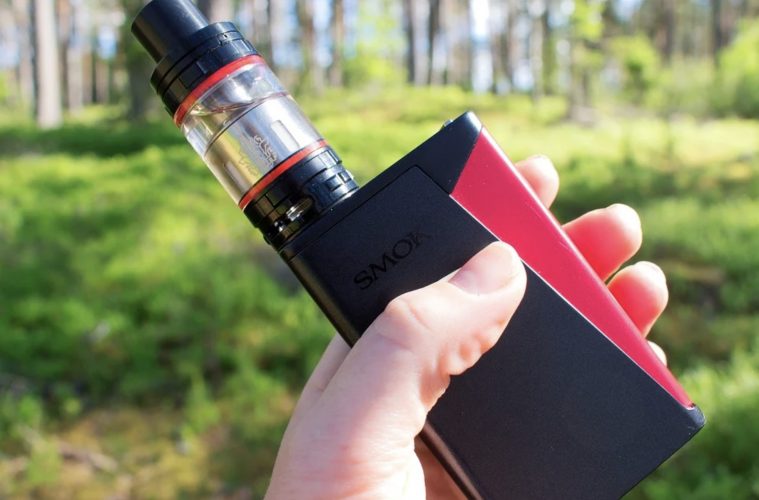 Synthetic Nicotine Vape Juice: The Future of Vaping Is Here

In case you haven’t been keeping up with the latest vaping news, we’ve got a big one to drop on you right now: Your next vape is almost definitely going to be a synthetic nicotine vape. Synthetic nicotine isn’t a new thing. Laboratories have been working for a long time with the goal of obtaining nicotine from sources other than tobacco, whether it’s by extracting it from another plant such as eggplant or by creating it synthetically. Until recently, though, tobacco-free nicotine – while available – simply couldn’t be produced affordably enough to be viable for use in commercial products. Since synthetic nicotine was so expensive to produce, it wasn’t possible to add it to products at prices consumers would be willing to pay.

In 2020, that finally began to change. Nicotine producers finally solved the problem and found more affordable ways of producing tobacco-free nicotine. In the vaping world, e-liquid makers latched on to synthetic nicotine right away because they could immediately see that it represented the future of the entire industry. By the end of 2021, it is highly likely that you will see more synthetic nicotine e-liquid at your favorite vape shop than traditional e-liquid with tobacco-derived nicotine.

What Is Synthetic Nicotine Vape Juice?

Synthetic nicotine vape juice is any e-liquid containing nicotine that isn’t derived from tobacco leaves but is instead synthesized in a laboratory. There are a number of patents describing some of the different methods that have been discovered for creating synthetic nicotine. The general process, however, involves combining substances that react chemically with each other to generate nicotine and then using a solvent to isolate the nicotine from the solution. You then have an isolated nicotine – or nicotine salt – that you can add to e-liquid or any other type of nicotine product. Vape juice isn’t the only product that people are making with synthetic nicotine these days; you can also find tobacco-free nicotine in products such as nicotine pouches.

Although it is possible to extract nicotine from other plants – eggplant and tomato are two well-known sources – the nicotine concentration in those foods is so low that you’d need hundreds of pounds of material just to extract enough nicotine for one bottle of e-liquid. You’d have to eat about 20 eggplants, in fact, just to get the same amount of nicotine in a cigarette. So, when you see an e-liquid that contains “tobacco-free nicotine,” you can safely assume that the nicotine is synthetic. There’s simply no natural source other than tobacco that’s rich enough in nicotine to be worth the effort.

What Are the Benefits of Synthetic Nicotine E-Liquid?

Synthetic nicotine has one major benefit for both the vaping industry and for the users in that it makes it possible to create a vape juice containing no tobacco ingredients or tobacco-derived ingredients. Therefore, the e-liquid isn’t a tobacco product in any way or form. People have always thought of the vaping industry as being separate from the tobacco industry because e-liquid doesn’t contain tobacco leaves and doesn’t produce smoke. The nicotine for e-liquid, however, has historically still come from tobacco. That’s also true of most nicotine replacement products like nicotine gums and patches. Until now, though, it wasn’t possible for the vaping industry to make a clean break from the tobacco industry because the most important vape juice ingredient still came from tobacco.

With synthetic nicotine, it’s finally possible to make e-liquid that isn’t a tobacco product in any form. That’s a great thing for an industry that’s always tried to distance itself from cigarettes but has never been able to take the final step until now. It’s also a great thing for vapers. If you’re a former smoker, you probably want to do everything you possibly can to avoid supporting the tobacco industry. With synthetic nicotine vape juice, you can finally rid yourself completely of tobacco and all its derivatives.

Regardless of the nicotine’s origin, the safest option is always not to use it at all. Synthetic nicotine vape juice – and all other nicotine replacement products – are only for existing adult smokers who can’t or won’t quit. If you don’t use nicotine already, you shouldn’t start.