Spouses in politics play a huge role. As much as the President of the US is important, the First Lady has to maintain an image that helps her husband win the elections. But that is the same with wives of governors, senators, and so on. Tara Blake is the wife of Dan Crenshaw, a Texas Republican and a Political Personality.

Over the years, Tara has managed to stay away from the spotlight. But after Dan Crenshaw reacted to the Young Turks contributors, they came to ridiculous attacks.

Tara is an American social activist. But let’s find out more about her and her husband Dan Crenshaw.

Born to American parents in Aberdeen, United Kingdom, he grew up in Katy, Texas. He experienced trauma from a young age when his mother died of cancer. He was only 10 years at the time. His father, Jim Crenshaw is a petroleum engineer who worked abroad. That is how Dan spent time in Ecuador and Colombia growing up.

It was there he developed his proficiency in Spanish. In 2002, Dan graduated from Colegio Nueva Granada in Bogota, Colombia.

Following his high school graduation, Dan returned to the United States and attended Tufts University. In 2006, he graduated with a BA in international relations and a minor in physics.

He was commissioned in the United States Navy and served on SEAL Team 3 in the War in Afghanistan. Dan reached the rank of lieutenant commander. Wounded in action during his third deployment, Dan lost his right eye to an improvised explosive device.

For his service in the military, he has been awarded two Bronze Star Metals, one with a V device, the Purple Heart. Dan retired medically from military service in 2016.

Instead, Dan is known as a stalwart conservative willing to criticize other conservatives. He has actually criticized some of Trump’s statements in a 2015 Facebook post. Yet, he voted against both articles of impeachment the House of Representatives brought against Trump in 2019.

He also defended the Trump administration’s response to the Covid-19 pandemic.

As a politician’s wife, Tara has been there for her husband over the years. She is also a social activist. The two have been together since the early 2010s. And she has been a strong aide personally and professionally.

Because she hauls from a military family, Tara knows a thing or two about the military. Her father and brother served in the Navy. Her father is Vice Admiral John Terence Blake who retired in 2013 following 37 years of service.

Tara Blake is an American social activist and wife of Texas Republican Dan Crenshaw. Born in New York, USA, her husband is a former US Navy SEAL officer.

Her mother is a native of Crofton Maryland. Much like her mother, Tara is a graduate of the University of Maryland.

Before meeting her husband, she worked as a dental hygienist in California. Nowadays, she engages in charity work, helping raise funds to help families of fallen service members. She also works in charities that specialize in suicide prevention.

Over the years, Tara has been part of many charitable organizations and has helped people from all over the world.

For example, Tara runs a campaign for the Travis Manion Foundation.

How She Met Her Husband?

Tara met her future husband Dan Crenshaw in Colorado. At the time, he just reported himself to SEAL training. At the time, Tara was a dental hygienist in California.

The two met at Tara’s friend’s house and remained friends for a long time. Speaking about the meeting, Tara says, “He was very witty and had a dry sense of humor. It took me a while to say yes to a date”.

Blake’s friend introduced Tara to the future congressman. In the beginning, Dan would come to her residence in California and would hang out with her parents. He became a good friend with her father, who was also a US Army officer.

While she took her time to say yes to a date, she was instantly smitten by him when they got to one. Blake says halfway through their first date, she knew he was the guy. Her war hero husband is a thoughtful guy and she loved it.

Dan and Tara got married on April 1, 2013, in Coronado, California. It took place just one year following his life-changing injury in 2012. Three years after their marriage, they moved to Massachusetts where he attended Harvard University.

They have yet to have children of their own. Tara has two godchildren whose pictures she shares on social media.

Speaking about her husband, Tara says he is an “extremely considerate man who always goes out of his way to celebrate her birthday”.

Here are some fun things you probably didn’t know about Tara Blake.

– She comes from a Navy family, as her brother and father served in the Navy. Her father is Vice Admiral John Terence Blake. He retired in 2013 following 37 years of service

– Same as her mother, she attended and graduated from the University of Maryland and worked as a dental hygienist in California

– Tara does podcasts, hosting The Gold Stars & Stripes alongside Brooke Keating. It is an initiative based on their own experiences as military wives and daughters of servicemen. They want to increase the understanding of the difficulties of military life as a spouse

– Her favorite pastime activities include traveling, reading, and listening to music. Tara is fond of Italian cuisine and loves to visit Greece 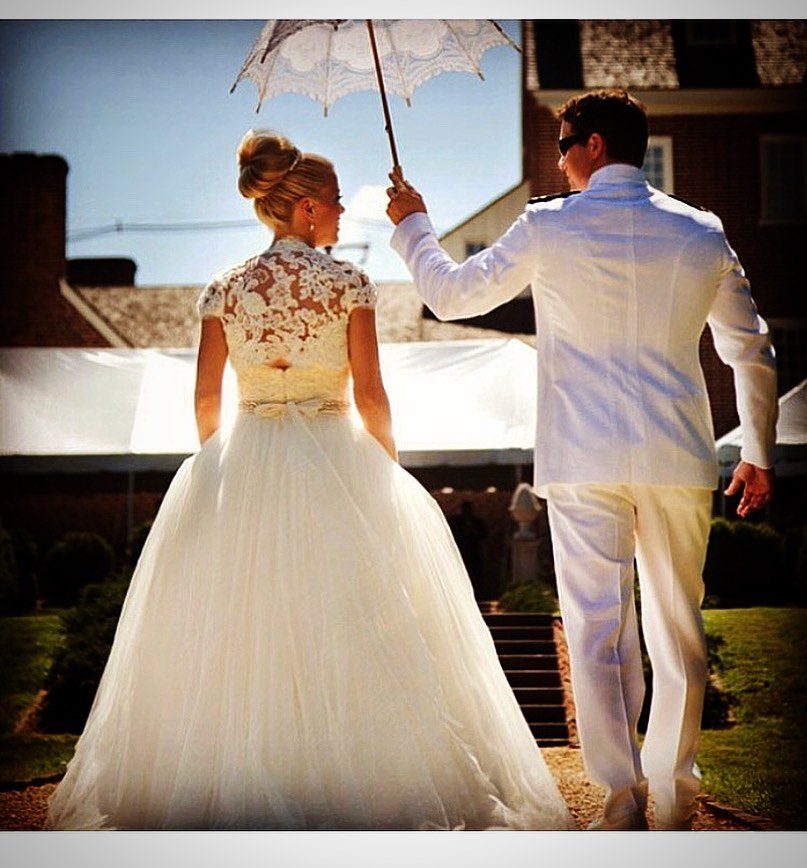 Tara Blake might not be an influencer, but she does have a decent following on Instagram. The military wife has more than 16k followers on social media. There, she often promotes the causes she supports and the many organizations she is part of.

Of course, she doesn’t forget to share some lovely pictures of her and her husband. For example, this one where they celebrate their anniversary and love.

Tara Blake has an estimated net worth of $700,000. As a public person, she must disclose all her financial information, the same as her husband.

Before she met Dan, she worked as a dental hygienist in California. But then she quit her job and now supports charity organizations.

Her husband is a politician and a member of the Republican Party. He has a net worth of $2.1 million.