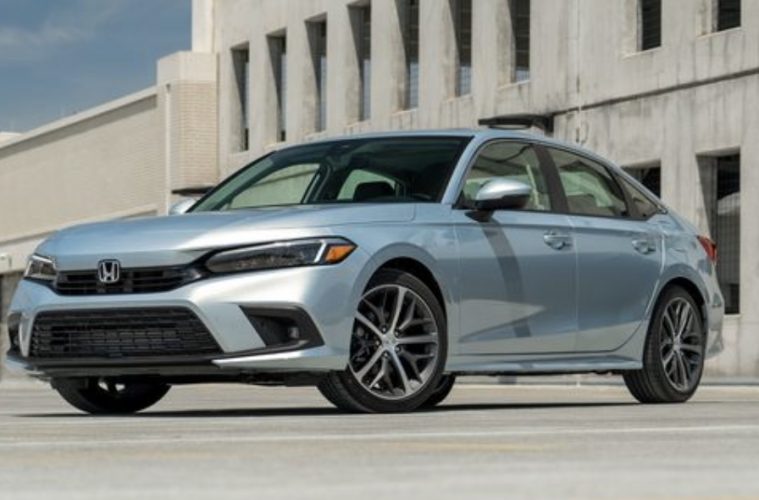 The all-new 2022 Honda Civic is fun at every turn

Small sedans or hatchbacks are running the core of the automotive industry, grabbing in all the headlines and sales figures. This time around, the major headline gracing the front pages of every automotive newspaper is the new 2022 Honda Civic. The Civic has been one of the most exciting compact cars in the market, attracting customers like bees thanks to its urban versatility and excellent value-for-money. The Japanese automaker gave us a sneak peek of its redesigned 4-door sedan just last year. The snapshots revealed a stylish car in the making.

Recently, Honda shed full light on the redesigned Honda Civic. The 11th generation Civic sets new standards for its segment, by offering a reformed safety suite and more comfort inside than the previous generation. Other changes onboard include new standard features, a revamped cabin, and slightly improved fuel economy. Tune in to our article to discover all the changes coming to the 2022 Civic and why this could be the best Civic created in recent years.

Under the elongated hood, the new Honda Civic sports the same engine lineup as its predecessor. Standard on the lower-end LX and Sport models is a naturally aspirated 2.0-liter inline-4 engine that churns out 158 horsepower and 138 pound-feet of torque. Moving up the trim pyramid, buyers of the EX and Touring variants can relish the seamless power provided by a 1.5-liter turbo-four engine.

This engine offers 180 horses and 177 twisties and is a slight improvement over the outgoing model. Honda has implemented plenty of minor tweaks to the powertrains such as a reworked catalytic converter design, revised intake plumbing, and lower-friction wheel bearings. With these minor changes, the Civic’s fuel efficiency is slightly improved. Thus, the new Civic gets an additional 1 or 2 miles per gallon.

Classical stick-shift lovers are still in for a disappointment, as the manual gearbox won’t be making a return to the Civic lineup. Demand for manual transmission in the US doesn’t meet Honda’s standards, hence they aren’t keen on bringing the powertrain back. Instead, both powertrains are paired to a continuously variable transmission. The CVT features almost every compact car in the market today, as it undoubtedly helps with fuel economy.

The Honda Civic sets in the new age by eliminating the robotic-looking dashboard of its predecessor and instead settling for a much horizontal and cleaner dash design. A honeycomb trim runs the full length of the dash, adding an exceptional level of detail to the simple dashboard. Honda cleverly integrates the air vents behind this ingenious decoration. Beneath it is a set of joystick-like controls that work with almost Swiss watch precision. The whole cabin features an excellent combination of soft plastics and beautifully textured materials. Drivers will also appreciate the traditional mechanical gear selector.

Moving to the seats, the Civic introduces a new front bucket design for the front seats. These seats feel more comfortable than before. Hopefully, these seats might support you well on long drives as well. In the back, there is plenty of room for 3 passengers to fit in with ease. The ample amount of headroom and legroom will certainly leave you no complaints from the backseaters’ side. Even a 6-foot individual should find no problem in stretching his leg out in the rear compartment.

When you have a glimpse at the new 2022 Civic from the outside, you won’t notice many differences compared to the 10th-gen Civic. However, the 11th-gen Civic looks fundamentally longer and cleaner than the outgoing model. Honda stretched its wheelbase by 1.4 inches and widened the rear track by half an inch.

Honda engineers have moved the A-pillar bases rearwards by almost 2 inches. This gives the Civic an impression of having an elongated hood, which looks very upmarket in our opinion. Outward visibility has also been improved, thanks to a low, flat beltline and a rear end that resembles a Volkswagen Jetta. The new Civic has a trunk capacity of 14.8 cubic feet, which is a bit lower than what the outgoing model offers.

Honda has always set new standards of safety with its lineup of reliable vehicles. The 2022 Civic carries on that same promise, with its more rigid structural enhancements and new safety features. Stronger side pillars, a new front bumper structure, and a special hood design have significantly improved the crash protection measures. In the front, a new front airbag design reduces the risk of traumatic head and neck injuries in the event of an off-kilter frontal collision.

To sum it up, the 11th-gen Honda Civic inculcates the best traits of its predecessor and combines all of them with some new traits to create an attractive compact sedan. Honda didn’t move ahead with a complete overhaul, instead, it carefully worked out some changes with the collaboration of its engineers to make the Civic better than before.

The 2022 Civic definitely appears to be a gamechanger in its segment, with its stylish design, more efficient powertrains, enhanced safety, and subtle interiors. With this plethora of excellent changes, you can expect the Civic to be a bit more expensive than the outgoing model. Prices are expected to start around 22 grand. Expect the new 2022 Honda Civic to grace the showrooms by summer.