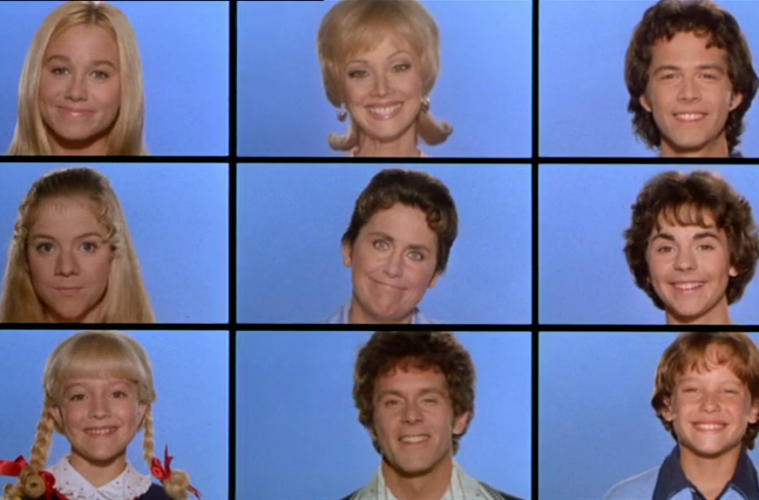 What Happened To The Cast Of The Brady Bunch?

The American sitcom aired from September 1969 to March 1974. During that time, the series earned a couple of awards and helped launch some actors into stardom. Revolving around a large blended family with six children, The Brady Bunch is one of the last old-style family sitcoms. What happened to the cast of The Brady Bunch?

After cancelation in 1974, the show went into syndication in September 1975. The show is still a popular staple in syndication among children and teenage viewers. Due to the success in syndication, the show launched a couple of spinoffs and theatrical movies.

The Brady Bunch is a unique show in many ways. For example, the regular cast appeared in the opening title sequence with headshots arranged in a three-by-three grid. Each cast member appeared to look at other cast members. The sequence used a new multi-dynamic image technique. Experts still refer to it as the Brady Bunch effect.

In 2010, TV Guide ranked the opening title sequence as Number 8 on a list of Top 10 credits sequences. Let’s see what happened to the cast of The Brady Bunch. 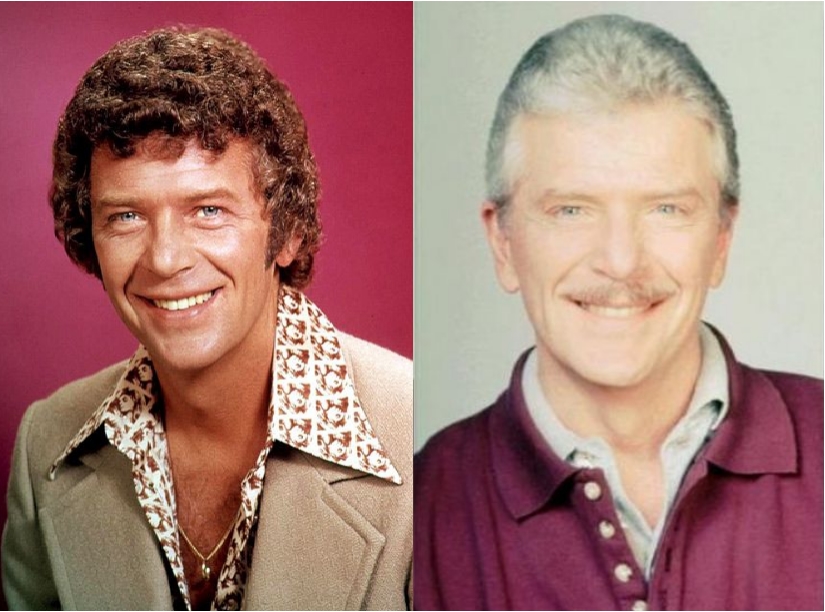 Robert played the quintessential family man. Many fathers still try to emulate the behavior and success of Mike Brady.

After the show ended, Reed moved to the stage. He also made guest star appearances in other shows. In 1975, he won critical acclaim for his portrayal of Pat Caddison in a two-part episode of Medical Center. That episode also earned him an Emmy nomination.

In 1981, he won the lead role for the medical drama Nurse. But after one season, the show got canceled. Despite his dislike of the Brady Bunch, he continued to appear in spinoffs and sequels for the remainder of his career.

Shortly before his death, he appeared in the touring production of Love Letters. He also taught classes on Shakespeare at UCLA. During his life, he couldn’t get the courage to get out of the closet. But after his death, Brady Bunch co-stars admitted they knew of his sexuality.

In 1991, he got diagnosed with colon cancer. He died in May 1992. Details of his death certificate revealed he had HIV. 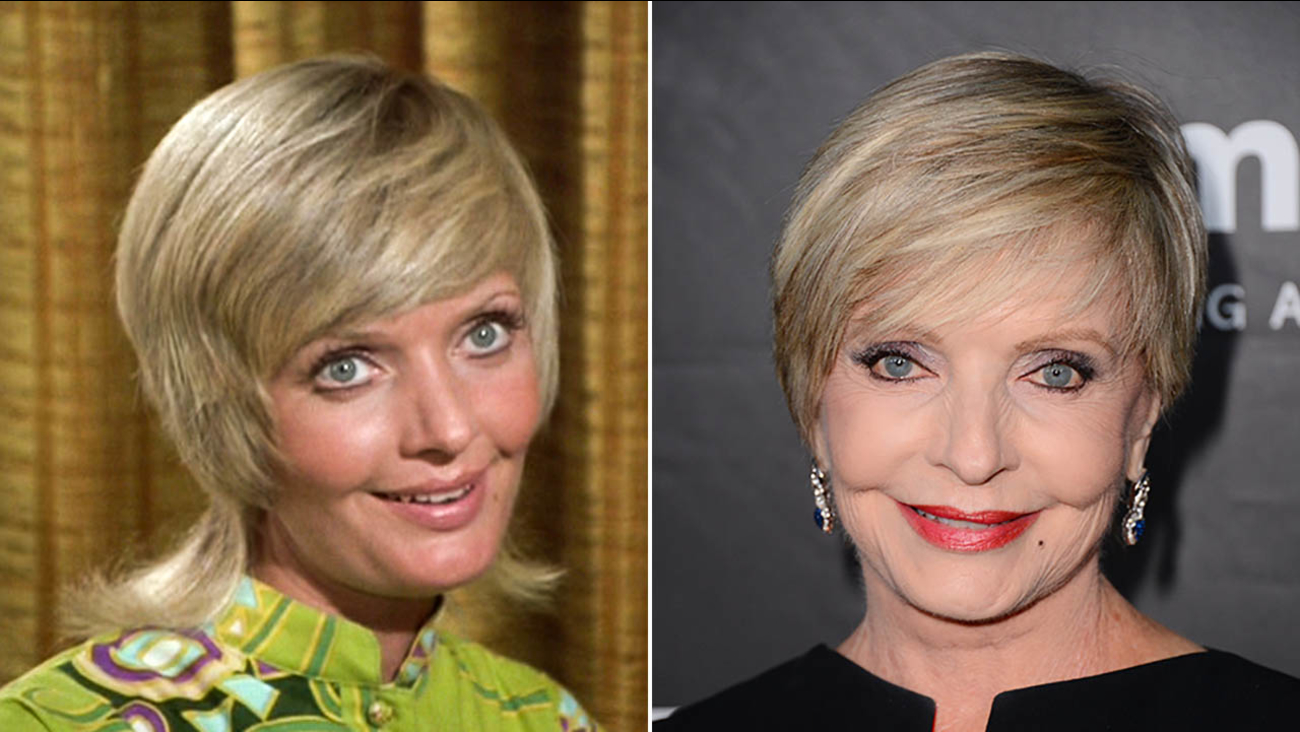 Her career spanned more than six decades. But many fans still remember her only as Carol Brady. Over her career, she made almost every Brady appearance.

She hosted both shows until her death at 82 in 2016 from heart failure. Before she even made her Brady debut, Florence broke a couple of barriers. In 1962, she guest-hosted The Tonight Show, the first woman to do so.

Entertainment Weekly ranked her as Number 54 on the 100 Greatest TV Icons list. She made a couple of appearances in reality shows as well. She participated in Dancing with the Stars. And in 2012, she made a special appearance on a Mother’s Day episode of The Price is Right. 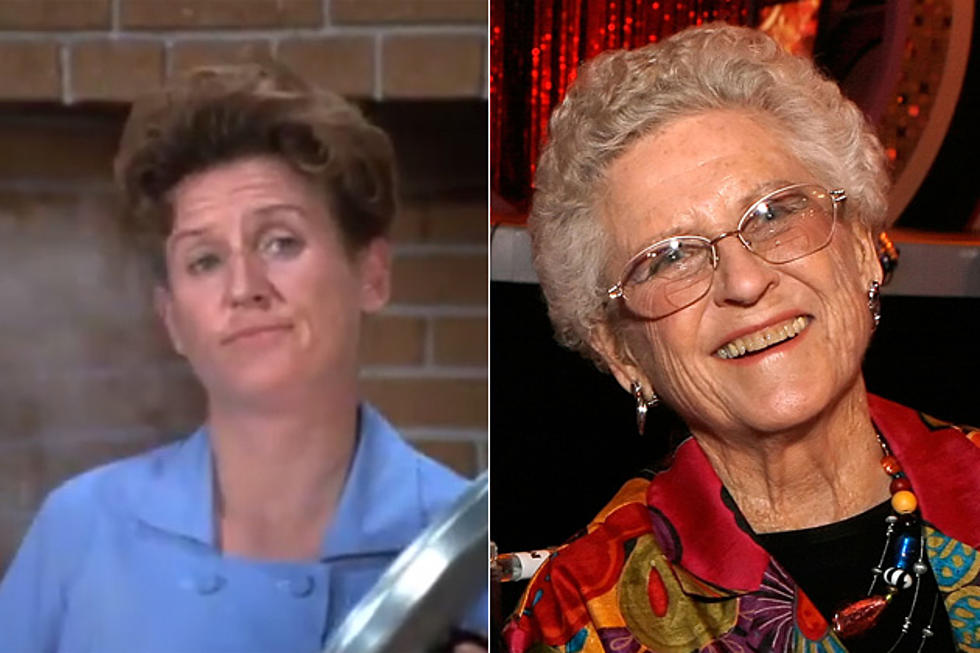 Ann earned her popularity on the NBC sitcom comedy, The Bob Cummings Show. For that show, she won two Emmy Awards. And then she got the role of Alice Nelson in The Brady Bunch.

During the 1960s and 1970s, she also appeared in television commercials for Ford Motor Company. She got featured in the Ford Fairline models.

After playing the nanny in the Brady Bunch, she returned to theater in the early 1990s. Davis performed in Arsenic and Old Lace, and the Broadway production and world tour of Crazy for You.

During her later years, she worked as a celebrity spokeswoman in Shake ‘n Bake commercials. She died in June 2014, at the age of 88. 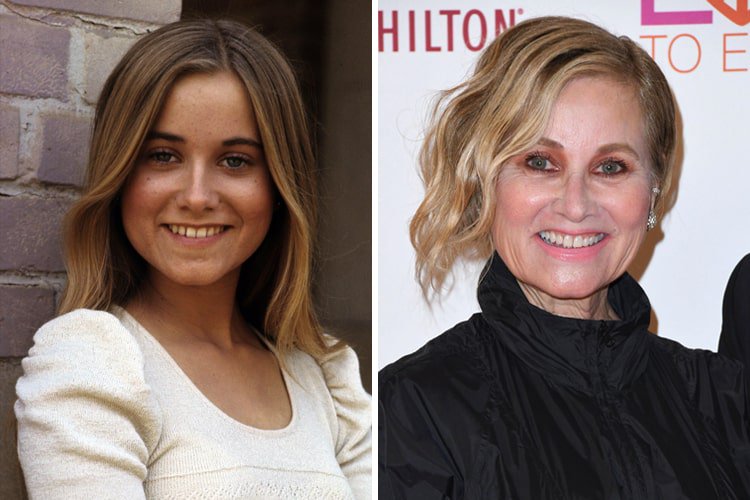 Maureen reprised her role as Marcia in many Brady Bunch spinoffs after the original series. And in the 1980s and 1990s, she ventured into stage acting. She portrayed Wendy Darling in Peter Pan and Betty Rizzo in Grease.

But let’s talk about her dark side. Following the cancelation of Bradys, she spent years battling cocaine addiction. She later stated that sometimes she traded sex for drugs during her 20s. This ruined her reputation as an actress in Hollywood. And then she dealt with depression and bulimia.

In the 1980s, she still got minor roles in television and movie projects. After making her Broadway debut in Grease in 1994, she tried other ventures.

In 1995, she released her debut studio album. She promoted it with a live performance in Palmdale, California.

In 2008, she released her autobiography, Here’s the Story: Surviving Marcia Brady and Finding My True Voice.

The American actress portrayed the middle daughter. Eve had her entertainment debut at the age of 7 in commercials. She also appeared as a guest actor in The Big Valley and The Virginian.

After the end of the show, she appeared in Dawn: Portrait of a Teenage Runaway and Little Women. She did continue to reprise her Jan Brady role in reunion movies and television series.

Plumb declined to reunite for the 1976-77 variety show, the only cast member to do it. During her life, Plumb painted for more than two decades. She enjoyed success at select galleries in the US. 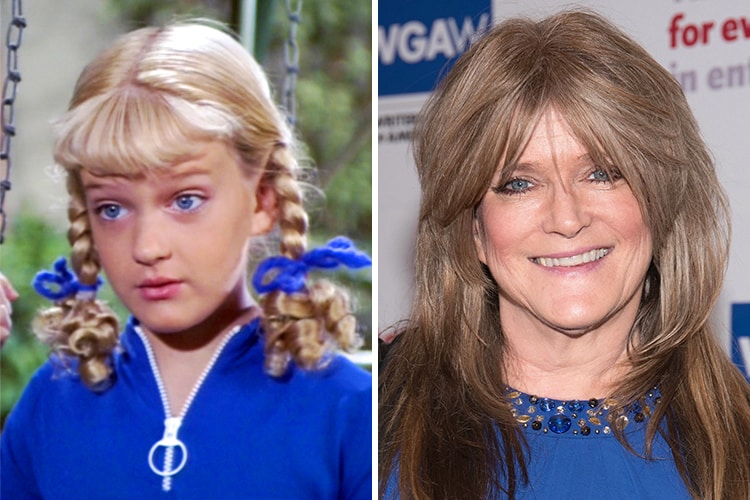 Susan portrayed the youngest Brady child for the full run of the show. After The Brady Bunch, she worked as a spokesgirl for Sindy doll. Marx Toys made them during the mid-1970s.

She also created the Marshmallow Fluff-inspired art. She is an avid animal welfare advocate. 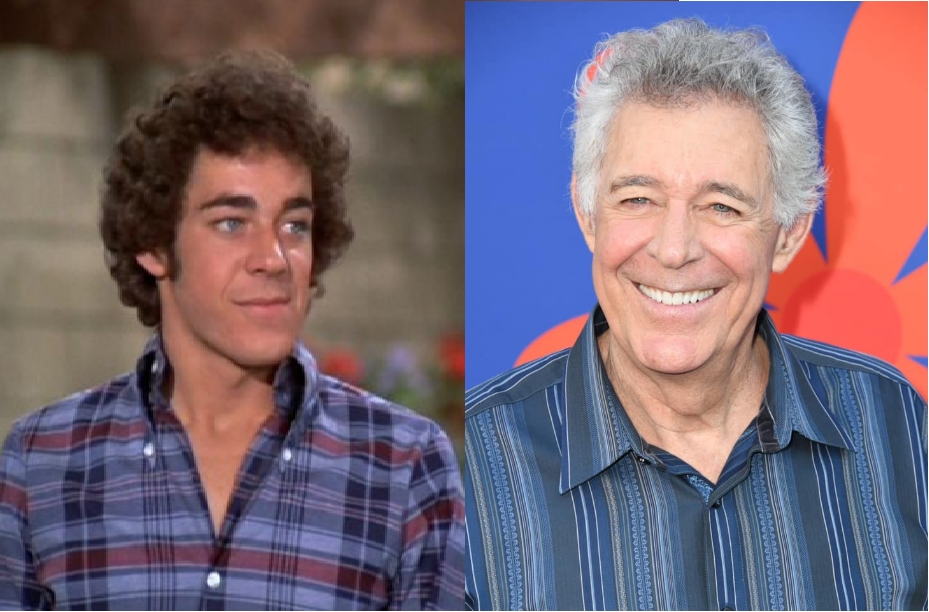 Following the cancelation of The Brady Bunch, Barry made guest appearances on television. He also started a musical theater career, touring with productions like West Side Story, Grease, and The Sound of Music.

He also continued to make appearances in Brady Bunch TV movie reunions. In 1992, he published his autobiography, Growing Up Brady: I Was a Teenage Greg. The book got adapted into a 2000 TV movie, Growing Up Brady. Adam Broody starred as Williams.

As of November 2016, he is the oldest surviving cast member of The Brady Bunch. 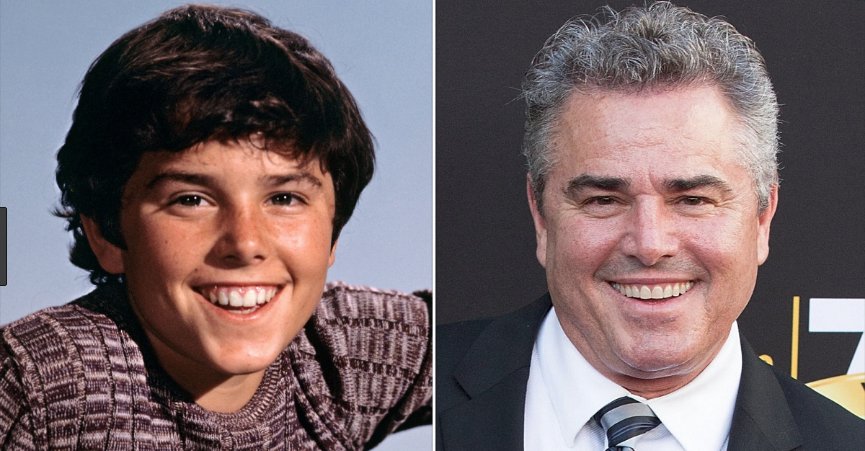 The American actor and businessman made his name for playing Peter Brady. After the show’s cancelation, he started a successful business career. He made a couple of appearances in the 2000s.

In 1988, he pursued a career in the computer industry. He started as an account sales manager for Martec Inc. Within 18 months on the job, he made the first million-dollar sales deal.

In 1991, Knight co-founded Visual Software, and then in 1995, he founded Kidwise Learningware. 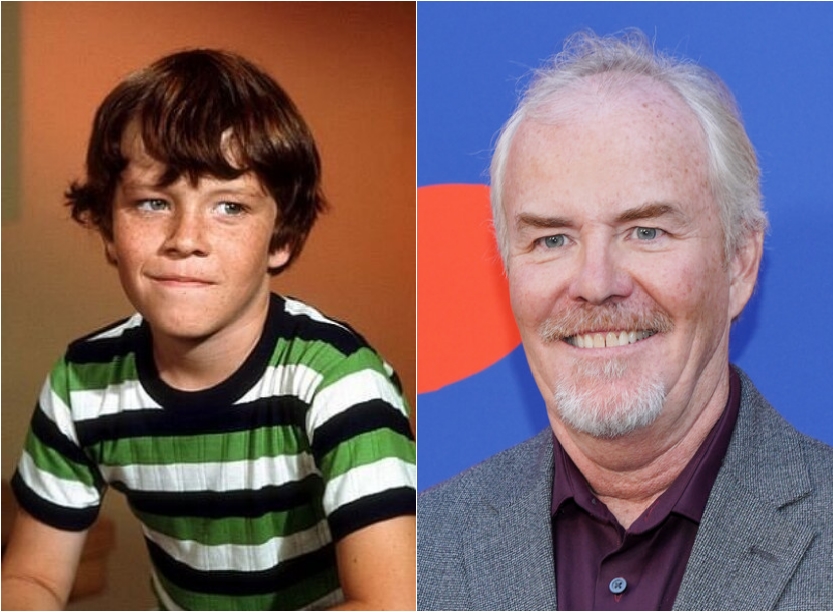 Famous for playing the youngest brother, Mike appeared in many sequels and spinoffs after the cancelation of the show.

Before the Brady Bunch, he worked as a TV-commercial actor. He made more than 30 commercials. Following the end of the show, he left show business. He operates a business making decorative concrete in Salt Lake City.