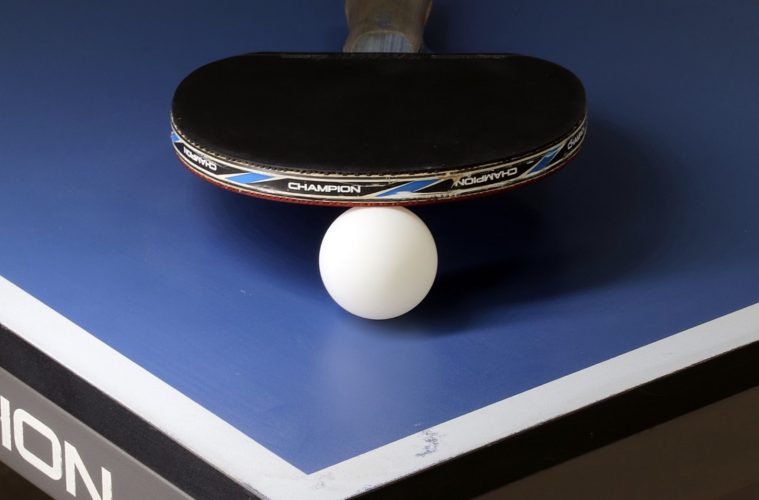 The Health Benefits of Table Tennis

Table tennis, or as some would say ping-pong (or even whiff-waff), is where two or four players hit a ball back and forth a table with a lightweight bat. The game replicates normal tennis, but instead of having a court to run up and down, they only have a table with a net in the middle.

Players must allow the table tennis ball played towards them to bounce once on their side of the table and return it so that it bounces on the opponent’s side of the table at least once. The point is scored when the player fails to return the ball within the rules, much liketennis.

Table tennis can be an enjoyable way to spend an afternoon with friends and family members that aren’t overly competitive (nobody likes a sore loser!). However, other than the social side to it, it does have a great range of health benefits.

We spoke to the team at Kettler, who sell a great range of table tennis tables for both indoor and outdoor use, about the different benefits that table tennis offers.

Table tennis is a great way to improve your hand-eye coordination. An intense game of table tennis will stimulate mental alertness and quick reactions. Have you ever tried to keep up with a table tennis ball? It’s a lot harder than it looks!

While you’re not running around, and you’re only moving up and down at around two metres, don’t underestimate how high your fitness levels need to be to take part in a table tennis rally. You still need to have quick movements in your arms, legs and body, so be prepared to work up a sweat!

Compared to sports such as rugby, football and tennis, there’s an extremely low injury risk that comes with table tennis. This is due to the sport’s lack of physical contact and the lack of running around. No running means fewer broken bones!

According to this site, playing table tennis can burn up to 400 calories per hour. So not only is it enjoyable, but you can burn off any extra snacks that you’ve consumed that day!

You could make a table tennis tournament into a daytime activity for yourself, your friends and your family. Why not make it into more of an event? Perhaps host a BBQ and get some drinks in for after the match. Hopefully, it will help ease the sore losers that lost to other attendees!