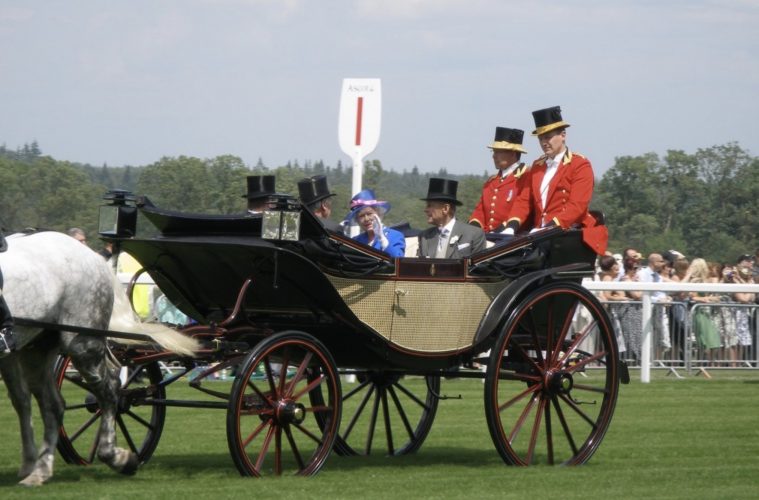 The History of Royal Carriages

Today, the world’s aristocrats travel in luxury vehicles and sports cars, but a few hundred years ago, the nobility moved around their territories in ornately decorated carriages.

Drawn by meticulously bred horses, these coaches demonstrated the might and power of the aristocrats. The appearance of the carriage says a lot about its occupant. Just like how modern car magnets display the affiliations of the driver, the emblems and decorations of a carriage display the allegiance and wealth of the nobleman it carries.

Let’s revisit the journey of royal carriages from their practical beginnings to their symbolic use today.

People began to use carts in the Iron Age. Celtic communities attached carts to horses, and ancient peoples in Egypt and China also used wagons and chariots for mobility in trade and war.

Everybody used the same type of carts and wagons until the Middle Ages. During this era, the horse-drawn carts used by the nobility started to become status symbols. They began to look different from the wagons of the common folk. These royal carriages were suspended by leather and chains and had ornate decorations. The embellishments displayed the power and privilege of those who rode them.

The Coach of King Mathias Coribus

The early royal carriages of the Middle Ages were heavy and slow. Moving at a slow pace may be ideal for ceremonial occasions, but it wasn’t practical when you’re ruling or at war. Moving from one territory to another took ages.

This was the dilemma that King Mathias Coribus of Hungary and Croatia presented to his wheelwrights in the 15th century. He commissioned a carriage with steel springs to offer the best suspension, so he can travel around his kingdom faster. His wheelwrights successfully finished the carriage, which was much faster and lighter than other carriages. In fact, whereas other carriages needed multiple horses, the king’s new vehicle only needed one.

The wheelwrights were from a small town called Kocs, which is pronounced “kotch.” This is the etymology of the English word coach.

Since then, this lighter and faster version of the carriage has become popular among the European nobility.

The Imperial Carriage Museum in Austria

Austria has a museum dedicated to the fleet of the Habsburgs, rulers of the Viennese Court. The Imperial Carriage Museum houses about 200 carriages, sleds, litters, and sedan chairs used by the Habsburgs and the Austrian nobility.

The museum’s highlight is the Imperial Carriage, the golden coronation coach used only for the holy ceremonies in crowning a new monarch. It’s surrounded by exquisite state coaches, as well as traveling carriages and miniature coaches for the noble children.

The Gallery of Coaches in Versailles

The Gallery of Coaches, located on the ground floor of the Great Stables at the Chateau de Versailles, houses a wide array of coaches used by the royalty and nobility of the Ancien Regime. It includes majestic carriages used by kings and emperors and small carriages used by Marie-Antoinette’s children.

Each piece in the collection is closely associated with a political event in French history, such as the funeral of Louis XVIII, the marriage of Napoleon I, and the coronation of Charles X.

The Royal Mews of Britain

The Royal Mews in the United Kingdom houses some of the world’s most famous — and still used — coaches.

These include the Gold State Coach, a gilded, eight horse-drawn coach that features ornately carved sculptures. The coach has three cherubs on its roof that represents England, Ireland, and Scotland. It was commissioned in 1760 by the 10th Earl of Huntingdon the coronation and marriage of George III. The Gold State Coach was also one of Queen Victoria’s favorite coaches, but she declined to use it after the death of her husband, Prince Albert.

The Royal Mews also has new models. The Queen’s Diamond Jubilee Coach, for instance, was first used at the State Opening of Parliament in June 2014. It combined traditional craftsmanship and modern technology. In fact, its interior panels are made of wooden pieces donated by over 100 historic sites in Britain, including wooden panels from the Canterbury Cathedral, 10 Downing Street, and Caernarfon Castle.

For royal weddings, the 1902 State Landau makes an appearance. It was specially designed for the coronation of King Edward VII in 1902 and is now used by Queen Elizabeth to meet heads of state. Princess Diana and Prince Charles also rode the coach to Buckingham Palace when they were married and the then Prince William and Kate Middleton during their nuptials in 2011.

Although they are no longer the most practical way to go around their territories, royal carriages still display the splendor of monarchies. They give us a glimpse of the lives of the once-powerful dynasties in Europe.