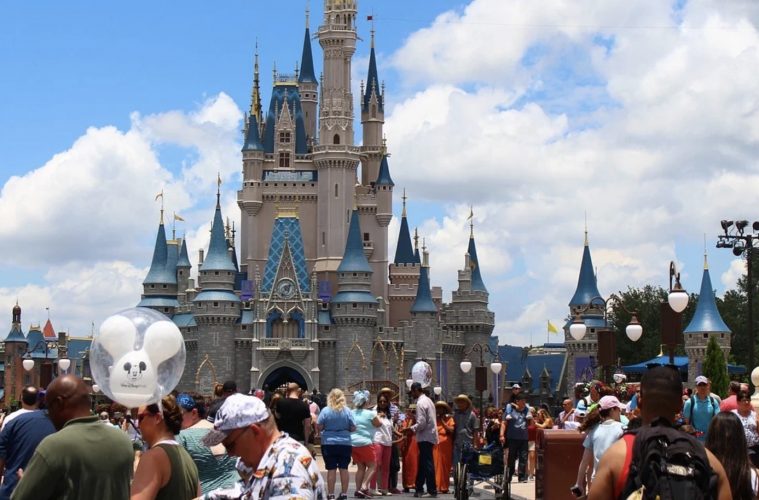 The Top 9 Tricks to Save On Your Tickets for Your Next Disney Trip!

Disney Parks attract millions of visitors every year from around the world.

It is estimated that two of the most frequented theme parks in the world, Magic Kingdom Park at Walt Disney World in Orlando, FL, and Disneyland in Anaheim, CA, both recorded close to 40 million visitors in 2018. That’s about the same number of people who live in California, which happens to be the most populated state in the U.S.

But it really comes as little surprise why people of all ages flock to these parks. They want to experience the iconic rides and attractions, eat theme park treats, and of course, interact with their favorite characters. However, as magical as a visit to see Mickey Mouse can be, the trip can be costly, especially if you have your kids along with you.

Of course, it’s Disney, and you will bring your kids. But in between trying to save money on merchandise, food, accommodation, and souvenirs, families often overlook how much they can save on a trip to a Disney Park by cutting down how much they’re paying for park tickets.

A one-day ticket to any one of Disneyland’s parks starts at about $105, while a ticket to Disney World will cost you around $110. While these figures largely depend on the date, the ticket alone can be enough to ward people off, especially if they intend to visit with the whole family.

No matter your financial stature, saving money is always a good idea, and for many people, limiting how much they spend on tickets might be the only way to afford a Disney trip or fund a slightly longer vacation.

To help you keep more money in your pocket, here are some tricks to save on your tickets to Disney.

As highlighted earlier, tickets to Disney parks might end up being your most significant cash outlay, with a one-day ticket setting you back at least $100.

But you don’t have to buy your tickets from Disney to get a good deal. In fact, Disney is not often the best place to find cheap tickets.

There are plenty of websites like parksavers.com that sell tickets at discounted prices throughout the year. You can save up to $20 to $25 on one ticket, so if you’re going as a family of five, you can save over $100 that you can otherwise spend elsewhere or save it altogether.

What’s even better is when Disney actually increases the ticket prices, these websites often have an inventory of lowly priced tickets left over, but they can go pretty quickly so, try to move fast if you’re planning a trip soon.

2. Pay For the Tickets Using Points

Using points racked up from Airmiles or loyalty points from credit cards is a great way of offsetting how much you’ll pay for your tickets.

If you own a Citi Prestige Card or Citi Premier Card, you can redeem points at a rate of 1 cent per point. Considering any of these cards earn you 80,000 points on purchases worth $4,000 within the first three months of opening the account, the points could translate to about $800 in tickets.

If you have a Capital One Venture Rewards Credit Card, you can also use the same approach as the one highlighted above. However, this one comes with a catch. You can only redeem them for Disney tickets if you’re paying for tickets and accommodation at Disney as a package.

3. Find a Place to Stay Close to the Park but Not Inside

It might be tempting to stay inside the park for ease of convenience. However, it may be  best to your pocket for you to find accommodation outside the park’s borders.

The hotels outside Disney parks tend to be a lot more affordable compared to Disney-branded hotels. Additionally, if you’re traveling as a family, it’d only make more sense if you booked a place like an Airbnb where you can have more space.

You’ll also access a kitchen where you can save even more cash by preparing meals for the family since dining out can really rack up the expenses.

4. Don’t Pay Full Price if You’re Going to Stay at a Disney Hotel

Staying at a Disney-branded hotel can be the single most costly aspect of a trip to any Disney park. For example, if you want to stay at a deluxe resort, the cost of accommodation could eat more than 50% of your entire vacation budget.

While deluxe resorts are great, their pricing isn’t as, and a lot of people would argue that they’re particularly worth it. Here is a list of three possible solutions you can consider instead:

When buying your Disney tickets, you’ll have the option of choosing between park hopper tickets and base tickets. The difference between the two is that the park hopper option allows you to visit as many parks as you can in a day, while the base ticket only allows you to go into one park.

For example, Disney World in Orlando has four parks, namely Hollywood Studios, Animal Kindom, Epcot, and Magic Kingdom. So, a base ticket will allow you to get into one of these parks, while a park hopper will allow you to do precisely that – park hopping. But here’s the gist.

Each park has so much to see and do that there’s absolutely no way you could do them all in a single day. Plus, moving from one park to the next can take a lot of your time. There’s also the fact that park hoppers cost almost double the price of a base ticket that you might already find challenging to afford.

A base ticket for one park is really all you need to have a day’s worth of fun.

Considering how busy Disney parks usually are, there isn’t a slow season per se. But Disney World unveiled a new pricing strategy in 2018 that outlined peak and off-peak seasons.

This change in pricing meant that tickets cost more when people visited the parks more often, such as on holidays or school breaks. However, it also meant that people could find cheaper tickets on off-peak days.

So, plan a trip to Disneyland or Walt Disney World during early November, May, and January. You’ll not only find fewer tourists and shorter lines for your favorite rides, but you will also be rewarded with cheaper tickets.

7. Pay for a Disney Vacation Package

One of the best ways to save not only on the ticket price but the entire trip is buying one of Disney’s vacation packages. The company has made it possible for people to customize the packages they’re paying for in that they can choose from either of Disney’s resort hotels, what theme parks they want to access.

For example, a package of a family of four staying for a week will cost you about $106 for a day for each individual. This means you’ll get to save on so much compared to booking accommodation and buying tickets separately.

8. Take the Kids Before They Turn Three

A good way of having fun with the kids and letting them experience the magic of Disney is taking them before their third birthday.

Being the world’s top family vacation locations, Disney parks cater to families with young children in those, kids who haven’t turned three yet can get in for free. As such, many families try and take advantage of this and save themselves a few hundred dollars by planning a trip right before their kid turns three.

Disney uses the honor system meaning parents don’t have to prove that their kids are indeed under the age of three.

9. Buy Tickets in Advance Before the Annual Price Increase

Ticket prices to Disneyland and Disney World increase annually, and in recent years, the company hasn’t even waited for a year to end before making the adjustments. So, if you know you will be going to Dinsey, it’s best to pay for the tickets before the prices are increased.

A family vacation to Disney is a classic American activity, just as July Fourth fireworks or going with the whole gang to see the kids play baseball. It’s a good, momentary escape from reality and can be a dose of good fun and a bit of magic. However, all the joy and happiness can come at a price – a very steep one at that.

However, this column should help you plan ahead. Know what you’re going to see beforehand and arrive at least 20 minutes before the parks are opened.

Note that the tips listed above may not work for everyone, and you need to consider what you’re trying to do while on your Disney trip. What you may deem unnecessary might be a make or break for somebody else.