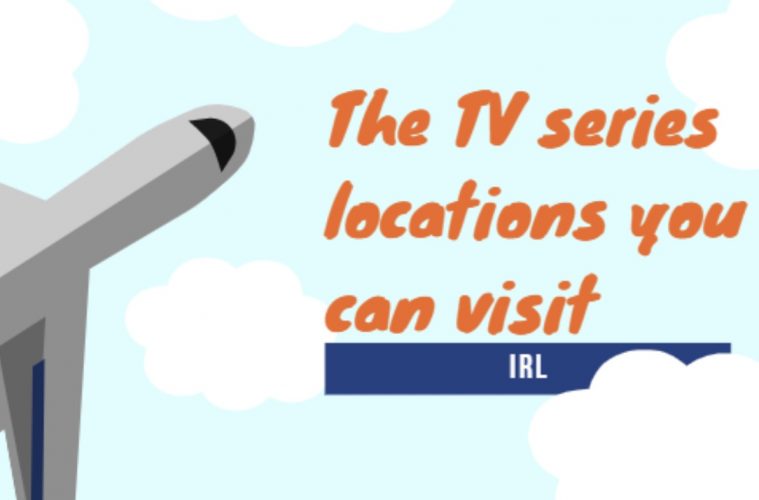 The TV Series Locations You Can Visit

There are several buildings in England’s capital that play host to the Netflix hit Bridgerton.

Bridgeton House: Rangers House is home to the exterior of the Bridgertons’ House. Based in Southeast London, Greenwich. Minus the wisteria, the Rangers House was originally home to Princess Augusta, King George 1’s sister. Now, it plays home to sculptures, jewellery, and French tapestry, all run by English Heritage.

The Bridgerton series’ see several characters wander through elaborate parks and gardens. Painshill Park, Surrey is masked as Primrose Hill in series one and is free to enter.

Episode 6: Friends in Low Places saw Anna and her friends take a (doomed) luxury vacation to La Mamounia-Morocco. The episode was filmed in not only the real La Mamounia but the exact riad that Anna Delvey rented in 2017. Filmmakers recently revealed that the managers of the hotel remember Anna and stated that she left the room ‘in a mess’.

Not everything in Inventing Anna is fully replicated. The infamous tour of Majorelle Garden, Yves Saint Laurent’s former Marrakesh mansion, is not the real location. The real mansion boasts so many expensive antiques, filmmakers rented a villa close by and took several steps, including building fake walls, to replicate the building.

Villanelle’s home in Barcelona was shot on the main floor of Cases Ramos in the central Gràcia district. Located in a Moorish architectural building fifty miles north of central Barcelona, the apartment which housed Villanelle’s Spanish escapades was designed in 1906 by Modernist architect, Jaume Torres Grau and is designed by its owners as “an architectural experience in the Modernist Barcelona of 1906.” The property is available to not only visit but is also listed on Air BnB to rent, with prices starting from around £240 a night.

The much-loved fantasy series has made numerous locations across Europe popular since its TV creation back in 2011. One of the most iconic locations was capital city Dubrovnik, which is featured across numerous episodes. Serving as the fantasy seaside capital of the Seven Kingdoms, Kings Landing, Dubrovnik provided a sense of the Renaissance, with baroque staircases and medieval fortified city walls. King’s Landing is home to The Iron Throne, which makes this a particularly popular attraction for fans.

Quite surprisingly, many parts of series 4 of the much-loved series The Crown, which followed Prince Charles and Princess Diana’s Australian tour, were actually filmed across Spain. The street shots, which feature Hotel Malaga Palacio, Castanon de Mena (a military residence) and Postigo de Los Abades (a neighbourhood street) are all actually on the streets of Malaga, a long way away from the Australian city it is supposed to be depicting.

Perhaps more surprisingly, the shot of Ayers Rock in Australia was not filmed there. Instead, the famous rock was depicted in Almeria in Llano del Buho near the Tabernas desert.

Spain also provides a backdrop in numerous other seasons across all series of The Crown, with Los Angeles Airport recreated with El Palacio de Congresos of Torremolinos, a convention centre in Malaga and the streets of Sotogrande, which is a privately-owned residential development based in Andalusia, which was dressed up to recreate the US states.

Love Actually fans will be all too familiar with the character Jamie rushing to proclaim his love for Aurelia in Portugal. However, the restaurant is not in Portugal but in the South of France! The Bar de la Marine restaurant is based in the southern port city of Marseille and boasts a traditional and typical 1930’s European backdrop. The restaurant has become a popular hotspot, not just because of the Love Actually fame, but also because it has a breath-taking view of the Old Port.