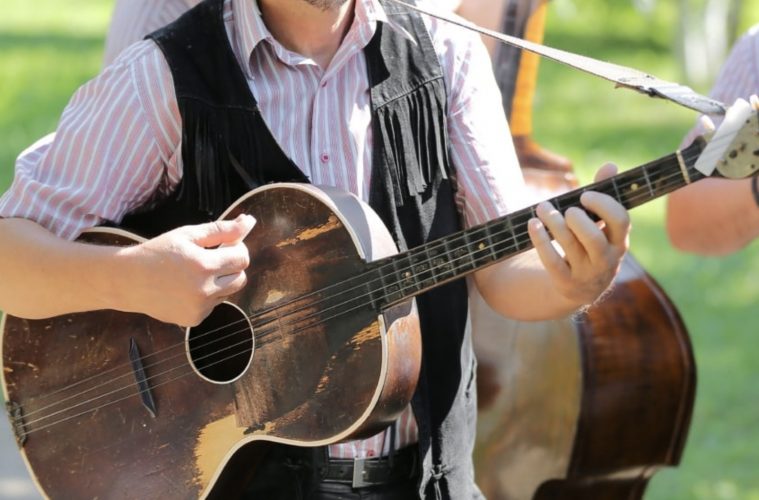 Things Every Musician Should Do at Least Once

The legendary great musician, John Lennon once said that “Life is what happens when you’re making other plans.” Planning and doing are two very different things. The music that he created and the lives that he touched with those songs are innumerable. Every musician doesn’t need to be John Lennon.

Each musician has a unique voice and perspective, and the world needs to hear what they create.

Can you imagine if he created all those songs in secret, never sharing them with anyone? There are plenty of things that every musician should do at least once. While it doesn’t make you any less of a musician if you choose not to, you’d be amazed at how doing these things can help you share your craft with the world and maybe even improve your health.

Play for Other People

Do you know how many people play music privately, but no one has ever heard their unique sound? Can you imagine the variety of music and songs we could experience if more of these secret musicians played for others? While it’s not necessary to be in a band, there are many ways to get your music out there. Simply create a video or audio clip of you playing. Post in on TikTok, YouTube, or another app. You can even create an alias so that people won’t know it’s you playing unless you want them to. Too often, people are afraid to play for others not because they are actually bad at music, but because their songs are so deeply personal that it feels like baring their souls.

Many musicians live their entire lives only playing on equipment they bought in a store. While store-bought drums or woodwind instruments can take you far, what if you play an instrument like the guitar? Some of the most famous guitars in the history of guitar players were either custom-made or heavily customized. Kurt Cobain’s famous axe was a combination of the Fender Jaguar and the Fender Mustang. Tom Morello, Gene Simmons, Prince, Eddie Van Halen, and many other guitarists are also known for their iconic–and custom–guitars. Where does one go about getting a custom guitar? You could wait until your band makes it big, or you could just start with building your own custom guitar from a well-known company like Taylor Guitar.

Teach Someone Else to Play

There are a lot of negative things said about teachers, but teachers are incredible. Music teachers take what they know and impart it to the next generation of musicians. They encourage students to go further, do more, and be better than they were. If you want to live a complete life as a musician so that your work never dies, impart it to the next generation. Teach someone the piano, how to play the guitar, and your favorite songs on the saxophone. You’d be amazed at how far your students will go when you give them the courage to do it.

Perhaps you play guitar. You identify as a guitarist, and no one can convince you otherwise. But did you know that your guitar skills are transferable? Meaning that even if the guitar is the only instrument you’ve ever played, you can likely learn another musical instrument. Give it a try. Sit down to learn the piano, or the flute, or literally anything that is not a guitar. Sure you may not be as good on the new instrument as you are on the guitar, but you might find that you enjoy playing music even if it’s now on a piano instead.

Go to a Live Concert

We listen to so much media and music every single day. These studio-recorded songs sound perfect. The singing is perfect, there isn’t a single mistake in the instruments and more. But a live concert is different. It’s raw, it’s edgy, it’s unique. Whether you head out to a Jewel concert and hear her get off pitch once or twice, or you hear the lead guitarist in your favorite band mess up on one of his riffs, you’ll come to realize that even the best musicians aren’t perfect. This can help you build up confidence especially if you desire to play in front of other people.

Musicians have spent time developing their skill, learning new songs, and practicing sometimes until their fingers literally bled. They have poured their heart and their time into music. Music is an extension of their soul, these are some of the ways to help it grow bigger than themselves.