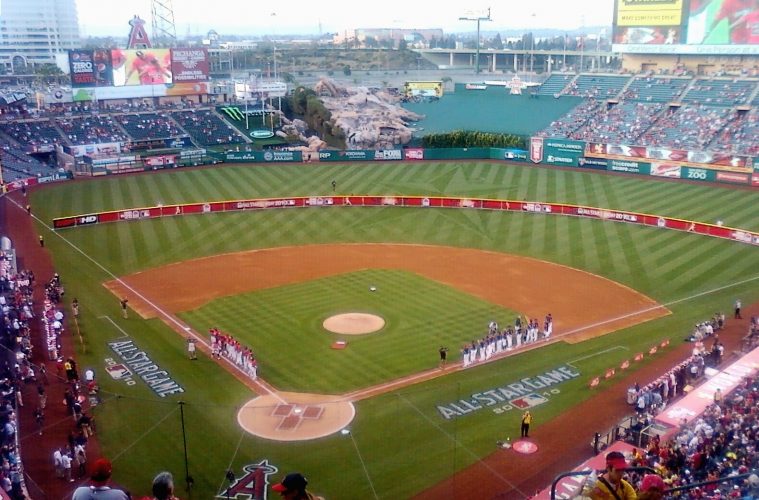 Top 5 Baseball Legends: Players Who Have Changed the Game

Baseball is right up there with football as one of the favorite American sports. Not many people abroad take a liking to it. Some find it too static and some consider it a cheap cricket knock-off, but for Americans, baseball is always going to be a major part of Uncle Sam’s cultural heritage. Whether it is Red Sox winning the World Series for the first time in almost a century in 2004, or Dock Ellis pitching a no-hitter while (allegedly) under the influence of LSD, baseball history is full of iconic moments that the majority of Americans hold dear to their hearts.

Nowadays, hundreds of thousands of people gather around their television sets or fire up their favorite baseball live stream every weekend to watch the MLB and cheer their teams on. Each year, the World Series best-of-seven playoffs continue to break baseball viewership records. With players constantly pushing the limits of the game forward, the Major League Baseball only stands to grow in popularity.

Regardless of whether you’re a New York Yankees fan or a staunch supporter of Los Angeles Dodgers, you simply can’t deny the skill and devotion of some of the baseball players who have graced the sport. This article is a compilation of the five greatest players in MLB history who have dominated the MVP award ceremonies and helped their teams win countless trophies. Enjoy!

It only fits to start the list of the greatest baseball players who have ever lived with Stan Musial. After all, was he not only an unbelievably good player, but also a stand-up citizen, loyal to his club, city, and country. He’s spend all of the 22 years of his career with St Louis Cardinals, and after it was time to hang up the bat, he continued to work towards the betterment of St Louis and the surrounding area.

Hank Aaron was the Home Run King for a mind-boggling 33 years. The power of his batting has arguably not been matched to this day and his 755 career home runs were a number that many baseball fans all over the United States had a difficult time getting their heads around. It is safe to say that he has deserved his “Hammerin’ Hank” nickname and all of the accolades that came along with it.

Three Gold Glove wins, one World Series title (1957), and one MVP award really don’t do Aaron justice. In ’57, he’s almost single-handedly carried the Milwaukee Braves to win the World Series, and had he played alongside some better players, his honors tally would have been much longer.

Some baseball purists may call it unfair to be adding a steroid-era player into the mix of the five greatest players to have ever graced the MLB, but if given the amphetamine crazes of the past decades in MLB and some of the other scandals surrounding the league, removing steroid-using players would not seem fair.

Even though Barry Bonds may have had some artificial help with his achievements, his numbers are still astounding. After all, with 762 home runs to his name, Bonds was the player to break Hank Aaron’s long-standing record of most home runs in one’s entire career. If that was not enough, he’s also the record-holder for most home runs in a single season, having batted a mind-boggling 73 of them in 2001.

Breaking records is undoubtedly very commendable, but an even more significant indicator of greatness is consistency and versatility. Willie Mays was arguably the most well-rounded player in Major League Baseball, and up-and-coming stars may have a difficult time matching his consistency. Not only has he amassed 660 home runs and a .302 batting average throughout his 24 seasons in the game, but he was also one of the best defensive outfielders in baseball.

His skills both in attacking and defensive play have made him the greatest center fielder in the history of baseball. Despite only winning the World Series once (in 1954, with the San Francisco Giants), he was picked for the MLB All-Star team 24 times, every season of his career.

Even though players who came after him have broken the records he’s set, there is a reason why the name Babe Ruth is recognized even by those who don’t have the faintest idea about baseball or the game’s rules. Ruth was an absolute dominant presence on the field. For 13 years straight (1918-1931), he has held the title for most home runs in a season, having hit 602 of them over that period. To help you grasp the magnitude of this achievement, you should only know this: no other player has managed to hit more than 300 long balls in that period.

He’s won the World Series 7 times and is an established MLB legend, a sports personality recognizable not only in the United States but also around the world.

So there you have it — the five greatest baseball players of all time. While some of the currently-active baseballers may come close to reaching their numbers in terms of batting average or stolen bases, these legends listed above were just something else. Their sportsmanship, dominance of each respective era and the way they led their teams to spectacular, unexpected victories were what made them stand out from the crowd of great but otherwise forgettable stars.

The sheer fact that Hank Aarons has managed to break (and by a long shot) the record of the most home runs in the history of baseball while enduring constant racist abuse from his own fans in the 50s and 60s America is a testament to the strength of his character. The other MVPs on our list were also extremely resilient. Good play can get you into the Hall of Fame, but it is your mentality, on top of your athletic ability that turns you into a legend.