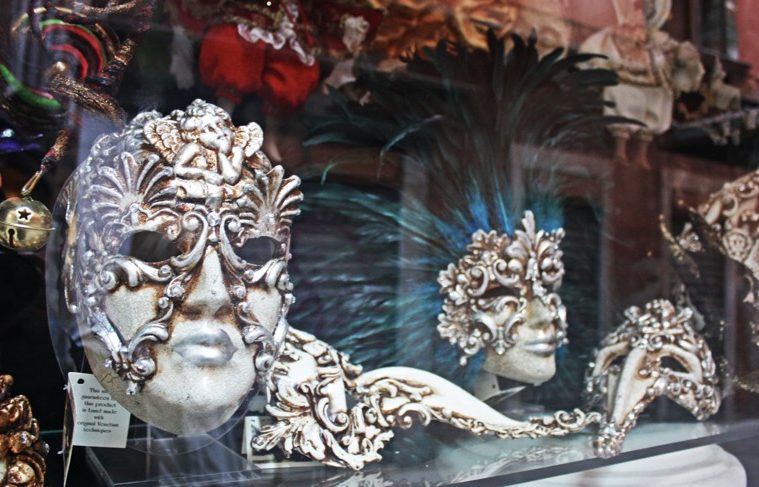 Venetian masks are the symbol of Venice

The masks of Venice are one of its most iconic symbols. Dating back to the 12th century, they have a long and rich history that is inextricably linked with the city itself. Venetian masks are now synonymous with Carnival, which occurs every year before Lent. However, their original purpose was far more serious – they were used by actors in theatrical performances known as commedia dell’arte.

Ironically, it was Napoleon who eventually brought an end to this tradition when he occupied Venice in 1797. He banned all public festivities, including Carnival, and the use of masks soon fell out of favor too. Thankfully though, there has been a resurgence in recent years and they are now once again widely worn during both Carnival and other events throughout the year.

What makes Venetian masks so special?

There are many factors but perhaps chief among them is their intricate design details coupled with their often dramatic appearance – no two masks are ever quite alike! They come in all shapes and sizes too; from small Ferrara-style half-masks to imposing Volto or Medico della Peste full-face models complete with beaks or horns. Each type has its own unique characteristics that help portray different emotions and characters, making them perfect for theatrical performances, masquerade balls, and carnival celebrations.

What do Venetian masks symbolize?

When most people think of  Venetian masks, they immediately imagine the elaborate and decorative designs popularized by movies and carnivals. However, these masks have a rich history that far exceeds their current use in festivities and Pageants.

For centuries, Venetian masks were used as a means of hiding one’s identity during Carnival season. This was not only done for practical reasons (to avoid being recognized), but also because it lent itself to more spontaneous and uninhibited behavior.

Masks have been used throughout history as symbols of change or transformation. In ancient Greece, actors wore masks on stage in order to portray different characters; each mask represented a specific persona with its own unique set of emotions and behaviors attributed to it.

The idea behind this was that the actor could inhabit any role he desired simply by putting on an appropriate mask. This type of masked performance can still be seen today in places like Mexico City during the Day of the Dead celebrations.

The popularity of masquerade balls has ebbed and flowed over time, but there is no doubt that they continue to hold great allure for many people – especially when held in exotic locales such as Venice.

Why do Venetian masks have long noses?

The long nose on Venetian masks is a holdover from the days of the Black Plague. The herbs and flowers that were held in the nose would help to filter the air and cover up any bad smells. This was important because, during times of plague, there was an abundance of smelly corpses.

The Venetian masks are typically very ornate and decorated, often with feathers or sequins. They often have a long nose, which is thought to represent the beak of the bird-like creature called a “Pelican”. Some masks also have protruding horns or other exaggerated features.